Two of the three players the Mets non-tender on Friday afternoon would be worth bringing back to the organization on more reasonable contracts.

With David Wright and the Mets coming to terms on an eight-year contract in the wee hours of the morning, it would be understandable if Major League Baseball's non-tender deadline — which takes place at midnight — went overlooked today.

But late this afternoon, the Mets made it official: Mike Pelfrey, Manny Acosta, and Andres Torres have been non-tendered by the club. None of those moves came as a surprise when it was reported earlier in the week that the Mets were likely to non-tender all three players, but that doesn't mean the organization should sever ties with all of them immediately.

Whether or not Pelfrey would even consider coming back to the Mets is uncertain. With R.A. Dickey, Jon Niese, Johan Santana, Matt Harvey, and Dillon Gee penciled into the Opening Day rotation and Zack Wheeler waiting in the wings, Pelfrey might prefer to sign with a club — the Minnesota Twins, for example — that would gladly hand him one of its rotation spots once he's fully recovered from Tommy John surgery.

If he is open to coming back to Queens on a one-year, incentive-laden deal, though, the Mets would be silly to send him packing. It's all but impossible for a five-man rotation to make it through an entire 162-game season without at least one of its members missing a few starts, and as good as Matt Harvey looked in his first ten starts in the big leagues, he still has just 59.0 innings of experience under his belt at baseball's highest level. If Pelfrey's available on the cheap, the Mets would be wise to bring him back as one of the team's backup plans for the rotation.

As for the bullpen, the Mets are looking particularly thin at the moment. Frank Francisco and Bobby Parnell are guaranteed spots on the Opening Day roster. Josh Edgin has a good shot at making the club, if only because he's a high-strikeout pitcher and there aren't many other left-handed options available on the team's 40-man roster. Tim Byrdak was re-signed, but the Mets would be lucky to see him back at all in 2013 as he recovers from injury. That leaves four spots open in the bullpen. 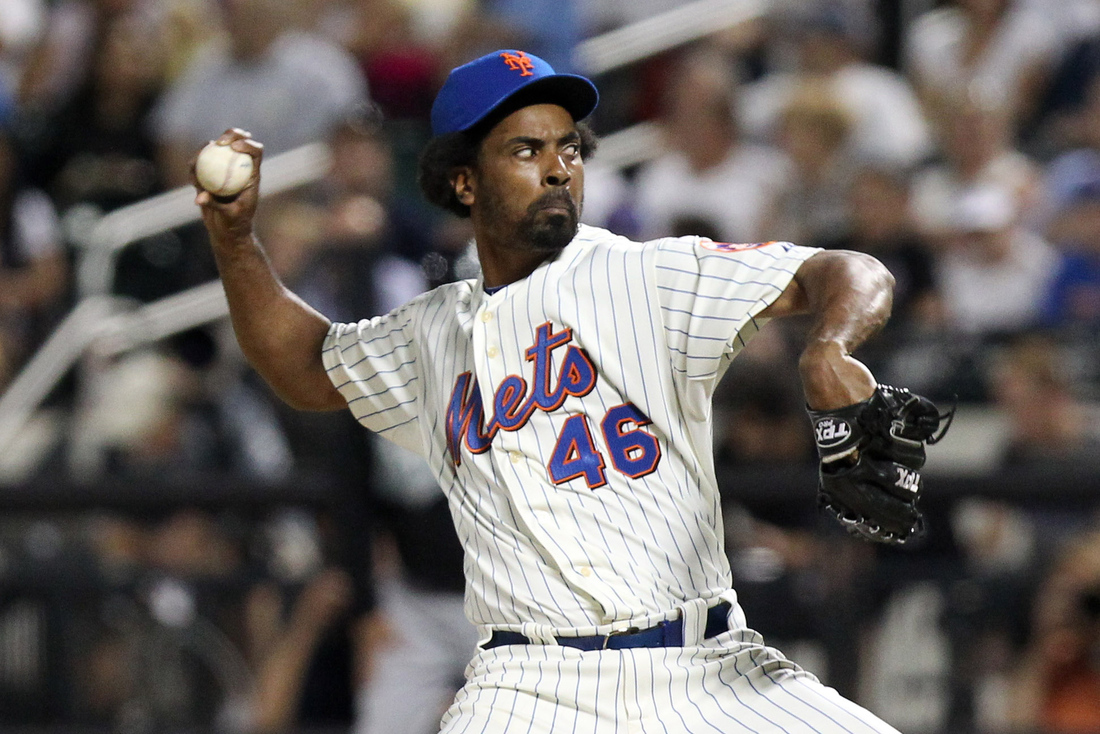 Manny Acosta wasn't anyone's favorite Met over the past three seasons. Sent packing by the Braves, Acosta joined the Mets before the 2010 season and wound up throwing 134.0 innings with the Mets between then and the end of the 2012 season. Between 2010 and 2011, he posted a 3.22 ERA with 88 strikeouts and 32 unintentional walks in 86.2 innings.

By the time Acosta reappeared in a Mets uniform on July 24, the team's season had gone down the tubes, which made it easier for his critics to write off his second-half performance as an insignificant occurrence. But over the course of 25.1 innings, Acosta posted a 1.78 ERA, recording 23 strikeouts and issuing 10 walks in the process. Of course, Acosta isn't that good, but his true talent level lies somewhere in between his first- and second-half performances in 2012.

If no other team in baseball makes Acosta a better offer, the Mets should bring him back on a minor league deal. He won't be the team's best relief pitcher, but he could easily be as good as or better than any one of Elvin Ramirez, Greg Burke, Robert Carson, Jeurys Familia, and Jenrry Mejia.

The Mets made the right call in non-tendering Pelfrey, Acosta, and Torres, but they'll be better off next year with both pitchers on cheap deals than they would be without them.