What Do The Mets Have In Ruben Tejada?

Ruben Tejada is now firmly ensconced as the shortstop for the New York Mets. With a (nearly) full season of at-bats behind him, what do the Mets really have in Tejada?

Share All sharing options for: What Do The Mets Have In Ruben Tejada?

Without a doubt, one of the biggest and most important events of the post-2011 offseason was the move of long-time Met Jose Reyes to divisional rival Miami. While many Met fans (like myself) bemoaned the loss of one of the most dynamic players in baseball, many other Met fans (like myself) had confidence that the position was in good hands. Ruben Tejada had just come off a season in which he'd split time at both shortstop and second base, and he'd put up solid offensive numbers (.360 on-base percentage, .314 wOBA) in 96 games.

Best of all, Tejada was just entering his age-22 season, with plenty of room to grow.

While Tejada didn't exactly emerge as Jose Version 2.0 in his first full season as Mets shortstop, the post-Reyes era in Flushing was hardly a complete disaster. Ruben mostly held is own in 114 games last year, and I'd actually consider Tejada a good shortstop for the Metropolitans over the course of the season. Not great. Not fine. Good.

But let's go into a little more depth, shall we? 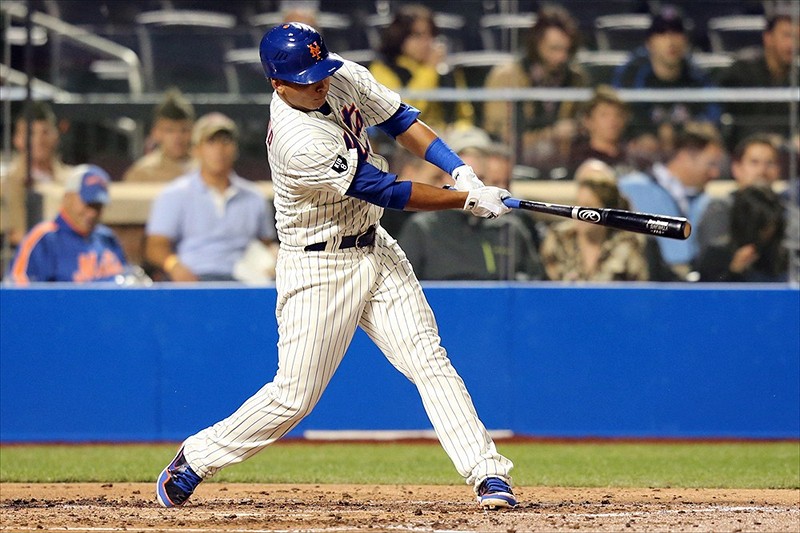 Tejada's 2012 season paints the portrait of a "traditional" shortstop: a bat-control hitter with limited power. But there's some good news here. This slash line — and all the associated offensive production that went along with it — ended up giving Ruben a .304 wOBA (weighted on-base average) and 92 wRC+ (weight runs created, adjusted for league and park effects, expressed relative to a league average of 100). Ruben Tejada's offensive production, after adjusting for league and park, was about 8% worse than league average.

That's actually not too bad! Especially for a shortstop! For the major leagues in 2012, shortstops only averaged an 86 wRC+. So while Ruben may have been 8% worse than league average, the average shortstop was considerably worse than that.

Now, this doesn't mean that Ruben gets a free pass on his 2012 offensive performance. While Ruben possessed a pretty decent walk rate in the minors and in his first two seasons on the Mets' roster, he saw his walk rate dip from 9.3% in 2011 to 5.7% in 2012. For a guy without much power, Tejada's gotta get on base any way he can, and walks count. Bringing this number up will only help his offensive performance.

Tejada was also the beneficiary of a .339 batting average on balls in play. That sounds like a pretty high number, and that's because it is. The average BABIP for a major league hitter was .297 last season, but Ruben was actually unlucky last year with regard to BABIP, at least according to Eno Sarris. Eno ran expected BABIP (xBABIP) numbers (based on this methodology) and it turns out that, given Ruben's batted-ball profile, he probably should have had a BABIP closer to .369, not .339! That would've been worth quite a few more hits, and would've made his on-base percentage a bit more respectable.

Ruben stole four bases in eight tries, which made him a net negative as a base stealer, to the tune of about a run and a half. Ruben also was a slight positive (0.7 runs) running the bases when NOT stealing, according to Mitchel Lichtman's Ultimate Baserunning, so his overall contribution on the basepaths cost the team somewhere between half a run and a run. 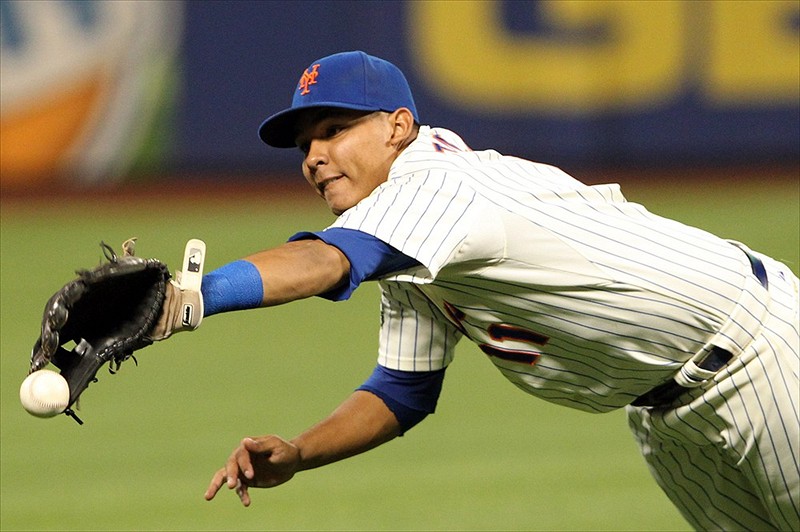 Given that Ruben's an okay, but not great, hitter, we'd want — and reasonably expect — him to provide positive value on defense. And the best way to determine that positive value is through more stats!

Ruben made 12 errors on the season, eight of which were throwing errors. That's actually a pretty small number of errors, but I think we're all to the point where we recognize that errors are not exactly the most useful measure of defensive prowess. Let's look at two defensive metrics calculated in very different ways: Defensive Runs Saved (or DRS, which comes from John Dewan and Baseball Info Solutions) and Fielding Runs Above Average (or FRAA, which comes from Baseball Prospectus).

According to DRS, which is, in my view, a more range-based metric that relies on the Baseball Info Solutions staff and their judgements to some degree, Ruben grades out as perfectly average. Tejada earned a positive three runs due to "good fielding plays" or plays that directly benefited the team. In addition, Tejada lost three runs in the "plus/minus" category of DRS, which deals with range and the ability to convert batted balls to outs. That's a total of zero runs earned, which is perfectly average.

FRAA isn't quite as kind to Ruben. The goal for FRAA is to eliminate scorer's bias, and as a result, focuses only on plays made compared to the average player, while controlling for pitcher, hitter, park, and base-out state (i.e., the number of outs and the placement, or not, of baserunners). This system gives Tejada a score of -4.6 FRAA, which could be called "poor," probably. Per this methodology, perhaps Tejada is about half a win worse than an average defensive shortstop.

The truth, as always, probably lies somewhere between DRS and FRAA. I see Ruben as a fundamentally sound shortstop without special range or arm, and that puts him somewhere close to "average." Given his current age, makeup, and physical tools, I'd expect his defense to improve slightly over the coming few years, but I don't expect it to shoot up to great or elite levels.

We can't talk too much about Tejada without referring to his age, or specifically the fact that 2012 was his age-22 season. Here's something you might not have known about Ruben Tejada's age: only 11 major league position players played close to a full season at age-22 or younger in 2012. And while the league is seeing a surge in talented, super-young players (Mike Trout, Bryce Harper, Giancarlo Stanton and Jason Heyward), it's nothing to sneeze at that the Mets' shortstop was one of the youngest everyday guys in the bigs.

The problem with Ruben is that he lacks the one thing so many young players have: projection. Tejada isn't a toolsy shortstop, meaning that much of the improvement we can imagine from Ruben will have to be incremental. Given what we know, it's probably unreasonable to suggest that Tejada will develop enough power to even hit 10-15 home runs in a season — but he could hit a few more doubles. It's not likely that he'll suddenly develop the range of an Adam Everett, but he could be more solid and see his first step improve.

But while Tejada lacks big-time projection, he also lacks big-time flaws. I'd venture to say that while his ceiling isn't so high, his floor is. Ruben's 2011 and 2012 proved that, if a few things don't break exactly right, he still provides league-average value at a critical position for bargain-basement cost. The fact that his bat is playing at something close to league-average at the age of 22 speaks to his ability to be a starting-caliber player, long-term.

For 2013, I think that a wise man would predict more of the same for Ruben Tejada. There could perhaps be some more doubles in the future. He may well play a more capable defensive shortstop. And the walks might come back.

If I squint *really* hard, I see a solid, productive regular at the position for a while, with the upside of a Yunel Escobar. And if Ruben merely repeats his 2012 performance for years to come, he certainly won't be holding the Mets back. He's just no Jose Reyes.

All stats come from FanGraphs or Baseball Prospectus.