Ah, who could forget the 'Diamond Kings' series, with their weirdly accurate artist renderings and their new age adornments? This is the stuff a 12-year old's dreams are made of. Seriously, look at that thing; I feel like I'm watching the opening credits to 'Saved by the Bell'. Which is awesome. 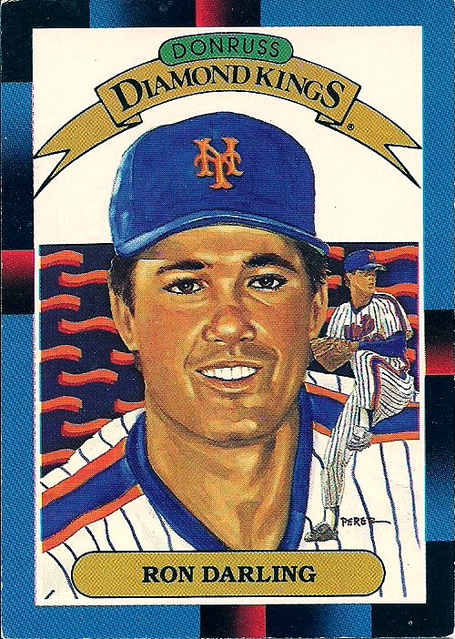 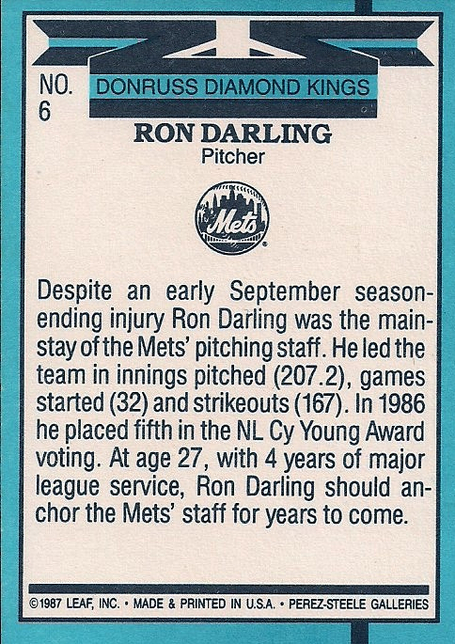 Obviously we know all about the subject of the card but what I found more interesting was the author. Or more accurately I guess I should say the artist. I noticed that little 'Perez-Steele Galleries' on the bottom and decided to look them up.

Turns out that Dick Perez is a renowned sports artist beyond just the work he did for the Donruss card company. In fact, he's been the official artist of the Phillies since 1972. Didn't know that was a thing. In that role he "created yearbooks, posters, prints and has designed a variety of sales and promotional literature" for the club. Actually, that's a pretty sweet gig, I wonder who does that for the Mets.

And even more impressive, he was the official artist for the National Baseball Hallf of Fame for over twenty years. "Each year Perez paints the official portraits of newly inducted members, and these paintings were displayed at the Hall of Fame during the player's induction year." Cool.

So there you have it, a 1987 Donruss Diamond Kings Ron Darling.