This Week In SNY, Featuring Ron Darling's Rant, Kevin In A Suit, And A Phillie Phan Middle Phinger

Share All sharing options for: This Week In SNY, Featuring Ron Darling's Rant, Kevin In A Suit, And A Phillie Phan Middle Phinger

This Week In SNY is back for 2012, ready to celebrate Gary, Keith, Ron, Kevin, Ralph and all the rest. Here's to a fun season. Let's jump right in: 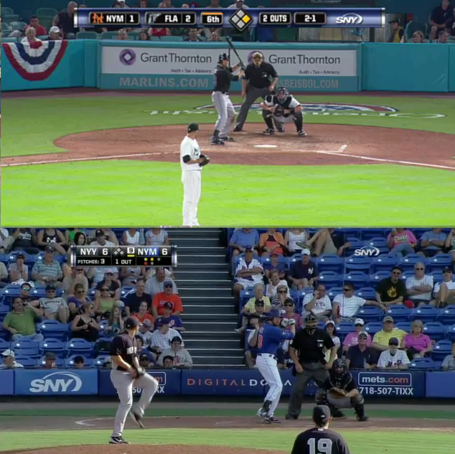 Here they are isolated:

The smaller the bug, the better. The new bug has a lot of numbers in a small space, so it's a bit confusing upon first glance. However, once you recognize what each number represents it's just fine. Separating the SNY logo from the bug is also a welcome change. Thumbs up!

Let's check in with Kevin! Kevin got dressed up for Opening Day and several other games this past week. Here he is in a suit, in front of a guy who is really pumped about the new Party City Deck at Citi Field: 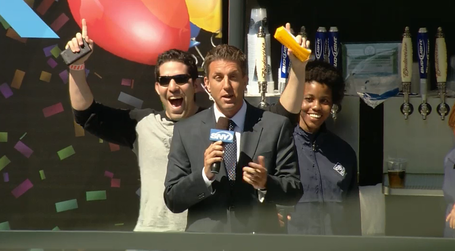 Here he is last Monday looking dapper with the sweater/tie combo: 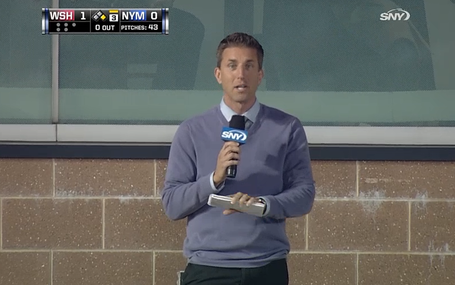 By this past weekend he was back to the old standard, the blue polo: 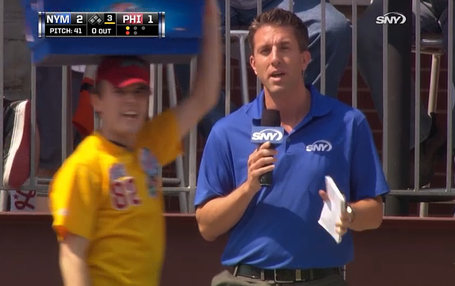 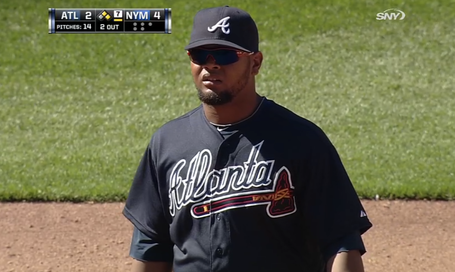 Keith: Another guy with his hat cockeyed. What is goin' on here? C'mon! Look like a ballplayer.

Ron Darling went on a memorable rant about pitch counts, specifically pertaining to Stephen Strasburg. Ron was mad as hell, and he wasn't gonna take these pitch counts anymore!: 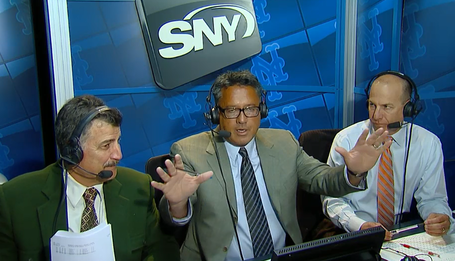 Ron: Let me ask you a question. Why do these organizations -- why do they want to pigeon-hole themselves? Why don't they just keep their big mouths shut? There's no reason to tell anybody that [Stephen Strasburg] is on any innings. They don't owe anyone that. Just shut your mouth and let him pitch...

...There's no artificial way to keep a guy healthy. They did everything you're supposed to do in the minor leagues and what happened? He had Tommy John Surgery in his first year! I mean, please. I'm so sick of the people who never played in the suits -- or they've got the white smocks on -- saying 'I know how to legislate when a guy is going to get hurt. And I give him these innings or that innings and he's definitely not gonna get hurt.' They did everything you're supposed to do. They did it all by the book, and in his first year he gets a Tommy John. Way to go. Fantastic. Great job. Did everything by the book. There's no book! There is no book! I'm so sick of hearing it! 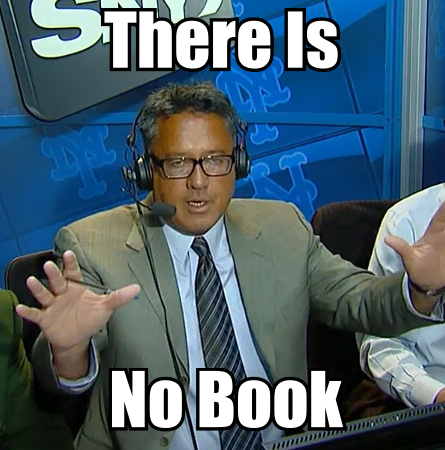 SNY brought back the post-win runway celebration shot and TWISNY continues to approve: 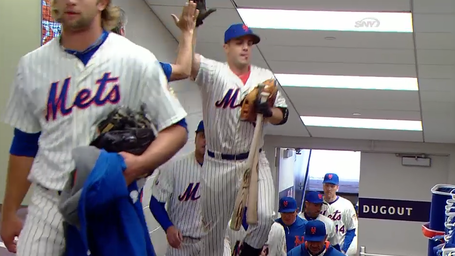 Daniel Murphy hit the game-winning single that night and received a shaving cream pie-to-the-face from Justin Turner during the postgame interview with Kevin. Murphy used Kevin's windbreaker as a towel (.gif via KeithsMoustache):

An open question: why don't players use whipped cream instead of shaving cream for the post-game pie-in-the-face? The player should be rewarded with a sugary dessert topping, not punished with eye-stinging Barbasol.

The Mets' clubhouse was out of whipped cream so shaving cream was the only option. From the Wall Street Journal:

Turner knew the Mets were out of whipped cream because he had looked for it while making himself a cup of hot chocolate earlier. He went straight for the shaving cream, ran back out to the field and smothered Murphy in it.

"If somebody had thrown a pie in my face, I would've hit them," Darling said.

Thank you to Ceetar for pointing this out.

We learned last season that Jason Bay had dreams of being a weatherman: 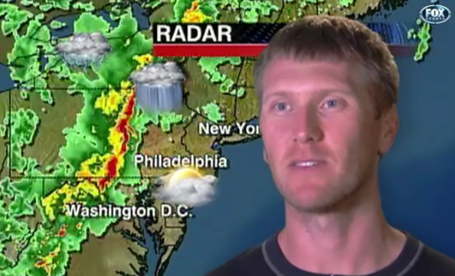 Unfortunately, it was not to be, and he took a job as a Dick's Sporting Goods kayak salesman instead. He even appears in Dick's television commercials, with an emo haircut and scruffy facial hair: 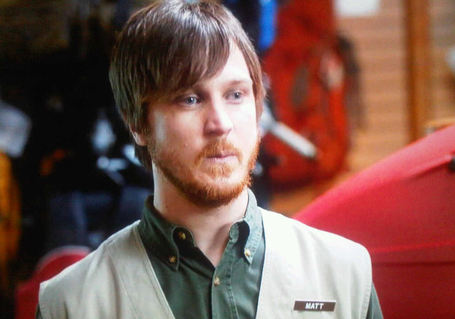 And he changed his name to Matt. Good luck to Matt/Jason on his new endeavor.

It's time to play "Where's The Jackass Phillies Fan?", a spinoff of "Where's Waldo?" See if you can spot the Phillies fan flashing an inappropriate gesture following Bay's home run off Cliff Lee on Friday night (click to embiggen): 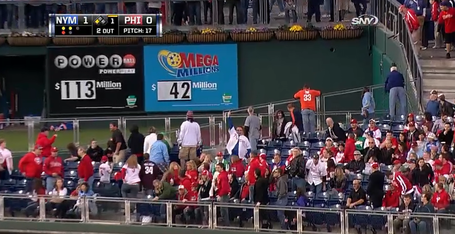 That's all for now. A big thanks this week goes to Rob Castellano and Chris McShane for keeping an eye out for SNY shenanigans. Send any tips or suggestions to ThisWeekInSNY@gmail.com. You will be credited if we run the material.