On this date, Wednesday April the 4th of 2012, an award of great privilege and prestige was bestowed at the royal Digital Domain Field in Port St. Lucie, Florida. The King of Spring Training Award is one of the highest honors that the spring training ballplayer can receive during the all-important month of March and throughout this year's spring training, one player stood out from all of the rest. One player put the team on his broad shoulders, kicked the collective ass of Small Sample Size limitations and tore through the assortment of crappy AAAA arms and shoddy minor league quality defenses to stake a claim to the 2012 KOST Crown. In 2011, Scott Hairston was the recipient of this coveted prize but an oblique strain early in camp knocked him out of the running and left the field wide open. In the end, it was the man known only as "The Dude", Lucas Duda, who claimed the 2012 Mets King of Spring Training title with an outstanding .300/.386/.583 line to go along with 4 home runs, 3 doubles and a triple. Lucas Duda: This is your big day! 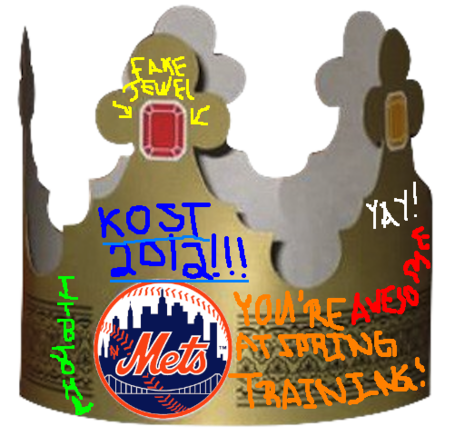 The Mets held a ceremony in Florida to celebrate Duda's Spring Training accomplishments and luckily, I was able to get my hands on some of the photos. Click past the jump below and take a look.

The evening began with all of the dignitaries filing in. The audience was comprised of a number of current and former Mets of note (for good and for bad). Many of the players wore Mets hats in honor of Duda, as is tradition at the King of Spring Training ceremony. Jason Bay even went the John Olerud route and wore his batting helmet! 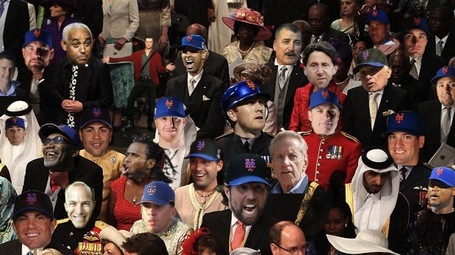 Here's Lucas sitting on the couch in his dressing room before the ceremony. You'd better hurry up and get changed, Lucas. And take that baseball cap off, young man! 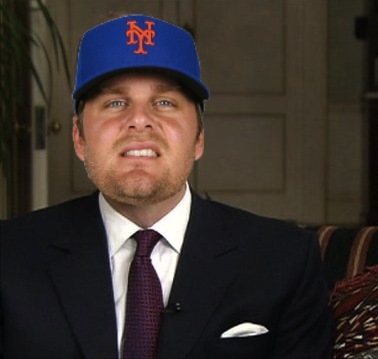 That's much better! Here's Lucas as he walks in, looking very excited (and might I add, quite dapper). Security is very tight around the KOST, who's protected by the club's royal clubhouse attendants. You wouldn't want evil Phillies, Marlins, Braves or Nationals henchmen trying to sabotage his season, now would you? 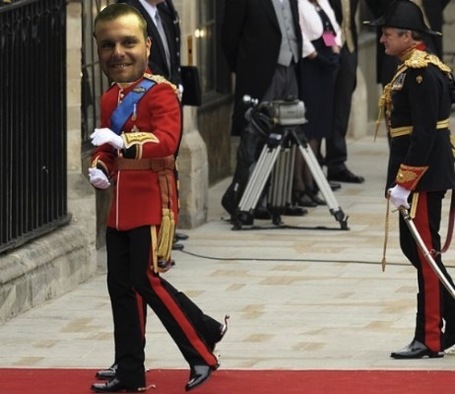 Lucas heads to the front of the room, where last year's KOST Scott Hairston is waiting. During the ceremony, the previous year's KOST passes the crown off to the new KOST in a ceremony known as "The Passing of the Golden Crown" (whoever named these things should've done a better job, but I guess I should lay off of that person because it's tough to come up with clever names).

Before the ceremony begins, the royal court assembles on the stage. The royal court features owner Fred Wilpon, COO Jeff Wilpon, GM Sandy Alderson and in the center, the Most Honorable Goddess of BABIP Bianca Cruz, wife of Jason Pridie (who was not invited to the ceremony--remember, he's suspended, after all). 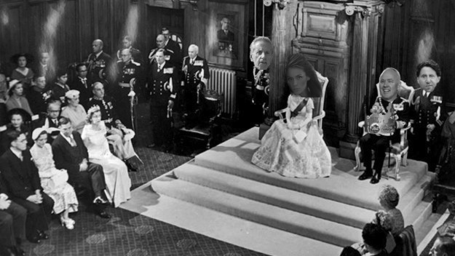 The ceremony starts with the singing of the KOST Anthem, "Oh, King of Spring". The song is sung to the tune of "Oh, Canada" and the lyrics can be found below. Sing along if you wish:

At this point in the ceremony, everyone must stand up as the BABIP Goddess will rise and crown the King of Spring! After a rousing applause followed by the ceremonial "Let's Go Mets" chant led by royal mascot Mr. Met, here's Lucas wearing the KOST crown. As you can see, it is one of the proudest moments of this young man's life! 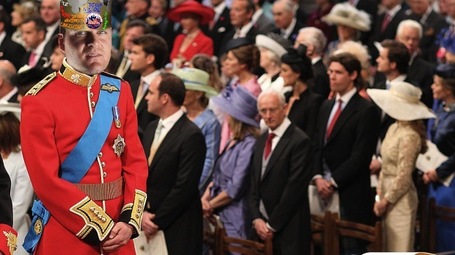 The glorious ceremony has ended and Lucas is lead out of the room by the royal clubhouse attendants. Lucas waves to the crowd in attendance and then gets on the team bus with his crown. The KOST gets to keep the crown forever, since it's just a cheap paper Burger King crown with a Mets logo taped on the front and writing on the sides with some Sharpie marker. You can literally walk into any Burger King around the country and get one of them for free (but don't tell that to the KOST). 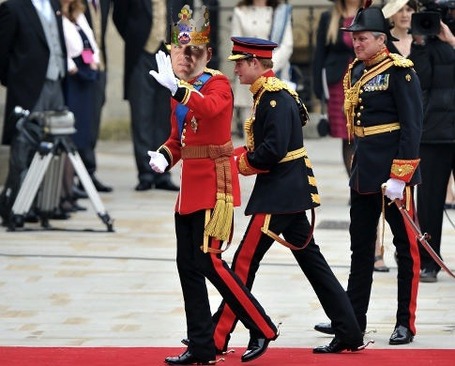 The end of the ceremony signals that Spring Training is over and that the baseball regular season is ready to begin! Rejoice and be glad, for it is time for meaningful baseball to be played once again. Happy Opening Day, everybody! 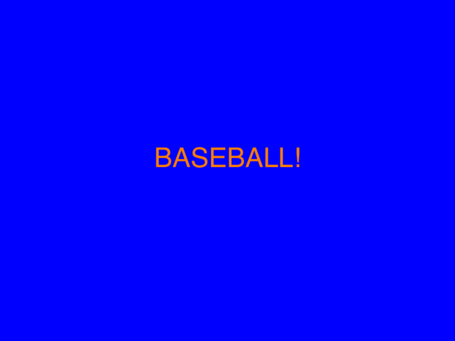