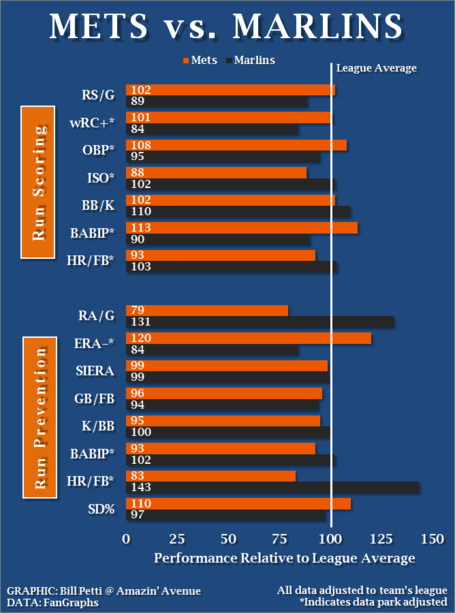 Ed. Note: Since we don't have proper regressed factors for Marlins Park yet I set run and home run factors to league average.