Dickey And The Mets' Bats Cruise To Victory

Share All sharing options for: Dickey And The Mets' Bats Cruise To Victory 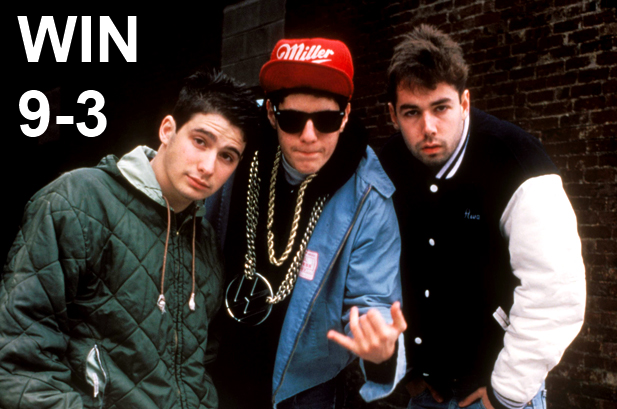 It's annoying to watch day games played under a roof. The Miami Marlins have a fancy - and ugly - new ballpark with a retractable roof and will apparently play the grand majority of their season with it closed even though they can't keep the grass alive. If Jeffrey Loria's goal with his new stadium was to capture what's most irritating about his team, it's surely a success.

As for the game the Mets played in the new park this afternoon, it was great. R.A. Dickey didn't strike anyone out, but he allowed just two runs in six innings of work. The bullpen wasn't perfect, but after Manny Acosta allowed a run in two-third of an inning, Tim Byrdak, Bobby Parnell, and D.J. Carrasco kept the Marlins off the board.

The Mets scored nine runs in the game and could have had more if they had capitalized on more of their many opportunities. David Wright went 4-for-6 with a home run to lead the way. Lucas Duda and Daniel Murphy had three hits a piece, and Andres Torres reached base in three of his five plate appearances. As a team, the Mets made the Marlins' pitchers throw 200 pitches this afternoon.

At 1:10 pm on Sunday afternoon, Jon Niese faces Carlos Zambrano, and the Mets have the opportunity to take yet another series from a division rival. 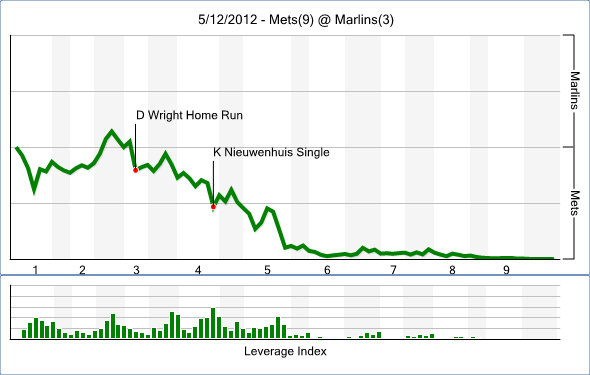