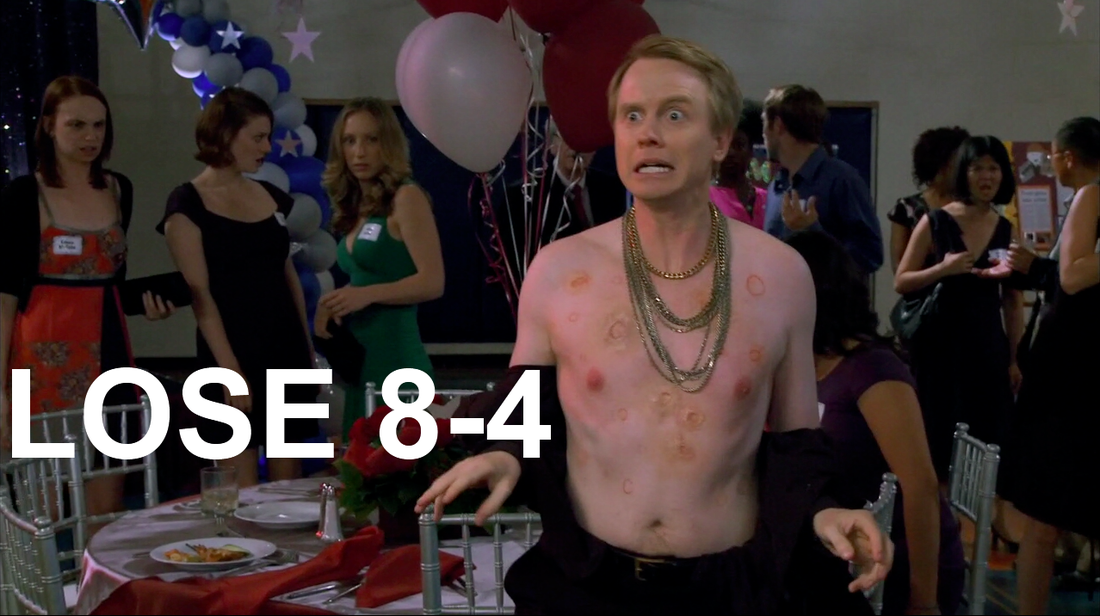 With a two run lead heading to begin the bottom of the ninth inning, the Mets had a great opportunity to finish a road trip through Philadelphia and Miami with a 5-1 record. That's when Frank Francisco came into the game, and everything fell apart very quickly thereafter.

Emilio Bonifacio drilled a triple to start the inning, and Francisco proceeded to walk John Buck. The Marlins cut the Mets' lead in half on a Greg Dobbs pinch-hit single, and with runner son the corners and nobody out, Francisco's day was over.

Francisco was, to say the least, unhappy about home plate umpire Todd Tichenor's strike zone in his brief appearance. He launched a seemingly expletive-laden tirade at Tichenor as he move closer and closer to home plate before Terry Collins got in between the two. Francisco got himself ejected after he was already taken out of the game. It was a display that made his bad outing even worse.

While his approach was all wrong, Francisco may have had a point. Here is the strike zone plot of of his pitches from Brooks Baseball.

Based on the standardized strike zone in the graphic, Francisco just missed the zone a few times in his outing, but there were two pitches in the lower right quadrant of the zone that were called balls. It's not an excuse for his awful outing or emotional outburst following his removal from the game, but Francisco could have used all the help he could get on a day when he was hit very hard.

With Francisco finally out of the game, Terry Collins called upon Manny Acosta, a curious choice given the situation at hand. While Acosta has quietly been a very good reliever over the past two seasons with the Mets, he's been awful this year. Bobby Parnell, however, has been great, but he had pitched in the previous two games so perhaps Collins didn't want to use him for a third consecutive day since the Mets don't have an off day on the schedule anytime soon.

Jose Reyes smoked a line drive off of Acosta, but it was hit right at Andres Torres, who impressively ran down a couple of other fly balls in center field this afternoon. Brett Hayes, who entered the game to run for John Buck, scored easily on the play to tie the game. Omar Infante popped out just beyond the infield dirt, and it took the full speed of Jordany Valdespin to track down the ball and record the out.

And then things got a whole lot worse. Acosta plunked Austin Kearns, who is unquestionably far less of a threat to end a baseball game than Giancarlo Stanton, the man who was standing on deck. The bases were loaded, and even the staunchest of Acosta supporters could see Stanton's walk-off grand slam coming from miles away.

What could have been a rubber-game victory was instead a very disappointing loss, and it wasn't even the first lead the Mets' bullpen had blown in the game.

Prior to the meltdown, Jon Niese threw six scoreless innings. He wasn't exactly dominant in doing so, allowing five hits and issuing three walks, but he kept the Marlins off the board. Carlos Zambrano had a very good start, too, but the Mets were able to plate a pair of runs against him in the fourth inning on a Lucas Duda ground out and Daniel Murphy single.

They held the two-run lead until Ramon Ramirez took the hill for the seventh inning. Niese had been lifted Ike Davis in the top of the inning with runners on second and third with two outs, but Davis' ground ball back to Zambrano looked like it had the same flu that Ike did this afternoon.

Ramirez gave up a triple to Bonifacio and home run to Buck in the blink of an eye, and the game was tied. It took a while, but he eventually recorded three outs with only Reyes hitting a single against him to end the inning with the tie intact.

The game was still tied entering the ninth inning, and Heath Bell looked awful once again for Miami. Murphy hit a one-out double, Ronny Cedeno worked a walk, and after a ground out by Jordany Valdespin that advanced both runners, Miami intentionally walked pinch-hitter Mike Baxter. Collins sent Justin Turner up to the plate, and despite his overall lack of offensive prowess, Turner defied the odds and doubled down the right field line to score two runs and put the Mets back ahead. Andres Torres flied out to end the inning, and then the bottom of the ninth happened.

At the end of the weekend, the Mets' first visit to Miami was just as torturous as many of their bizarre visits to the old football stadium where the Marlins used to play baseball and call themselves Florida.

The Mets begin the first of their pair of two-game series tomorrow night at Citi Field at 7:10 pm as they host the Milwaukee Brewers. The struggling Yovani Gallardo gets the start for the Brew Crew, and Miguel Batista will pitch for the Mets. 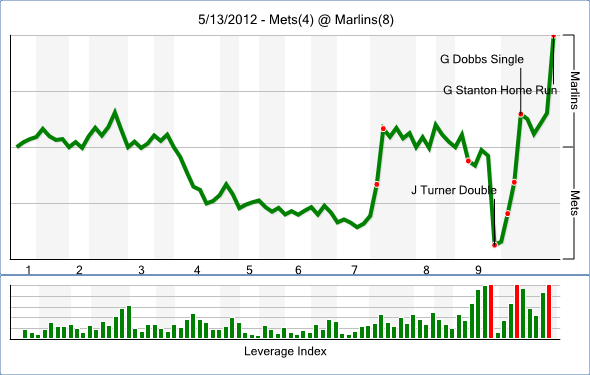