Share All sharing options for: Brewers Enjoy A Laugher As Greinke Dominates Mets 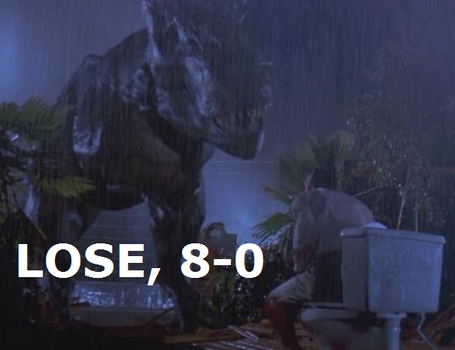 Saber 201 teaches that if a pitcher's ERA is much higher than his peripherals, he likely has problems with some combination of luck, the defense behind him, and sequencing. Given Dillon Gee's higher-than-expected BABIP and the Mets' poor defense, it seems like problems one and two have played a role in Gee's 4.78 ERA/3.02 xFIP disparity in this young season. That disparity grew tonight, as Gee allowed seven runs on eight hits in 5.1 innings of work. He surrendered two home runs to Travis Ishikawa, a guy the punchless San Francisco Giants had no use for. Gee did strike out four, but he had trouble missing bats and just wasn't fooling anyone. The knockout blow was a three-run home run by Ishikawa in the sixth inning which made the score 7-0. Good night the lights.

Gee's counterpart Zack Greinke effortlessly held the Mets in check all night, scattering five hits and striking out seven in seven shutout innings. In addition to the K's, he generated 11 ground-ball outs compared to just 1 fly out. 2009 Greinke was on the mound. As a Mets fan, it was no fun to watch, but as a baseball fan it was a treat. Greinke pounded the lower half of the strike zone, dialing his fastball up to 95 mph while flipping off a slew of impressive curveballs. His K/BB ratio on the season is now 53/10.

A minor brouhaha erupted in the seventh inning when D.J. Carrasco drilled Ryan Braun with a pitch immediately after a Rickie Weeks solo home run. Home plate umpire Gary Darling ejected Carrasco from the game with extreme prejudice, to the dismay of Carrasco and Terry Collins. In response, Collins pulled David Wright and Daniel Murphy for pinch hitters in the bottom half of the frame, leading to a heated exchange in the dugout between Collins and Wright. Apparently, Collins yanked his hot hitters in order to protect them from vengeance-minded Brewers pitchers. This is what the scene looked like: 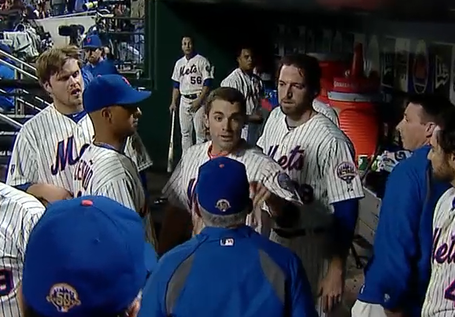 Angry David Wright! Expect in-depth coverage of this story by the whole world over the next 21 hours or so.

Mike Baxter came off the bench to go 2-for-2, including a double off Greinke. His slash line is now a Wright-esque .393/.485/.607. Whitestone's Own is no longer just a local feel-good story. He's a valuable contributor and the best pinch hitter in the league so far this season.

The Mets split the two-game series with the Brewers and will welcome the 18-17 Reds into town for a two-game set. Johan Santana and the struggling Mike Leake square off tomorrow at 7:10 pm. 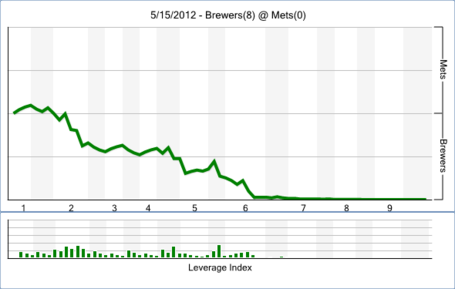