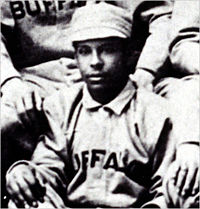 Ulysses F. Grant, called "Frank," was born shortly after another man named Grant met a general named Lee in a courthouse at Appomattox.

In those days, the abolitionist Samuel Harrison preached at the black church in Pittsfield, Mass., Frank’s home town, where a form of baseball had been played since at least 1791.

As it happened, Pastor Harrison’s name had passed across President Lincoln’s desk:

"Samuel Harrison, Chaplain of the 54th Regt. Mass. Vols. (colored troops) asks pay at the usual rate of $100 per month, and two rations, which, he being of African descent, I decline paying, under Act of Congress passed July 17, 1862… The Chaplain declines to receive anything less."

At Lincoln's request, an Act of Congress granted equal pay to black troops in 1864. Retroactive to Sam Harrison’s battlefield ministry.

Frank Grant was no hero. He was a ballplayer.

At 20 years old he fought his way onto the Buffalo Bisons of the elite International League, hitting .344 in 49 games, the third highest average of 1886. The papers, for winking purposes, introduced him as a "Spaniard," an "Italian," or an "Indian." Only occasionally a "darkey" or "coon."

In his first full season, Grant, short and powerful, led the league with 11 home runs, and his .366 average fell barely short of the league title. Walks were tallied like hits in those days, and you can bet Grant didn’t walk much. Or get close pitches. Or beat many throws to first. As umpire Billy Hoover put it, umps were concerned for the game just like everybody else. 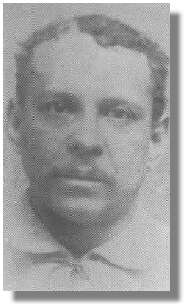 There were five of them, five blacks in the white minor leagues upon Grant’s debut. The Bisons almost didn’t take a team picture that year, explained a teammate, "on account of the nigger." And the Sporting Life wondered, "How far with this mania for engaging colored players go?"

Baltimore: "The Baltimore American says that it may be considered as assured that the leading second baseman of the International League this season will be the colored man Grant of the Buffalos. He is one of the most active men ever seen, and his plays are quick and precise."

Philadelphia: "The Philadelphia boys gave Daily the laugh when the Negro boy, Grant, hit him over the fence for four bases."

New York City: Grant "electrified Broadway recently by appearing in a blue corduroy coat, black and white striped trousers, yellow gloves, patent leather shoes with light drab gaiters, a slate colored fedora hat and a gold-headed cane." In Boston, it was noted that Grant attracted "a large attendance of gentlemen of color, and not a few dusky dames."

Yet in 1888, the team photo issue arose once again. This time none was taken. 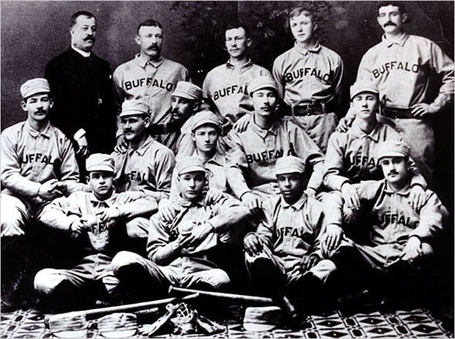 Grant's only photo with the team.

When Grant broke into the I.L., a black Oberlin graduate named Moses Fleetwood Walker was catching for the rival club in Syracuse. Fleet’s 1884 stint with the major league Toledo Blue Stockings was the pinnacle of black achievement in white ball, but Fleet was let go for making too many errors:

"He was the best catcher I ever worked with," explained a pitcher, "but I dislike a negro and whenever I had to pitch to him I used to pitch anything I wanted without looking at his signals." 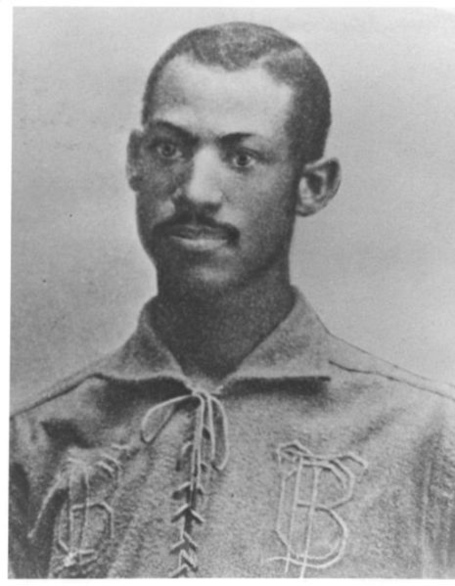 Among black ballplayers of the era, before the color line was firmly drawn in the 1890s, Grant was thought to be the inventor of a tough wooden shin guard to armor against spikings.

In a roundabout way, he may even have brought about something more enduring -- the feet-first slide:

"The Buffalos – I think it was the Buffalo team - had a Negro for second base. He was a few lines darker than a raven, but was one of the best players in the old Eastern League…

"[White players like me, Ed Williamson,] made a cabal against this man and incidentally introduced a new feature into the game.

"The players of the opposing teams made it their special business in life to ‘spike’ this brunette Buffalo… The poor man played in two games out of five perhaps; the rest of the time he was on crutches.

"To give the frequent spiking of the darkey an appearance of accident the ‘feet-first’ slide was practiced… The practice survived long after the second baseman made his last trip to the hospital.

"And that’s how [King] Kelly learned to slide." 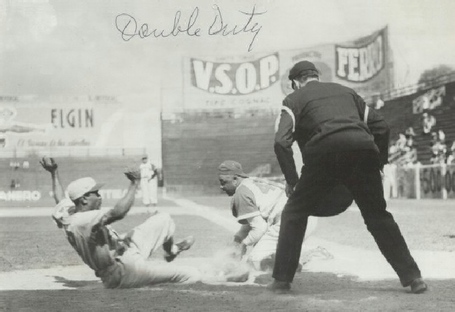 1888, Grant's age 22 season, was his last with the Bisons. He held out for a high salary of $250/month, and struggled with injuries, playing the outfield to limit exposure.

Like always, he hit. Grant's average of .346 was 13 points off the batting title, and in 84 games he scored 95 runs. The Bisons moved to retain him after the season, as they were allowed to do under a new agreement that banned rookie blacks but grandfathered in the old.

But other clubs were purging their few negroes. Binghamton released two of the great pioneers, and the local headline was succinct:

And in this game, you had to follow suit. Under the threat of a team strike, Grant was released, and the International League went white for 57 years. 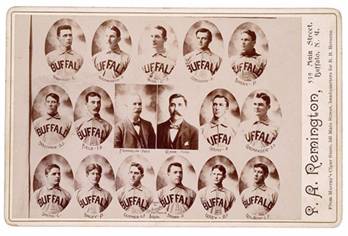 The 1890 Bisons, returned to normalcy.

What is the moral?

Frank Grant wasn't a "trailblazer," in that his path gave out in a dark and brambled wood. We like Jackie Robinsons; the muse of history seems to adore Frank Grants.

He wasn't done ballplaying, of course. He was barely 23. Grant's best years were spent with the Cuban Giants and the New York Gorhams and the Colored All-American barnstorming team. This wasn't a sidestream, either. For throngs, it was the main event.

Hartford, 1890: "Long before it was time for the game to begin, it was whispered around the crowd that Grant would arrive on the 3:20 train and play third base. Everybody was anxious to see him and there was a general stretch of necks towards the new bridge, all being eager to get a sight at the most famous colored ballplayer in the business.

"When he appeared on the field a great shout went up from the immense crowd to receive him, in recognition of which he politely raised his cap."

For our purposes, the Buffalo Bisons hosted the player widely thought to be the greatest black ballplayer of the 19th century. And that 21 year old was maybe best of the whites, too. 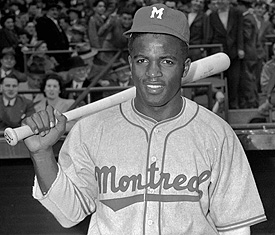 The next black player to break into the International League, in 1946, was named Jackie Robinson.

An excellent bio of Grant is available at the SABR Baseball Biography Project.