Share All sharing options for: Astros' Sweep Of Mets An Early Candidate For Worst Series of 2012 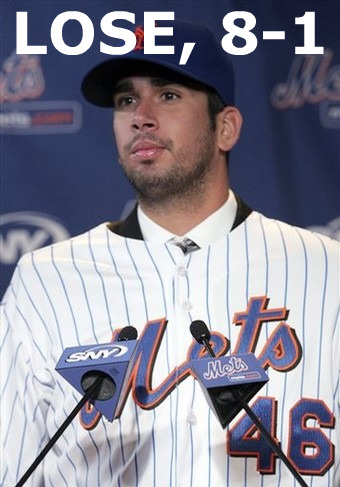 The Mets wrapped up a dreadful series against the Astros with an 8-1 loss this afternoon. The upside is that the series has finally come to an end. Over the course of three games in Houston, the Mets never had a lead.

Chris Schwinden struggled in his second start of the season, allowing five runs on six hits over the course of four innings. He walked two and only struck out one. In the second inning, Schwinden served up a three-run home run to Chris Johnson. In the third, Johnson hit him up for a two-run bomb. In two starts with the Mets this year, Schwinden has an 11.25 ERA.

Manny Acosta made matters even worse in two innings of work, giving up three runs of his own without recording a strikeout. Over the past couple of years, Acosta has quietly been one of the Mets' better relievers, but he sure doesn't look like one right now.

The Mets' lone run in the series finale came in the fourth inning. David Wright led off with a walk and stole second after Scott Hairston and Kirk Nieuwenhuis struck out. Andres Torres singled to bring him home, but the Mets had merely a handful of baserunners after that.

Looking ahead, the Mets are off tomorrow, and their probable pitchers as they host the Arizona Diamondbacks this weekend are Dillon Gee, Johan Santana, and R.A. Dickey. The series begins at Citi Field on Friday night at 7:10 pm. 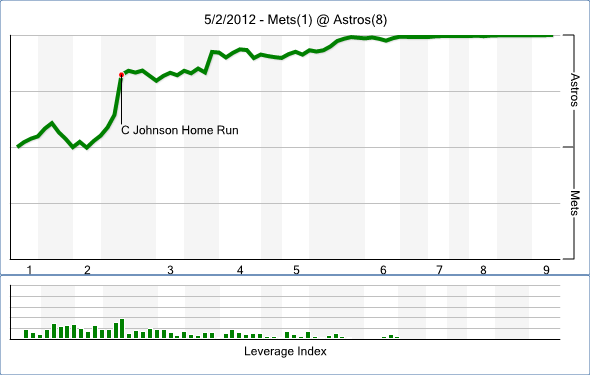