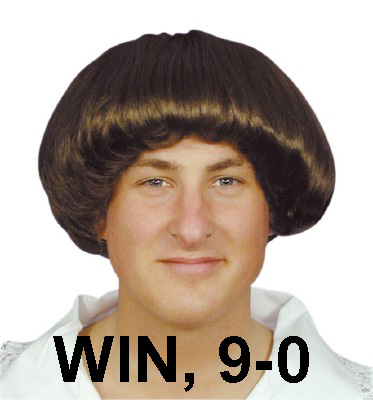 Role players rarely play roles so perfectly. On Sunday, the Mets were led by a star -- Johan Santana pitched a complete-game shutout after all -- but they were powered by the lesser-known players on the roster.

Scott Hairston murders lefties and plays good defense at any outfield position. He took lefty Clayton Richard deep in the first for the only runs the Mets would need.

Vinny Rottino can play passably anywhere on the diamond that isn't the middle infield, and is similar at the plate -- he has a little patience, a little pop, and a little speed. He took Richard deep just a few batters later.

Backup shortstop Ronny Cedeno had two walks and played decent defense. Rottino got on base four times. Justin Turner had two hits and played some shortstop. The Mets emptied out their bench and scored nine runs.

They couldn't have won without their ace, who was ace-like. Santana breezed through his 27 outs in only 96 pitches. He struck out seven, and didn't walk any. His velocity hasn't come back, but he's shown that his excellent changeup and slider are still there. In a way, he pitched backwards -- his ~10% whiff rates on the slider and changeup on Saturday were a little below league average, but they set up his 89 MPH fastball for 16.7% whiffs during his shutout, well above league norms. In any case, the Padres lineup wasn't much of an impediment, and the bullpen got a day off.

This win, which showcased some of the depth that the front office built, also will help the teams run differential. So there's that! Happy holiday weekend. 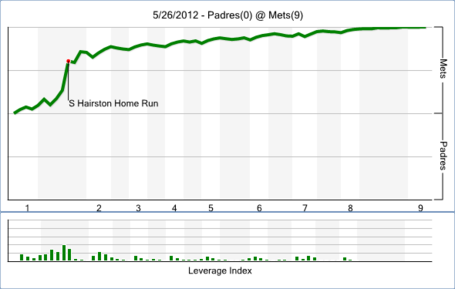