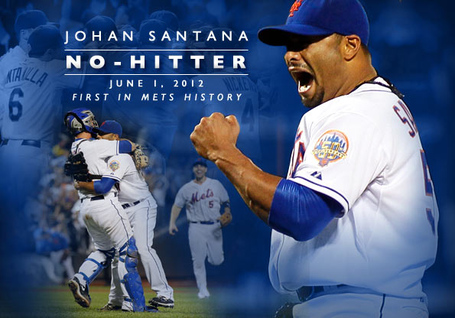 The Mets are laughingstocks. Well, in the first couple of years they were, anyway. They sure played like it. Winning 40 games and losing 120 in 1962. Losing in every manner possible, and then seemingly inventing new ones. To the fans, though, it didn't matter. So distraught by the sudden loss of both the Dodgers and the Giants, the Mets could have gone 0 and 160 and the fans would have still come out in droves, and would have still been cheering for their Metsies. By the end of the decade, those lovable losers grew up, and in 1969, a miracle happened.

Over the years, the Mets certainly have done horrible. And, the organization has done some horrible things. We're in the middle (perhaps it's tailing off now?) of one of those phases right now. With the collapses in 2007 and 2008, the very bad 2009 and 2010 teams, and the various gaffes and hijinxes of the front office and ownership, there's been plenty of fodder for shake your head Mets stories. With the echo chamber that the internet and 24/7 sports channels become, stories about the Mets being bad, or the organization doing stupid things have morphed into something new entirely: the LOLMets narrative.

We're all familiar with LOLMets, but for those who aren't: LOL, the Mets can't do anything right. Remember when the team made a visit to Walter Reed , and the big hubbub was that a few players didn't show up? LOLMets. It's not like a team has ever visited a veteran's medical center and not have players show up before. Remember when Jose Reyes come out of the game to protect his lead in the 2011 batting title race? It's not like that has ever happened before. Or, how about the time the GM accused a star player of getting unauthorized surgery that he needed. It's not like that doesn't happen from time to time.

I'm sure there's a bunch of other examples, but the LOLMets narrative is not the main point of this FanPost. It, along with the actual, legitimate troubles that the Mets have had, on and off the field, have fostered an environment among both fans and sports pundits where the Mets are supposed to do stupid/bad things. When they don't, when something legitimately good happens, it wasn't supposed to. The Mets aren't supposed to have nice things. 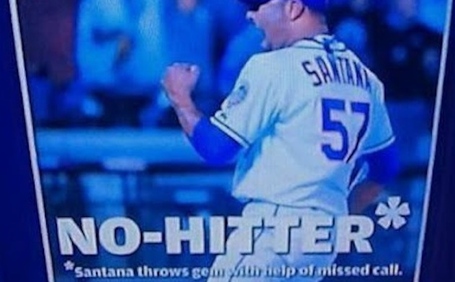 CBSSports: The No-Hitter That Wasn't

Or maybe most egregiously, this,

Why One Mets Fan Jeered A No-Hitter

There are others, I am sure. Researching, I can't find anything that casts doubt on the majority of those potential or errant no-hitters, particularly the earlier ones. Other than discussions on websites here and there saying that so-and-so didn't get the call correct for whatever reason (and who listens to guys in their mother's basements, anyway?), I couldn't find anything casting doubt or claiming any of these no-hitters were illegitimate. No newspaper covers with asterisks. No reporters saying that those no-hitters didn't count, or were somehow otherwise tainted. Nothing, zip, nada.

LOLMets, they can't do anything right; they don't deserve it. LOLMets, this team can't do anything right, we don't deserve it. At the end of the day, do the replays show that the umpire got the call wrong, and that the ball landed on the tip of the line, meaning it would have been a hit? Yes, it does indeed. The umpire ruled the play a foul ball, however, and as such, in the record books, that play was a foul ball. The instant replay doesn't determine fair-and-foul balls down the line; the umpire does, and will continue until the MLB allows instant replay to determine these things. Until then, all it is is a backseat driver saying what you should of done one thing while you did something else; a soccer mom screaming what the referee should have ruled while decides to rule something else. If you don't want to accept that, and want to say that Johan Santana's no-hitter will always have an asterisk attached next to it, that logic can't be applied parsimoniously. Player records should be examined and amended to account for blown calls. Team record should be examined to account for blown calls. Hell, World Series champions might have their championships asterisked because of blown calls (The St. Louis Cardinals lost the 1985 World Series because of a blown call at 1st by umpire Don Dekinger, and the 2003 Cubs lost their shot to get there because of the blown 'Steve Bartman catch' by left field umpire Mike Everitt)! Hey, media, you'll be right on that, right?

(Because this will never, ever get old)