TWISNY is pretending that last Saturday's horrendous broadcast of Mets-Reds on FOX didn't happen. If only Gary, Keith and Ron could call all Mets games, even those that are nationally televised.

WPIX kicked off the week in barfworthy fashion by mic'ing up the Yankees' Bleacher Creatures first inning roll call. Here is Nick Swisher standing in salute of the dregs of New York sports: 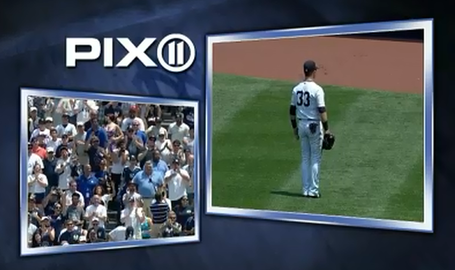 The roll call is not a new development. It's been around as long as we can remember. Most Mets fans watching on WPIX are probably familiar with it. It's not amusing or otherwise worthy of highlighting. Never again, WPIX, never again.

The Rays disrespected Kirk Nieuwenhuis by shortchanging his last name one letter on the scoreboard: 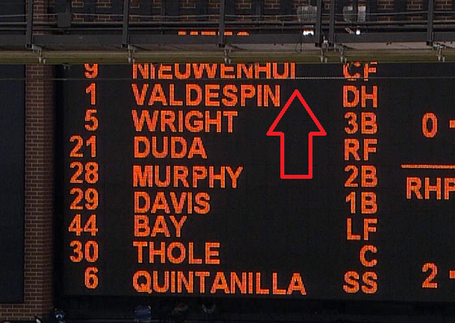 Let's check in with Kevin! Kevin's been watching his figure lately -- too many Mex Burgers at Citi Field -- and has chosen the drastic Aquafina Diet to try to shed some pounds: 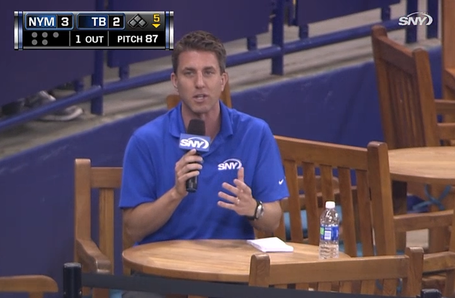 Metsblog, presented by Verizon, presented a poll for the best right-handed pitcher in Mets history shortly before the unveiling of the Mets All Time Team, presented by Citi. The great righties made the poll list: Tom Seaver, Doc Gooden, David Cone, Sid Fernandez -- wait, Sid Fernandez? 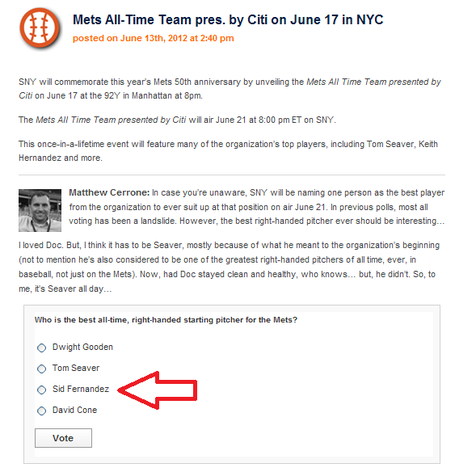 Given the liberal criteria, we think Jerry Koosman and Jon Matlack were snubbed.

It's time for the semi-regular feature, Nitpicking With TWISNY. Here we have SNY misspelling Stephen Strasburg's last name: 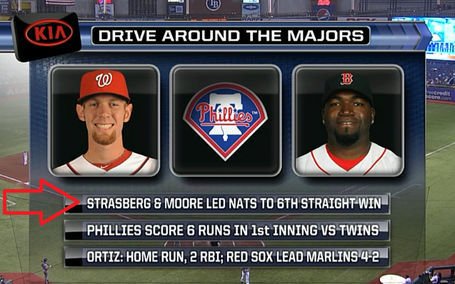 We learned last week that Kevin has had a little Captain in him lately: 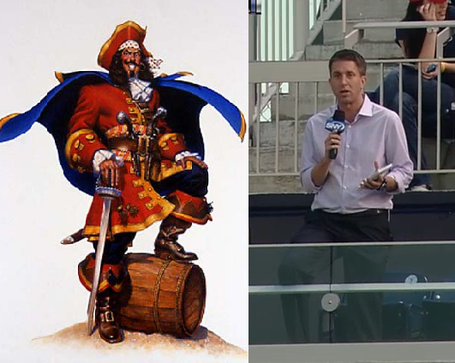 It continued this week. We're all for having a little taste once in awhile, but not when it affects sideline reporting. Here's Kevin looking at an imaginary camera after enjoying himself a little too much at the Rays' Captain Morgan-themed bar: 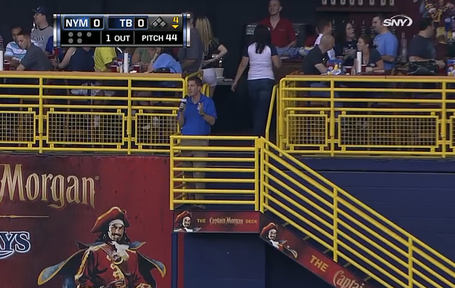 We're thinking this young lady isn't cut out for sitting in the front row: 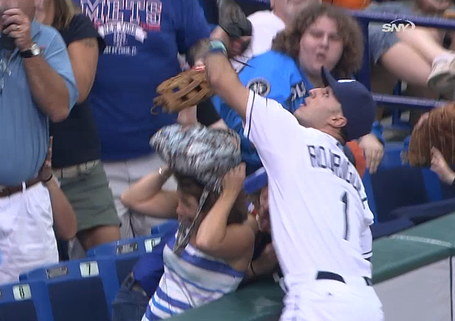 Also, check out patriotic Tom Glavine fan in the aftermath of the same play: 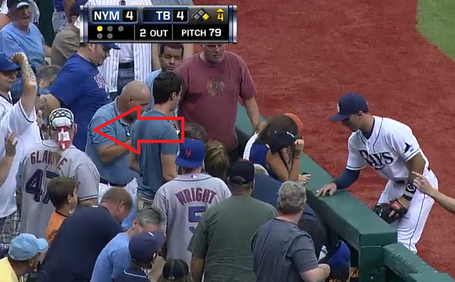 We're disappointed, but not devastated, about his choice of jersey.

Thank you to reader Amod V. for the tip.

Gary Cohen got a little silly during the pre-game introduction. See if you can spot all the REO Speedwagon song titles here, in honor of the band's post-game performance: 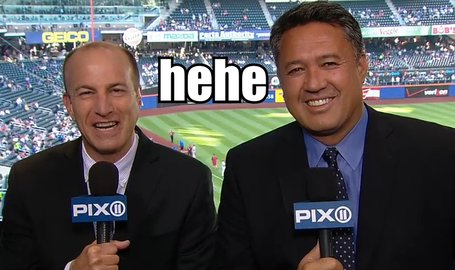 That's all for now. We will return in a fortnight following a week's vacation to recharge our batteries. Send any tips or suggestions to ThisWeekInSNY@gmail.com. You will be credited if we run the material.