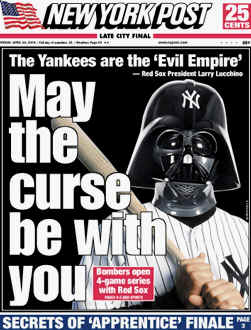 Handy recap of the teams' rivalry to this point.

If I went back in time to Spring Training and told you Dillon Gee would have these numbers in June, what would you have said? Probably "Where did you get this time machine?" and "We'll need more guns for when we face Hitler." Anyway look at this:

Are these numbers prophesy or sabermetric hokum? I don't know -- this time machine only goes backwards. But it'll be interesting to see how the once not good Dillon Gee's season unfolds.

I don't know what the lineups will be, but in honor of Avengers vs. X-Men (in stores now), your Subway Series battle royale: