Back in April, we asked if you liked the new SNY score bug, which debuted at the beginning of the season. When polled, the people said they preferred the 2011 version to the 2012 version, but SNY did make some changes to the bug — mainly moving the inning number out from the middle of each team's runs scored — to cater to the masses.

As of the Mets' current homestand, SNY has rolled out another new feature — a new camera angle from center field — that has a much bigger effect on the experience of watching a Mets game on television. They have moved the camera a little bit closer to center, but it's elevated and zoomed out a bit.

Let's have a look. 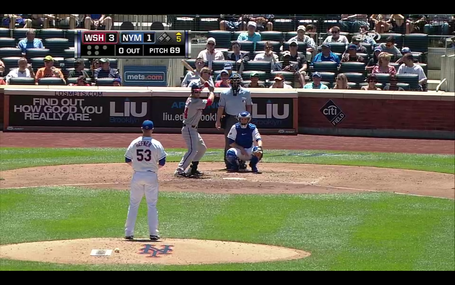 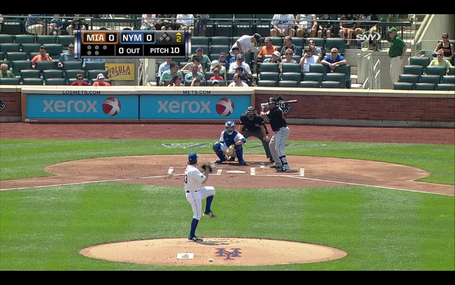