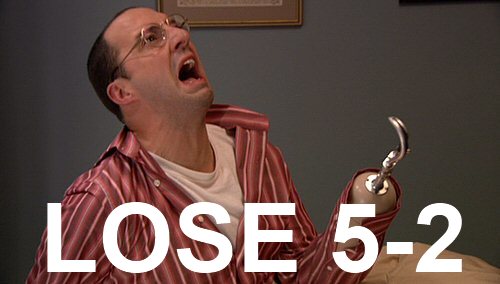 In his sixth major league start, Matt Harvey was dominant. The Rockies' lineup may be almost entirely depleted by injuries, but Harvey pitched very well as he struck out nine, walked two, and gave up only one run in six innings of work. As a result, he is now the owner of a 2.75 ERA, 3.13 FIP, and 3.31 xFIP.

Harvey came out of the gate throwing gas, but he mixed his pitches and speeds very effectively. Let's have a look at his speed by pitch via Brooks Baseball:

It's certainly encouraging to see that Harvey's capable or more than just overpowering his opponents. He's probably a lock for the 2013 Opening Day roster right now, but a couple more starts like this would make that decision even more of a no-brainer.

(a) One run shall be scored each time a runner legally advances to and touches first, second, third and home base before three men are put out to end the inning.

Someone please send this to the Mets.

The Mets have dropped to ten games below .500, their lowest point relative to the break-even mark since the end of the awful 2009 season. Murphy's Law — hell, let's call it Daniel Murphy's Law — has applied to seemingly every part of every Mets game that doesn't involve one of the team's excellent starting pitchers. 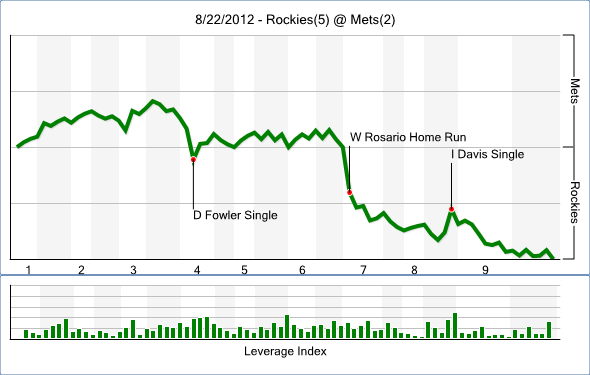