A Few Words on Mike Francesa's Loud Ones

Share All sharing options for: A Few Words on Mike Francesa's Loud Ones 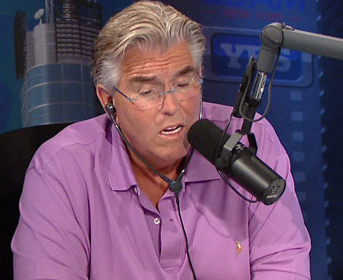 The Mets sleepwalked through a four-game sweep at home, losing four in a row to the miserable Colorado Rockies. The Rockies are the only team in baseball whose overall pitching staff resembles that of the Mets bullpen in terms of awfulness, and yet the Amazins scored a grand total of 5 runs against them. An excellent outing by Matt Harvey and a promising debut from Collin McHugh were completely wasted, while the bats slumbered, the defense bumbled, and the bullpen was, well, the bullpen.

Following an awful 1-0 loss on Thursday afternoon, WFAN's Mike Francesa unloaded with a loud, lengthy screed about how badly the team has played. Even judged against Francesa's oratorical standard, this was an epic rant. The reaction from angry, frustrated Mets fans was immediate and overwhelmingly positive.

I find this reaction completely unsurprising, and yet still disappointing. While any Mets fan witnessing the last six weeks of baseball would want to scream, the motivation and substance of Francesa's diatribe are suspect at best.

A fan can react to what a team does any way s/he wants, be it calling into WFAN, commenting on a blog, or just yelling to your neighbor at the bar. But here's the thing: Francesa is not a fan. He is certainly not a Mets fan. Even on those rare occasions when the Mets do well, Francesa manages to find something with which to needle the team and its fanbase. He does this because his bread and butter is recognizing a fanbase's collective psyche and tapping into what will motivate that fanbase to tune in and call up. What Francesa does is crude theater on the level of pro wrestling, with him playing the part of both Face and Heel.

To speak in broad terms, the Mets fan's psyche lies in the Venn intersection of self-pity, dread, and righteous anger. Exactly why this is the case is a whole other article--a book, maybe--but anyone who has spent time among Mets fans, online or IRL, knows it to be true. And so, Mets fans not only accept the kind of blasting Francesa gave them; they demand it.

If the Yankees found themselves suffering through a stretch like the Mets are now, Francesa would approach it very differently--not because he's a Yankees fan, but because Yankee fans would not accept that kind of approach. Listen to how he handled the end of the 2004 ALCS: not with ballistic anger, but with an undercurrent of unspoken entitlement. You get a sense listening to him that the outcome of that series left him feeling wronged. This shouldn't have happened to me, of all people. Whereas a Mets fan would have secretly suspected a 3-0 advantage in a series would vanish all along--and yet still be furious about it.

Francesa's ultimate intent was not to give vent to a fanbase's frustrations, but to exploit them for press and ratings. That's his right as a radio host--his duty, really. But let's stop pretending this is a Peter Finch in Network moment, or an expression of a grass-roots movement. It is astroturf at best. It is a reflection of real feelings, but only in a third-hand venal fashion, like a table full of cheap souvenirs sold across the street from an historical site.

Mike Francesa is a troll. He's a pioneer in that field, but a troll nonetheless, and as we all know, it's best not to feed them.