Getting The Calls: Mets Pitchers

Share All sharing options for: Getting The Calls: Mets Pitchers

Earlier this season, Jeff Sullivan came up with a way to measure the rate at which a pitcher receives called strikes from home plate umpires using PITCH f/x data. Take the number of strikes a pitcher should have thrown — the sum of each swinging strike outside the strike zone and all pitches measured within the strike zone — and call it expected strikes (xStrikes). Compare expected strikes to the actual number of strikes, and the difference will tell the rest of the story.

"((1.00-Zone%)*Pitches) * O-Swing%" tells us how many actual pitches were swung at outside the strike zone. "Zone%*Pitches)" tells us how many pitches were thrown within the zone, regardless of whether or not the opposing batter swung his bat. If Strikes-xStrikes results in a positive number, a pitcher has received generous calls.

As Sullivan noted, the PITCH f/x strike zone is our basis for this exploration, but real-life strike zones obviously fluctuate:

The overall league average is -5.6 strikes per 1000 pitches, indicating a difference between the PITCHf/x strike zone and the real-life strike zones.

Given the standard strike zone, we can at least compare pitchers to see who's faring well and who isn't when it comes to getting called strikes. Let's have a look at the Mets' pitching staff.

The table above is sortable, but like Sullivan's rankings, the default here is the difference per 1,000 pitches. Pitchers who have thrown fewer than 500 pitches — Mike Pelfrey and Josh Edgin, for example — have been excluded so as to reduce some of the small-sample statistical noise that would have presented itself.

So Rauch, Santana, and Ramirez have received the most advantageous calls while Niese, Acosta, and Francisco have received the least. As Sullivan notes, the variance is likely a combination of the calls a pitcher receives from an umpire and the ability of his catcher to frame pitches, the latter of which we can delve into further in the future. 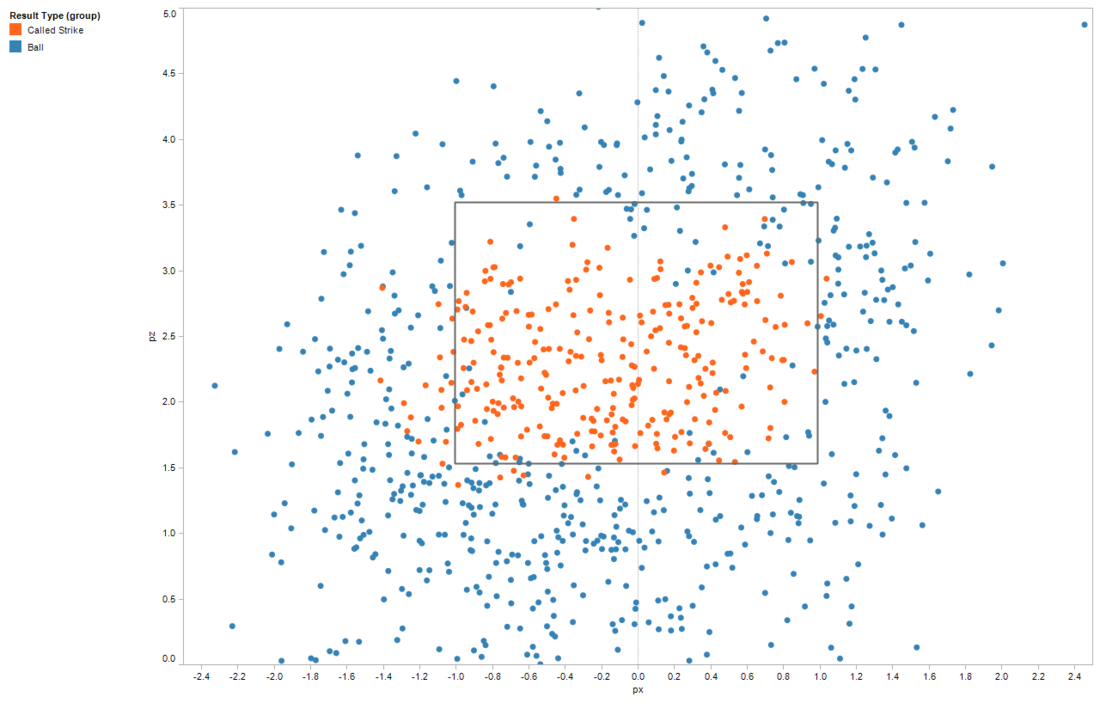 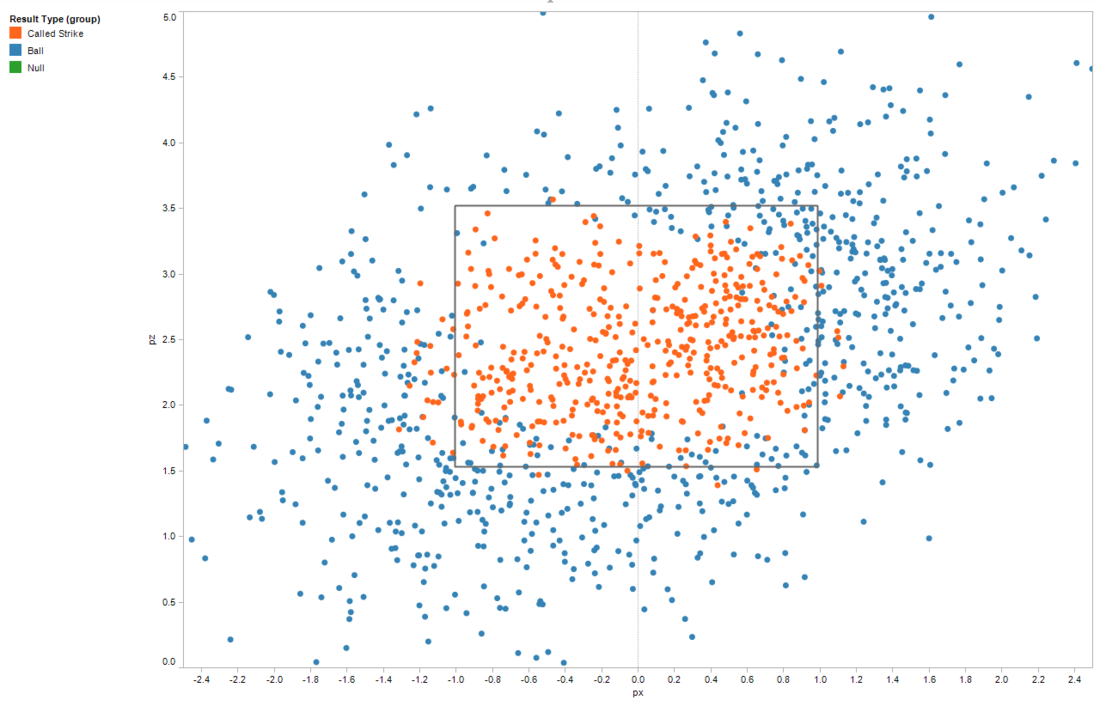 Here are the numbers on both pitchers' calls within the PITCH f/x strike zone.

So when you're watching Niese pitch, keep an eye on that corner of the strike zone and see whether or not he's getting the calls. He certainly hasn't gotten calls within the zone at the same rate as Santana, a veteran two-time Cy Young award winner.

And if all else fails, at least you are now aware that Jeremy Hefner's called strikes have been incredibly fair this year.