We held our second "R.A. Dickey Face" Contest to bid farewell to our favorite knuckleballer.

Without further ado, your winner is: 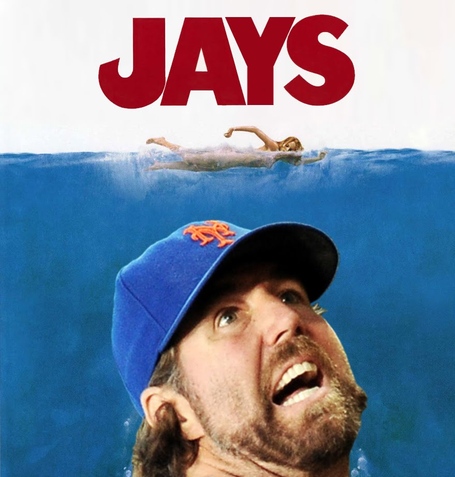 "You're gonna need a bigger mitt."

Congratulations, bjk3047! You're now the proud owner of a baseball autographed by R.A. Dickey.

The Dickey Redemption was the runner-up with 210 votes, and It's A Wonderful Dickey finished with a respectable 131 votes. South Park Dickey notched 25 votes, and Dickey Curling rounded out the finalists with 16.

As for everyone else, your participation did not go unnoticed. All of your entries, whether rudimentary or professional in appearance, were enjoyable, and we'll certainly miss having these contests over the next three years. With any luck, we'll be hosting The Return of the "R.A. Dickey Face" Contest three years from today.