Lots of folks have played for the Mets over the years, a fair number of which I've completely forgotten about.

Share All sharing options for: Mets You've Forgotten About

One of the unheralded joys of wandering around Baseball-Reference.com is rediscovering players I had altogether forgotten about. There are countless players like that. Go look up any early-2000s Mets team and there'll be at least a half-dozen "oh yea, that guy" names on the roster.

In keeping with the giddy thrill of players I forgot were ever on the Mets, I sent out the following Tweet without really thinking much about it.

Before I knew it, folks were tweeting their own long-forgotten-but-recently-remembered Mets and the hashtag #MetsYouveForgottenAbout began trending nationwide. 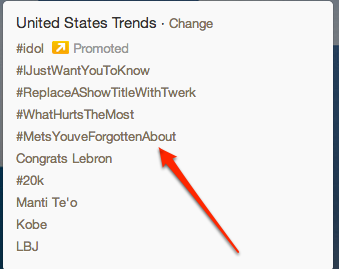 Here are a few more to get you rolling: