Why Michael Bourn Makes Sense For The Mets

Michael Bourn isn't without his flaws, but he'd be a good fit for the Mets this year and beyond.

Share All sharing options for: Why Michael Bourn Makes Sense For The Mets

After a few weeks of very little action, the Mets' front office has picked up the pace a bit over the past couple of days, signing Shaun Marcum and asking Major League Baseball for protection of their first-round pick in the 2013 amateur player draft so they could potentially sign Michael Bourn to upgrade the outfield.

Earlier today, our own Spencer Schneier suggested that Bourn was a bad fit for the Mets, but if Bourn's asking price is actually reasonable — something a bit north of Angel Pagan's four-year, $40 million deal with the Giants, perhaps — he'd make sense for the Mets.

The biggest potential downside to signing Bourn is the Mets' loss of the 11th-overall pick in the amateur draft this year and the approximately $2.5 million allotment that's tied to it. This will only be the second draft under baseball's new collective bargaining agreement, which costs a team that signs a player who turned down a qualifying offer its highest pick in the draft. Only the top ten picks are protected. The collective bargaining agreement also penalizes teams heavily if they exceed their overall draft cap.

Over the course of his career, Bourn has provided a ton of value, much of which has come from his defensive prowess in center and excellent performance on the basepaths. He's racked up 20.1 fWAR in the past four years, averaging 4.5 fWAR per 600 plate appearances. His on-base percentage has hovered between ..341 and .354 during that time, which isn't ideal but definitely isn't horrible — especially for a guy who plays great defense in center. And his gaudy stolen base totals haven't come at the expense of efficient baserunning, as Bourn has successfully swiped bags at an 82 percent clip for his career.

Judging by wRC+, which is park- and league-adjusted and measures a hitter's production relative to the league average of 100, Bourn's been about a league-average hitter over the last four seasons, notching marks of 100, 89, 104, and 104. 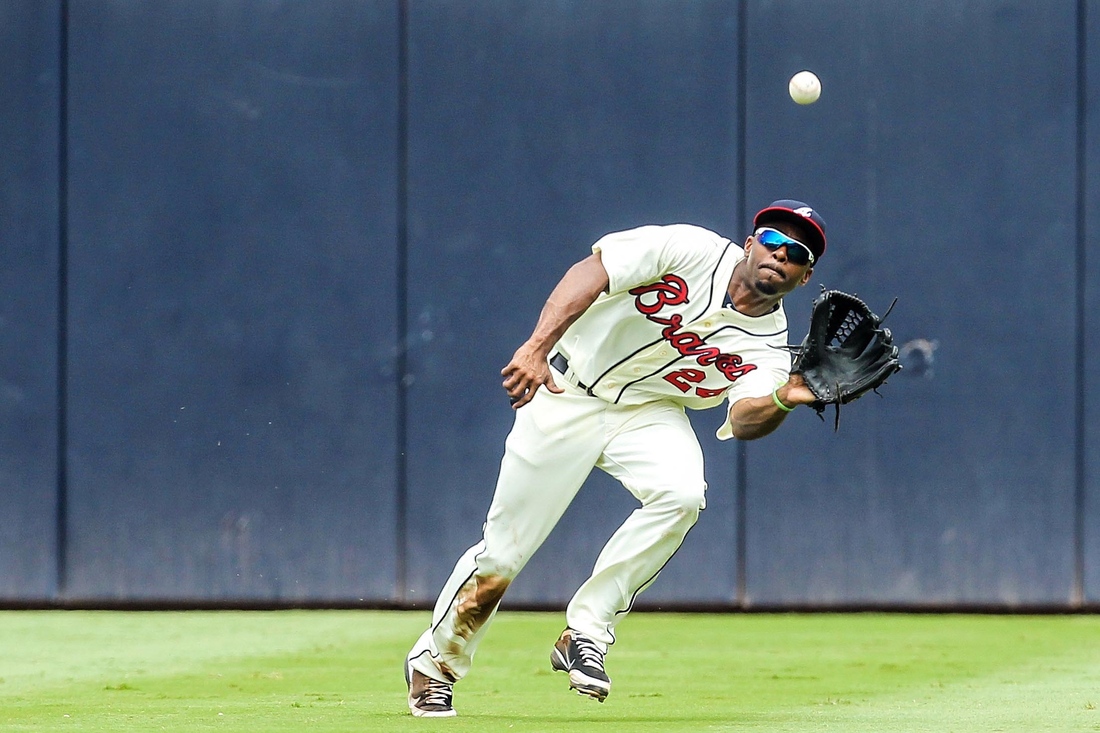 Since Bourn just turned 30 at the end of December, there's some concern that his skills will rapidly fade. But as Eno Sarris has mentioned in the past, Tom Tango's done some work that suggests speedy players age better than non-speedy players. On a four-year deal, the 30-year-old Bourn doesn't appear to be at risk of suddenly losing all of his skills. He's also averaged 150 games played per season over the last five years, which suggests he's a very durable player. There's no long, scary list of injuries here.

While Bourn's signing, in this hypothetical scenario, would cost the Mets a high pick in the draft, that pick is no guarantee to become a star. The average WAR by draft pick drops drastically after the first pick. Missing out on a player in the early part of the draft would certainly sting, but it wouldn't be impossible for the Mets to have a good draft without the pick and the $2.5 million of draft budget it would allow.

That's still not an ideal situation for the Mets, but there's no obvious everyday center fielder in the team's minor league system. If the team rides out this season with Kirk Nieuwenhuis and Collin Cowgill platooning in center, the list of potential free agents next winter includes Jacoby Ellsbury, Curtis Granderson, and Carlos Gomez. Ellsbury and Granderson will almost certainly receive qualifying offers before hitting the free agent market, which means they'd cost the Mets a draft pick — and probably quite a bit more money — to sign.

Even if the Mets have to surrender a pick to get Bourn on a reasonable deal, he'd make sense. If that idea drives you nuts, though, don't worry; the Mets don't seem inclined to give up the pick. Lacking a true center fielder, though, Bourn might be the best fit for the Mets in 2013 and the next few years.