Is Jose Abreu better than what the Mets have now?

Is the next Cuban phenom as great as we think he is?

Share All sharing options for: Is Jose Abreu better than what the Mets have now?

Over the past few years, the market for Cuban players has had a sort of miniature explosion. Defectors from Cuba have always been much sought-after, dating back to the playing days of Jose Canseco and Livan and Orlando Hernandez, but the past few years have produced a number of phenom-level talents, including Aroldis Chapman, Yoenis Cespedes, Yasiel Puig, and Jose Fernandez. The market of Cuban defectors has been producing star-level, major league ready talent on an annual basis, and Jose Abreu looks to be the next headliner to steal the show in the majors.

Abreu, 26, has been touted as the best hitter over the past few years in Cuba, which is quite a feat given the performances of Cespedes and Puig stateside so far. Reportedly, Abreu clobbered 35 home runs in just 71 games in the 2011-2012 season, and he has hit for a batting average as high as .453 in a given season. 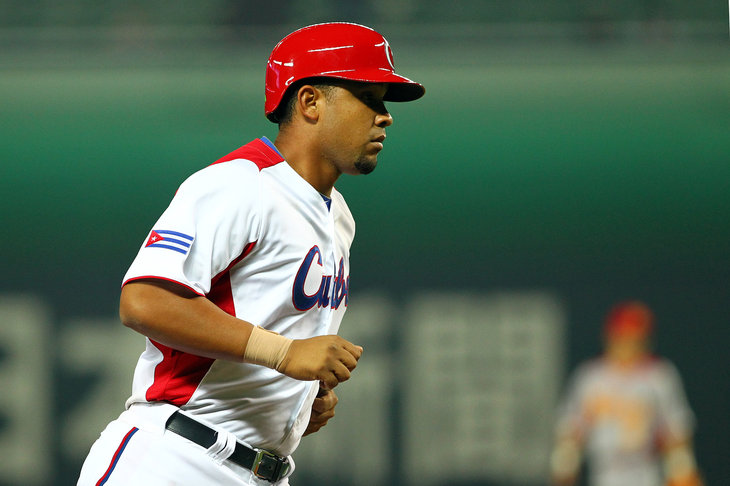 Of course, the level of competition in Cuba is far lower than it is in the United States, and we can't reasonably expect Abreu to hit a home run every other game over a full big league season. We know that Abreu's statistics will deflate once he hits the big stage, but by how much? What does a season of Jose Abreu in the big leagues look like and, more importantly, is it better than what the Mets have now?

The best way to build a rough projection for an MLB season of Jose Abreu is to take a look at the more recent offensive Cuban stars, namely Cespedes and Puig. While both are outfielders who incorporate speed into their game, they also both fit the mold of Cuban sluggers who signed sizable contracts after defecting, and in general share many of the same strengths and weaknesses of Abreu.

First, we can take a look at plate discipline. While it is certainly possible that Abreu will be more patient at the plate than Cespedes or Puig, the general tendency of Cuban players—plus Abreu's actual performance in the World Baseball Classic—suggests otherwise. Puig and Cespedes have very comparable walk and strikeout rates, hovering at 8% and 21%, respectively, and it's not unreasonable to assume that Abreu might post rates similar to those. Abreu displayed a very aggressive approach in the Classic, swinging and missing quite often—especially at sliders outside of the strike zone—tendencies that align him well with Cespedes and Puig.

Scouts have said that Abreu's ability to hit fastballs is limited by his reaction time at the plate. He has plenty of bat speed and raw power, but he is more likely to be successful against breaking balls in the strike zone. This falls very much in line with what we have seen from Cespedes and Puig. Although pitchers often bait the sluggers with breaking pitches around the edges, missing over the plate with them is very costly. Cespedes and Puig seem to have a much higher propensity to make hard contact with breaking balls than their non-Cuban counterparts. For comparison, we can take a look at Alex Gordon and Brandon Belt, two big league regulars with similar walk and strikeout profiles to Puig and Cespedes. Gordon and Belt both have BABIPs of around .250 and ISOs of around .100 on most breaking pitches. Puig and Cespedes have BABIPs of around .300 and ISOs of about .200 on these same pitches. Based on what we've seen of him, Abreu will likely fall very close to Puig and Cespedes: He will be challenged with offspeed pitches often, but has the ability to punish pitchers who hang breaking balls. 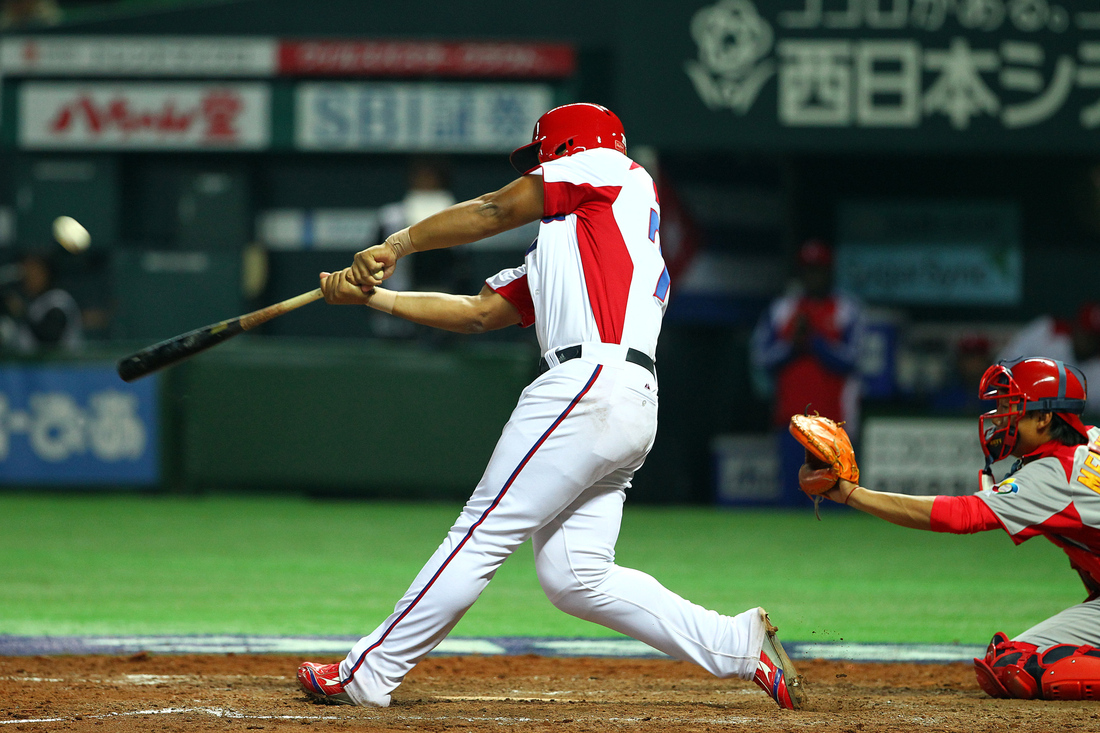 We can reasonably expect Abreu's ISO to look like Puig's and Cespedes's, hovering around .200. Abreu will probably hit more home runs than either outfielder, but his size and lack of athleticism could limit his ability to pick up extra bases with his speed. A more perplexing question is what his batted-ball profile will look like. This is where Cespedes and Puig differ strongly. While the sample size for both players is limited, Puig posted a sensational but unsustainable .380 BABIP (it declined monthly after his debut), while Cespedes's career BABIP is .300. Abreu is clearly a slower runner than Cespedes or Puig, and likely won't be racking up infield singles that can help inflate BABIPs. Also, due to the high number of home runs Abreu can be expected to hit, many of his hits will not be considered "balls in play." On these grounds, a .300 BABIP, in line with the careers of Cespedes and Red Sox slugger David Ortiz, seems more reasonable.

Based on all of these observations, we can tentatively project a season of Jose Abreu to look a lot like Cespedes's career line: a wOBA of about .342 and a .265/.324/.472 slash line. Is it worth 6 years and $60 million? Maybe for some other team. Ike Davis's .331 wOBA in 2012 was only marginally worse than the .342 figure we're projecting for Abreu, and Lucas Duda's .340 2013 wOBA was virtually on par with it. All three are similar ages, and the potential marginal upgrade of Abreu over Duda or Davis (if he's more like his 2012 self than the 2013 model was) is not worth tens of millions of dollars on a long-term deal, especially with Duda only in his first season of arbitration eligibility. If the Mets are going to lock up a free agent for the long term, they would be best off focusing their efforts on an outfielder or shortstop instead of buying into the hype of Abreu.