The Mets, the A's, and turning a perennial losing team into a contender quickly

Could Sandy Alderson spend the winter shaking up the roster like the A's did after the 2011 season?

Share All sharing options for: The Mets, the A's, and turning a perennial losing team into a contender quickly

Anyone who has read Moneyball knows the connection between the New York Mets and the Oakland Athletics: When Sandy Alderson was the general manager of the A’s, he hired the Billy Beane, who eventually became and still is Oakland’s general manager. But the mentor and mentee still have something in common, as they’ve both recently overseen a below-average team.

Those A’s did have slightly better pitching overall, but the teams got similar production from their starting rotations. The 2011 A’s’ rotation had a 98 FIP-, slightly better than league average, while the 2013 Mets’ starting rotation had a 102 FIP-, slightly worse than league average. Oakland had a significantly better bullpen than the Mets’—by FIP-, 95 to the Mets’ very bad 112—which was the widest gap between the two teams.

Despite the team’s lackluster record over the course of five seasons, the A’s surprised everyone by contending in 2012 and were even better in 2013.

Although Sandy Alderson has discussed the Red Sox’ method of quickly building a contender in recent interviews, the Mets today don’t have as many great players as Boston did at the end of last season. David Wright is an outstanding player, but the Red Sox had Dustin Pedroia, Jacoby Ellsbury, and David Ortiz on hand when they began preparing for the 2013 season.

By fWAR, the 2011 A’s hardly had any valuable position players. Kurt Suzuki and Coco Crisp led the way with 2.0 fWAR apiece, and Josh Willingham was their best hitter but played such poor defense in the outfield that he was worth just 1.8 fWAR. Willingham and Crisp both became free agents at the end of the season, too, which left the A’s with very little in the hitting department. 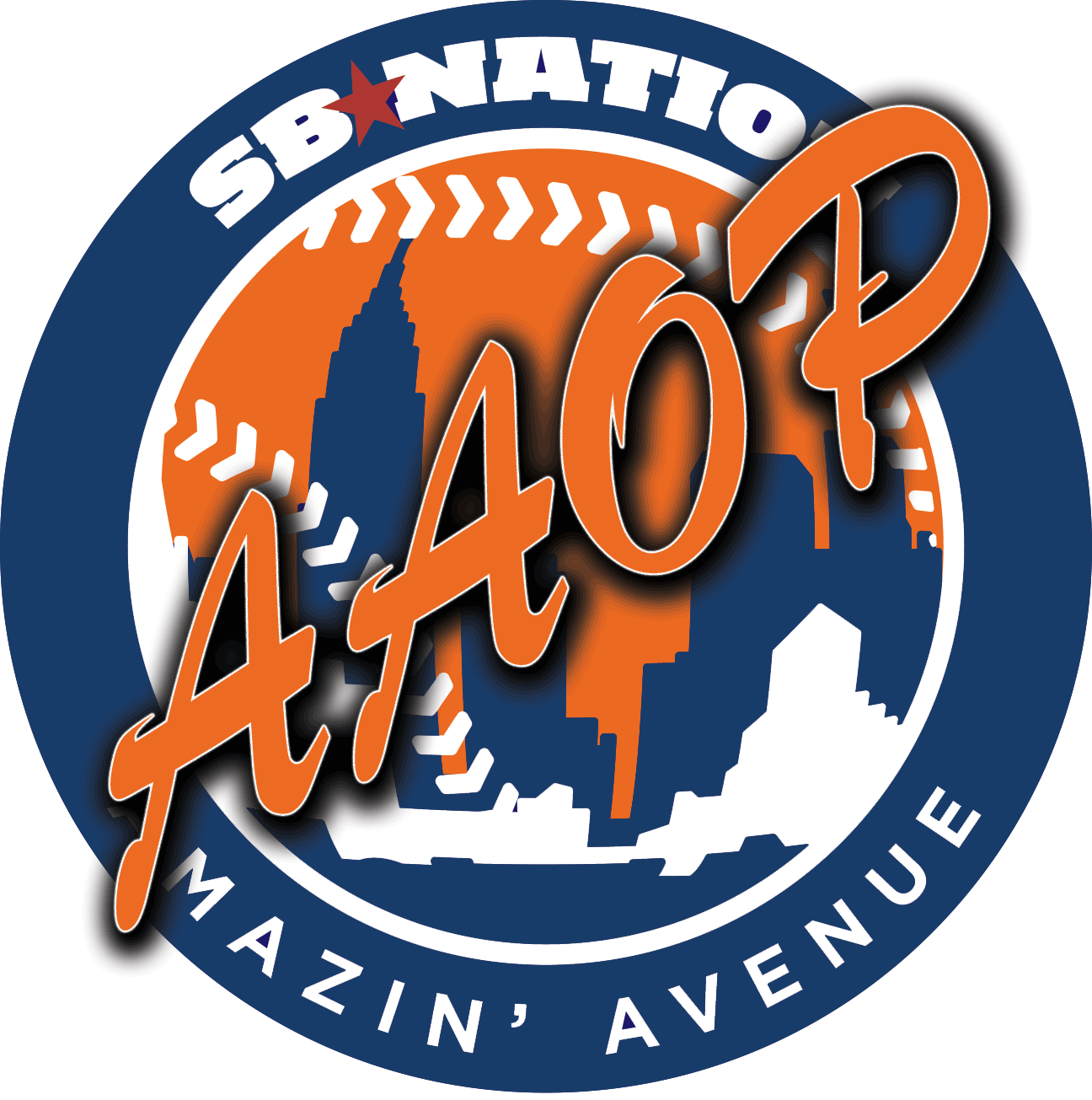 What would you do if you were Sandy Alderson?

Oakland had more pitching talent on hand, though. Brandon McCarthy (4.5 fWAR), Gio Gonzalez (3.3 fWAR), and Trevor Cahill (2.0 fWAR) were the starting rotation’s stalwarts during the season and were all under team control heading into 2012. And Andrew Bailey (1.0 fWAR) was a very good relief pitcher, to boot.

After hiring Bob Melvin as the team’s new manager, Billy Beane started reshaping his roster in early December of 2011 by trading away his third-best starting pitcher. The A’s sent Cahill and relief pitcher Craig Breslow—who had been picked up off waivers from the Twins in 2009—to the Diamondbacks for Jarrod Parker, Ryan Cook, and Collin Cowgill. All three were young but had very limited experience in the big leagues. Cahill was only a little older than Parker, but he had already racked up 583 effective-if-unspectacular innings in his major league career.

Beane doubled down on trading away starting pitching a couple weeks later, as he sent Gio Gonzalez to the Nationals along with Robert Gilliam in exchange for Tommy Milone, Derek Norris, Brad Peacock, and A.J. Cole. Like Cahill, Gonzalez had quite a bit of big league experience with 535.1 innings pitched, but he was more effective, particularly in 2010 and 2011. And like the players Oakland received from Arizona, the quartet of players Oakland received in the trade had very, very little in the way of big league experience.

Within a week, Beane made another trade. He sent Bailey and outfielder Ryan Sweeney to the Red Sox for Josh Reddick, Miles Head, and Raul Alcantra. Reddick had a bit of major league experience at the time, but he hadn’t yet had much in the way of success. 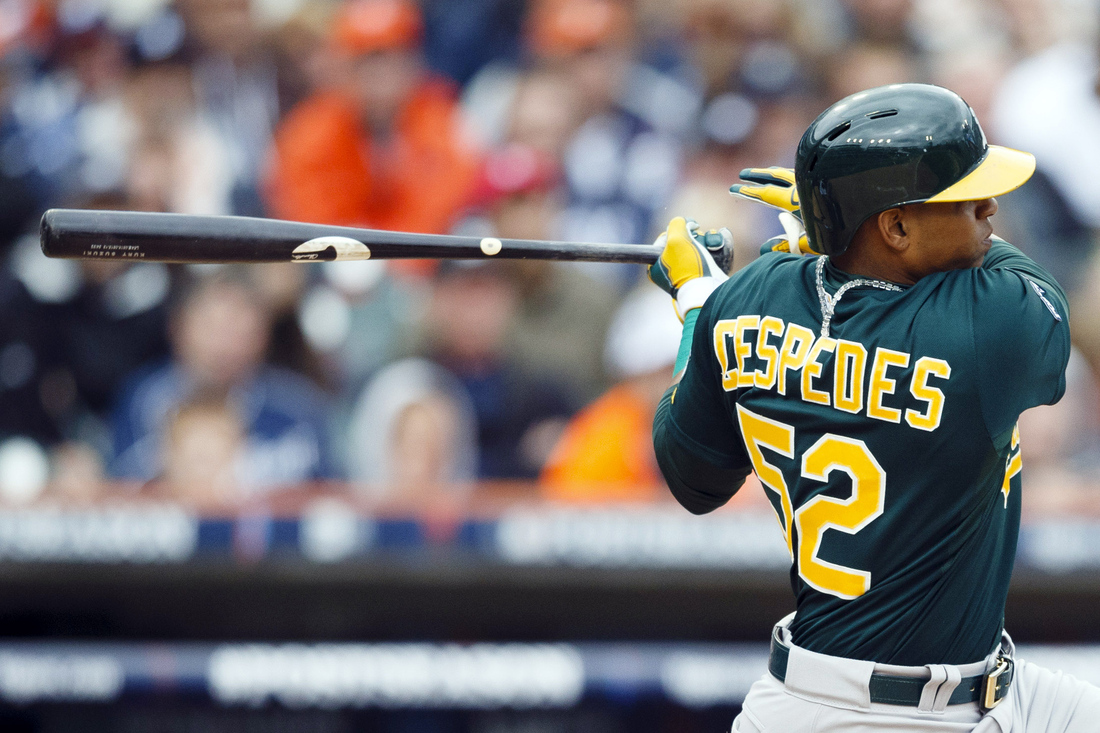 Beane did not stop with the trio of trades. In January, he brought back Coco Crisp on a two-year, $14 million contract. McCarthy was retained for the 2012 season, which was important, and Beane made a few other excellent signings.

Bartolo Colon, who had just revived his career with the Yankees, was signed to a one-year, $2 million deal. By the standards of major league baseball players, it turned out to be a steal. The A’s picked up Jonny Gomes, who had a career .780 OPS and 106 OPS+ at the time, on a one-year, $1 million deal. And Beane picked up Brandon Moss on a mere minor-league deal.

Of course, all of those signings looked minor at the time in comparison to the deal Oakland inked with Cuban outfielder Yoenis Cespedes: four years, $36 million.

Just about every move Beane made paid off. Parker, Milone, Cook, and Reddick were all significant contributors to the team’s success in 2012, even though they had such little major league experience. And the A’s’ free agent signings were nearly as good, as Colon was excellent before a PED suspension, Gomes and Moss were some of the best platoon hitters in baseball, Cespedes put up a 137 wRC+ in 129 games.

In total, the Athletics went from a $67 million payroll and 74 wins in 2011 to a $53 million payroll 94 wins, and an American League West title the following year. It certainly didn’t hurt that the A’s had a few young players of their own make the jump to MLB, either.

Josh Donaldson wasn’t nearly as good in 2012 as he was in 2013, but he emerged as a 1.5 fWAR player in limited playing time. A.J. Griffin was decent in the team’s starting rotation, and Sean Doolittle was excellent out of Oakland’s bullpen. And several other players made positive contributions in lesser roles.

If there were a Mets equivalent of the three major league players Beane gave up in those trades, it would be Jon Niese, Dillon Gee, and Bobby Parnell. It’s not a perfect comparison, of course, since all three have had significant injuries within the last year, but they are the Mets’ second- and third-best starting pitchers and best relief pitcher, respectively.

The upside here is that another major league team has shown that it is at least possible to turn a losing team into a contender on a shoestring budget. The downside is that the A’s had a bit more to work with after the 2011 season than the Mets do now, and it’s incredibly difficult to hit gold on so many acquisitions in one offseason. If Sandy Alderson’s hands are once again tied by a limited budget this winter, a creative overhaul of the Mets’ roster might be the team’s best shot at becoming relevant sooner than later.