Brad Bergesen, the former Orioles prospect, is a free agent after a successful season in Japan. Should he be on the Mets radar?

Born in Fairfield, California in 1982, Bradley Bergesen was immediately attracted to baseball and began cultivating his skill in the sport. Years of little league baseball paid dividends, as the youngster made the Foothills High School baseball team. Over the course of his time there, Bergesen impressed baseball scouts with his performance. His "stuff" and numbers didn't wow anybody, but they were solid enough that in the 2004 MLB Amateur Draft the Baltimore Orioles drafted the right-hander with their 4th round pick, making him the 109th amateur to be drafted that year. Joe Jordan, the Orioles' director of scouting in 2008, said of Bergesen that "he's not a sexy guy because he doesn't throw really, really hard, but he knows what the hell he's doing."

The 18-year-old made his professional baseball debut later in 2004, pitching 5⅔ innings with the Bluefield Orioles of the Appalachian League (Rookie Ball), but his career began in earnest in 2005 when he was assigned to the Aberdeen Ironbirds of the New York-Penn League (Short A-Ball). For the year, he had a 4.82 ERA in 71 innings over 15 starts. While his ERA wasn't terribly impressive, his strong velocity and excellent strikeout-to-walk ratio showed there was definite potential. Brad was assigned to the Delmarva Shorebirds of the South Atlantic League (A-Ball) to start the 2006 season and was ready to make the year his.

Unfortunately, he contracted mononucleosis and missed about a month of the season. Compounding things, the mono made him fatigue easier when he finally got back on field. All in all, his 2006 season ended much like his 2005 season. Again his stats weren't that good-—4.27 ERA in 86⅓ innings over 14 starts—but his peripheral numbers suggested that he could be a lot better. Bergesen repeated A-Ball in 2007 and he impressed scouts with his hot start. In 94⅓ innings with the Shorebirds, the 21-year-old had a 2.19 ERA, gave up only three home runs, and boasted an impressive 4.29 strikeout-to-walk ratio. He earned his promotion to Frederick Keys of the Carolina League (High A-Ball) midseason and was considerably worse there, posting a 5.75 ERA in 56⅓ innings overall 10 starts. Still, he had a successful season overall, posting a 3.52 ERA in 150⅔ innings split over both levels.

Brad opened the 2008 season with the Keys but spent very little time there, quickly being promoted to the Bowie Baysox of the Eastern League (Double-A Ball). In his three starts (four total appearances) with Frederick Bergesen pitched well, posting a 2.08 ERA in 17⅓ innings. He immediately lit up the Eastern League and never looked back. He pitched 24 games with the Baysox that year and went 15-6 with a 3.22 ERA in 148 innings. Brad was named Eastern League Pitcher of the Year and the Orioles named him their Minor League Pitcher of the Year. Baseball America declared Bergesen the Orioles prospect with the "Best Control" that year. He earned his promotion to the Norfolk Tides to start the 2009 season, but he didn't spend much time there. He made two starts, pitching 11 innings, before being called up to the Baltimore Orioles. 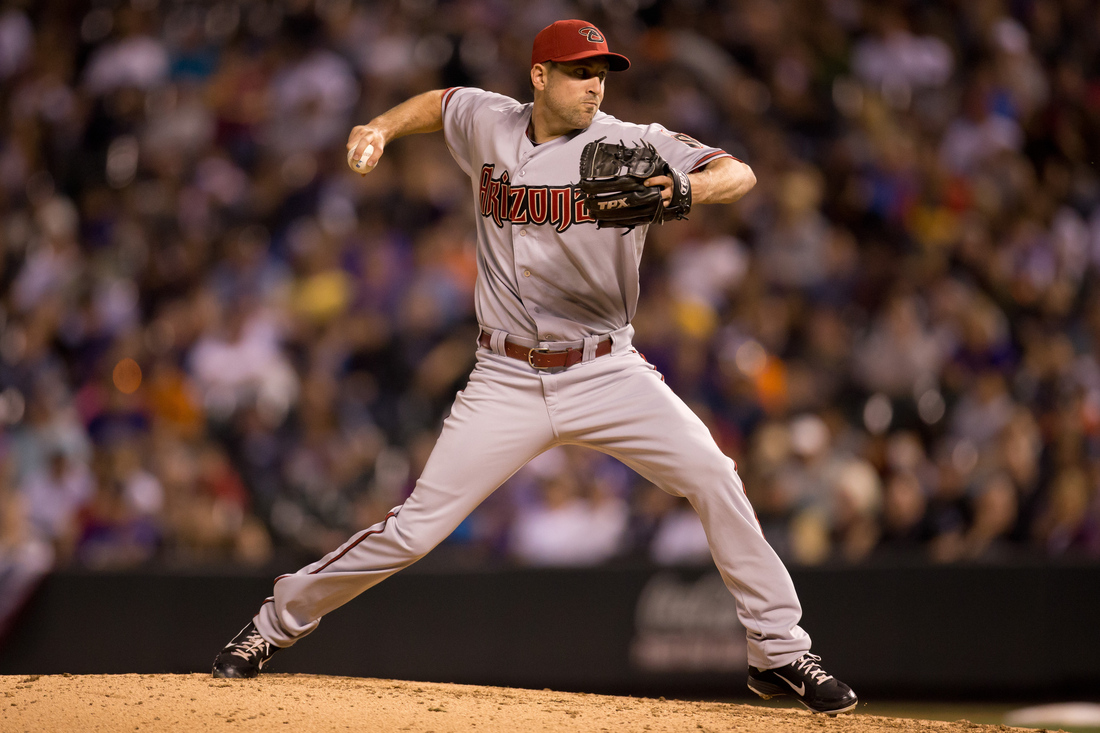 Brad made his first major league start on April 21, 2009, against the Chicago White Sox. He pitched well enough for the win, going 5⅔ innings, allowing three runs (one earned) on four hits and two walks while striking out four. He wouldn't see much success for the next month, though, as his ERA ballooned over 5.00 through May. At the end of May he turned his season around, throwing quality start after quality start. His season ended early and abruptly when he was hit by a Billy Butler comebacker on July 30, but overall it was a successful campaign. He made 19 starts and pitched 123⅓ innings. He went 7-5 with a 3.43 ERA, with nearly two strikeouts for every walk (65:32 strikeout-to-walk ratio). Unfortunately for Brad, he would never again match that level of performance in the big leagues.

Bergesen began the 2010 season with the O's but was optioned to Triple-A Norfolk in April after making three lackluster starts. After a strong performance against the Charlotte Knights, the 24-year-old was recalled to the Orioles. He remained in the Orioles' rotation for the next two months, pitching some good games and pitching some clunkers. In mid-June he was sent back to Norfolk once again for some tuning-up. He returned at the end of the month and remained in the Orioles' rotation for the rest of the year, but was very up-and-down pitching-wise. For the year, he pitched 170 innings with a disappointing 4.98 ERA and 1.59 strikeout-to-walk ratio.

His 2011 season was more of the same. He began the year unspectacularly and was optioned to Triple-A Norfolk for a few games in early June as a result. Unlike his 2010 season, when Bergesen returned to the big club he was used almost exclusively out of the bullpen. This experiment wasn't much better than the previous one, as he still struggled as a reliever. As a starter he had a 5.78 ERA, a 1.75 strikeout-to-walk ratio, and batters hit .301/.352/.529 against him. As a reliever, he had a 5.59 ERA, a 2.17 strikeout-to-wak ratio, and batters hit .266/.323/.461 against him.

Brad opened the 2012 season in Norfolk. Used as both a starter and a reliever he was halfway decent, posting a 3.98 ERA in 81⅓ innings. He was left exposed to waivers, and on July 20 the Arizona Diamondbacks claimed him. He was promoted to the big league club and used as a reliever for the rest of the year. He pitched 29⅔ innings with the D-Backs and was fairly effective, posting a 3.64 ERA and a 2.57 strikeout-to-walk ratio. In December, the Chunichi Dragons announced that they had acquired Bergesen in "a money trade" with the Diamondbacks. In effect, the Dragons gave Arizona money to release Bergesen, who they then signed to an incentivized deal with a base salary of $750,000.

The 27-year-old was used as a starter by the Dragons and he was fairly effective with his new team, posting a 3.71 ERA in 53⅓ innings. He missed a pair of starts in mid-June because of swelling in his pitching hand that was originally thought to be the result of an insect bite, but upon further investigation revealed an infected hangnail. At the beginning of September Chunichi released Bergesen, making him a free agent. Upon returning to the U.S., Bergesen scheduled a doctor visit to have his shoulder—which had been giving him issues late in the year—examined.

His MLB stats are as follows:

His MiLB stats are as follows:

His NPB stats are as follows:

Brad Bergesen depends on ground ball outs in order to be effective, but he's not an especially dominant ground ball pitcher. For his career he has a 47.1% ground ball rate and a 1.33 grounder-to-fly ratio. He relies primarily on his sinker to get ground ball outs, but doesn't strike out or walk many batters. In the big leagues Bergesen was a generic fastball/slider/changeup pitcher. His fastball sat around 90 MPH or so, with sinking movement to it. His slider sat in the low 80s and featured sweeping break. His changeup sat in the mid 80s, which was only about 5 MPH slower than his fastball.

Does He Make Sense For The Mets?

With Matt Harvey on the disable dlist for the year, Zack Wheeler, Jon Niese, and Dillon Gee are the only starters currently penciled in to pitch games in 2014. This leaves the Mets in the market for not one, but two starters. With names like Jenrry Mejia, Rafael Montero, Noah Syndergaard, and Jake deGrom all either in or entering the later stages of their minor league development, it is unlikely that the team will sign a pitcher to a long-term deal. This leaves the Mets picking from a list of pitchers who are willing to accept short-term deals. Unfortunately, this list is filled with players who aren't that good or are big question marks because they are seeking to rebuild their value after a drop-off.

Working against Bergesen is the fact that the organization would probably feel more comfortable targeting a pitcher they can rely on to eat innings while providing moderate value. Wheeler was working on a pitch count in 2013, Niese was injured on and off, and Gee pitched 199 innings, almost 40 more than his previous season high (2011) and 90 more than his 2012 season total (when his season ended early because of injury). Bergesen's career high was 170 innings in 2010, and he wasn't particularly good in those innings. If Bergeson can't be counted on to soak up some back-of-the-rotation innings next year, the Mets may well be better off looking elsewhere for help.