Noah Syndergaard tabbed no. 6 prospect in FSL by Baseball America

The Mets top pitching prospect makes the first of many prospect rankings this offseason.

Share All sharing options for: Noah Syndergaard tabbed no. 6 prospect in FSL by Baseball America

Baseball America has continued their Top 20 rankings with a look at the Florida State League -- and wouldn't you know it, Noah Syndergaard is the top pitcher in the circuit.

An excerpt from John Manuel's comments on Syndergaard:

"Scouts and managers considered him the easy choice as the best pitching prospect in the FSL thanks to a premium fastball, notable as much for its arm-side run and ability to get in on righthanded hitters as for its premium 94-98 mph velocity. Syndergaard adds a fine pitcher’s build and clean delivery, both indicative of durability.

Scouts and managers in the FSL considered his secondary stuff—he throws both a curveball and slider as well as a firm changeup—closer to average, with the change more on the fringy side." 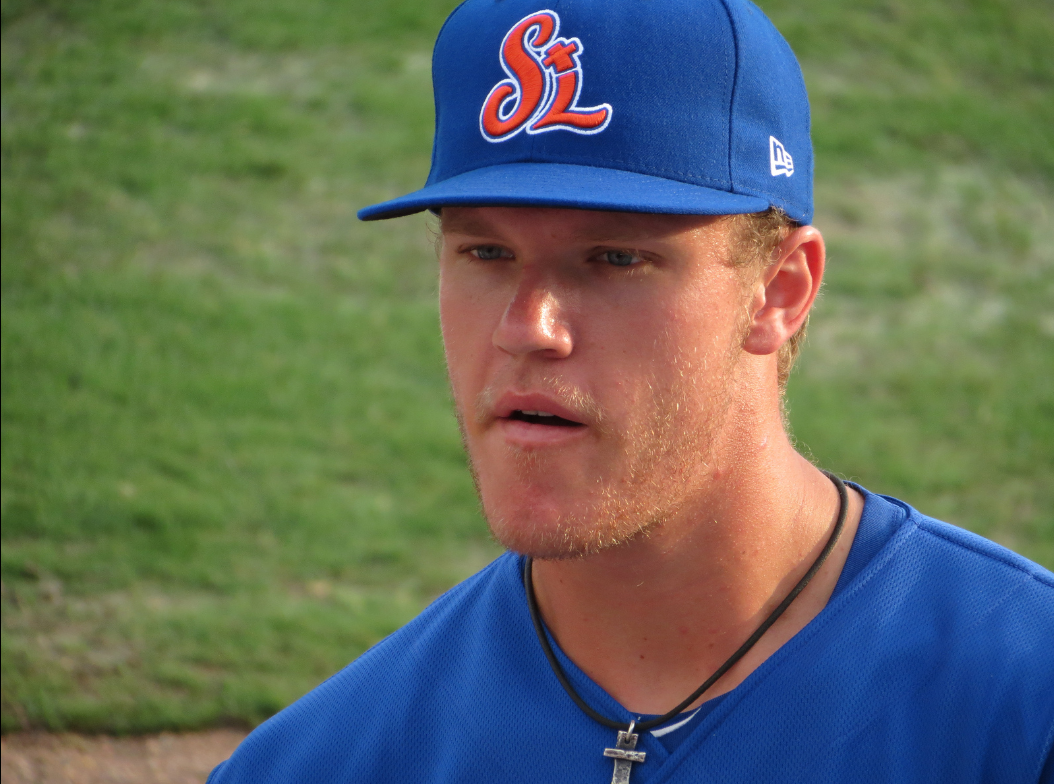 After an outstanding season where Syndergaard posted a 3.06 ERA with 133 strikeouts in 117.2 innings pitched, this ranking validates chatter that Syndergaard may find himself among the top ten pitching prospects in all of minor league baseball -- and the top 20-25 players in general.

Like Harvey and Wheeler before him, Syndergaard is regarded as a potential top-of-the-rotation pitcher at the major league level, with one FSL manager in the piece stating that "[Syndergaard] has the fastball to be a No. 1 starter, but his secondary stuff might make him more of a No. 3."

In any case, the 6'6" righty is most certainly one of the most valuable assets in the Mets organization -- a fact that will not go unnoticed by opposing general managers as Sandy Alderson kicks off the annual offseason talent search at the GM Meetings in mid-November. It remains to be seen, however, whether or not Alderson will -- or should -- pluck from his stable of talented young arms to obtain the major league position player talent that the Mets, as they are currently constituted, so sorely lack.

What do you think?