The World Baseball Classic is an international tournament meant to pit national teams against each other much like the World Cup. For most Mets fans that makes our team the United States. Since we already have Major League Baseball to represent our baseball superiority it's hard to get that invested in the Classic. Like the Olympics our favorite players are often spread across multiple countries making it hard to unconditionally root for the USA.

It's still an enjoyable event because it's competitive baseball. Our rooting interest may not be that strong, but the players themselves care and that's enough to make the games take on that competitive edge that's lacking from Spring Training bouts. Taiwanese scouts even disguised themselves as umpires to better scout South Korea and gain an advantage. Representing their country means something to most of these players, and that they actively chose to participate in the Classic and know Spring Training games are only meant for practice goes a long way towards raising the level of competition.

The Classic isn't played at a horrible time either; Just as we're getting bored of the novelty of having baseball players back doing baseball things and we start wondering when results are finally going to start mattering again we get some competition with many of the best players in MLB, and the world, participating. Most people work during the day when Spring Training games air, so this is an opportunity to watch some baseball in the evenings instead of meaningless Spring Training highlights. The first two pools in Asia are not televised at a convenient time due to the time difference, but there will be plenty of games that are from the other pools and other rounds. 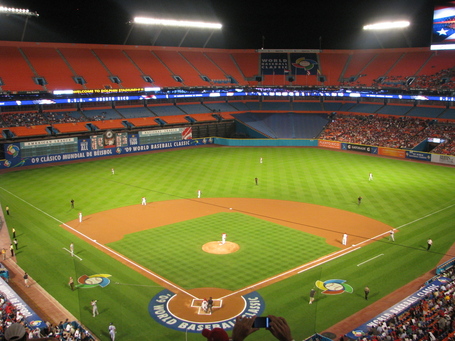 The buzz around the Classic may not be that high, but as is often the case the story at the park is different. I had the pleasure to attend a round two game in 2009 between Puerto Rico and the United States. Miami is a quick drive down the highway from Port St. Lucie, which is plenty of time to get from an afternoon Mets game to a prime time World Baseball Classic game. I was surprised to find Dolphin Stadium abuzz with energy and crowds, which usually isn't the case for any baseball game there. Saying it was a playoff atmosphere is probably a stretch, but perhaps a September pennant race game against a rival fits the feel in the park that day. The game itself wasn't sold out, but the park was crowded and busy. Miami's demographic probably had something to do with the atmosphere; at least as many fans were rooting for Puerto Rico as the United States, but the US fans were making themselves known just as loudly. Even though the game itself was a lopsided, mercy rule affair, the crowd stayed interested and engaged throughout. 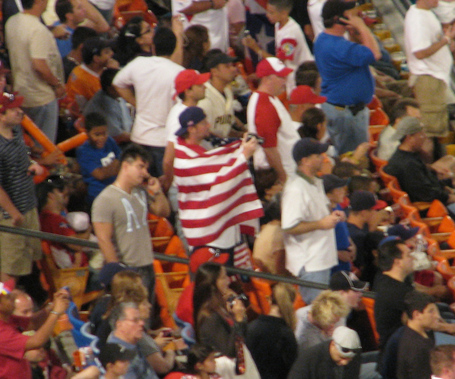 It was a friendly rivalry, as fans that would spend the regular season rooting for the same team may find themselves at odds during this match-up. Other fans, like myself, find themselves torn in allegiance. Clearly the United States is my team in the tournament, but the Mets are my team first and foremost. Can I root for David Wright over Carlos Beltran? Can I bring myself to root for Derek Jeter or Jimmy Rollins at all? Isn't rooting for Puerto Rico rooting for America a nyway? 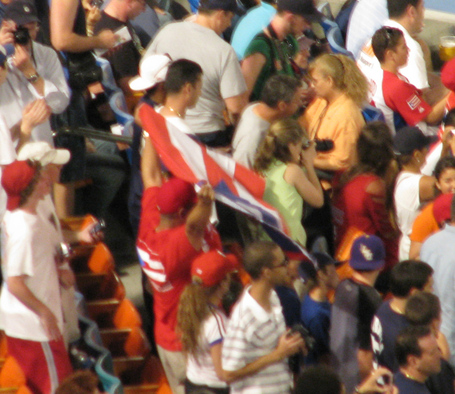 What I really enjoyed about the game, and the Classic in general, was simply that it was competitive baseball. I watch baseball pretty much every day for six or seven months of the year, and certainly some of those games are less than competitive. There are Major League Baseball players spread all over the rosters. Mike Piazza and Frank Catalanotto are coaches for the Italian team and I'm going to be rooting for them at least a little bit. It's rare that you get to see some of the Cuban players play, and you never know who's going to try to defect to join the majors. Players from other countries might try to join the league and this could be the first chance to get to see them in action.

For some, especially the players, the World Baseball Classic may be a battle for national pride, but for many it's simply an excuse to watch some baseball being played at a level much higher than what you see from Spring Training. It's an opportunity to watch players and teams, some unfamiliar, compete without being emotionally invested in the outcome and being able to simply enjoy the great game of baseball.