The 19-year-old 2011 first rounder requires surgery to repair a torn meniscus in his right knee.

Only a very minor set back in a long career. Looking forward to getting back to 100%

The 19-year-old from Oklahoma suffered the injury last week during workouts in Port St. Lucie.

Meniscus injuries are generally not considered overly serious, typically requiring minor arthroscopic surgery to repair cartilage damage in the knee. Based on similar injuries around baseball over the past few seasons, recovery time seems to fall anywhere from under a month up to eight to ten weeks, based on severity of the tear.

For reference, Tim Byrdak suffered a similar injury last spring and beat Sandy Alderson's initial timetable of six weeks by returning in just under a month. 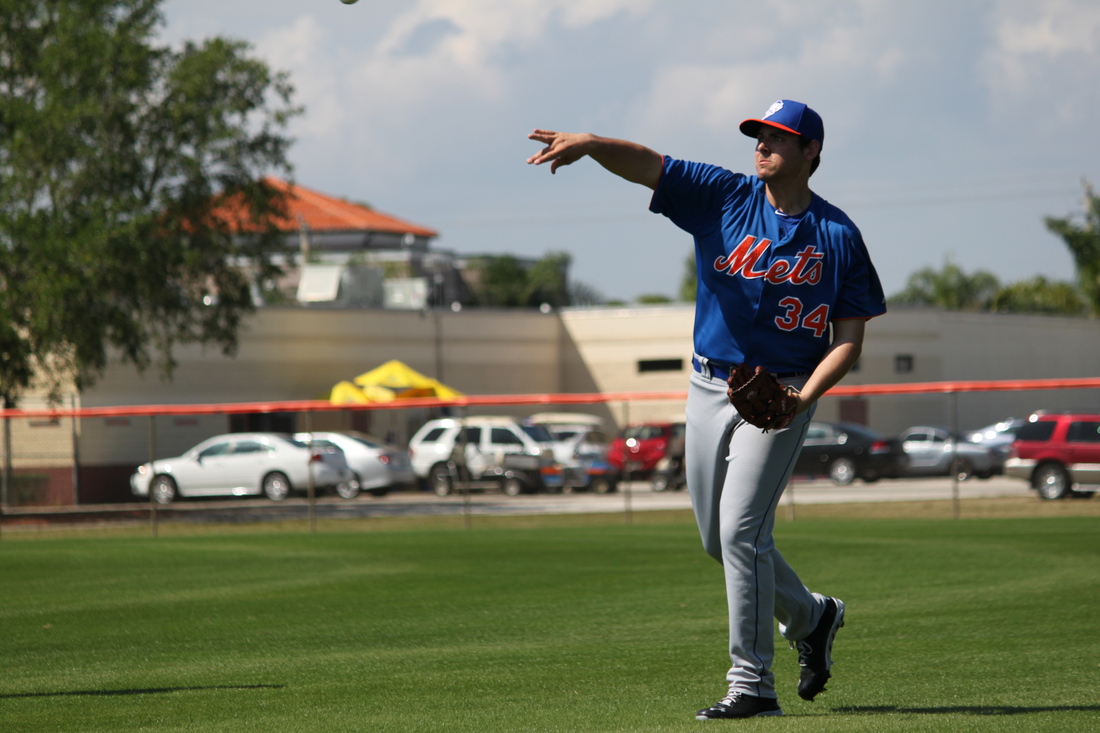 Read up on Michael Fulmer's prospect profile in the latest pre-season rankings!

In 2012 Fulmer posted a 2.74 ERA in 21 starts for Low-A Savannah. He also notched 101 strikeouts -- against just 38 walks -- in 108 innings pitched, all as one of the South Atlantic League's five youngest players. In the 2013 Mets Top 50 Prospects series I slotted the impressive young righty in the number four position citing a "dynamic mix of stuff, youth, and success [that] makes the 6'3", 200 lbs righty one of the biggest stories in the system in 2012 and one of its best prospects going forward."