A spring training look at the goings-on at SNY, the Mets' television home.

Share All sharing options for: This Week In SNY: Spring Training Edition

We here at This Week In SNY are looking forward to another fun season of Gary, Keith, Ron, Ralph, Kevin, and all the rest at SNY. Please oblige us as we try to work out the preseason kinks with this spring training hodgepodge post, featuring some Port St. Lucie happenings, a new SNY personality, and the game we are most looking forward to.

Our man Gary Cohen stood out in the stands when the polo shirt he wore didn't quite blend in with the blue seats around him (via SNY's Tumblr): 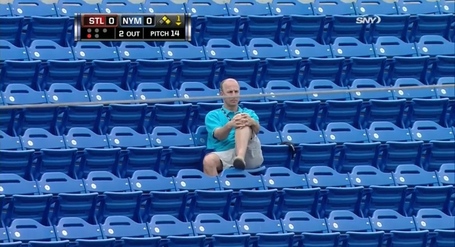 We don't anticipate any sequels to Cohen Alone this season. Perhaps Gary was trying to get a sense of what Kevin Burkhardt sometimes feels like: 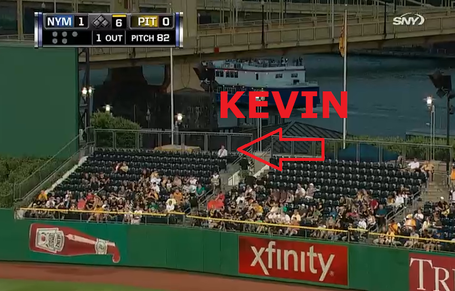 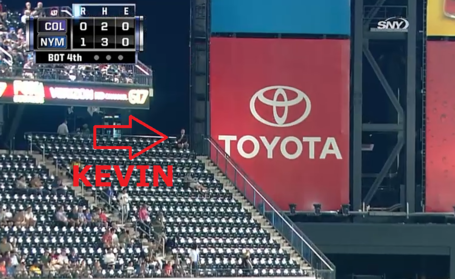 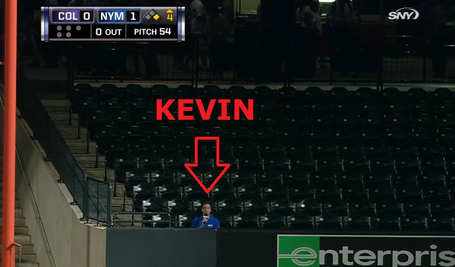 We'll give Ron Darling the award for best quote of the spring for his riff on red-headed Justin Turner's ankle injury:

"The good news was that Turner was walking around, albeit gingerly."

Regis Philbin stopped by Mets camp on St. Patrick's Day to deliver big news to Terry Collins: Philbin is, in fact, Collins' father. It was an emotional scene and the two are on good terms: 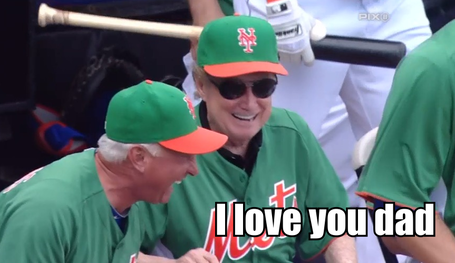 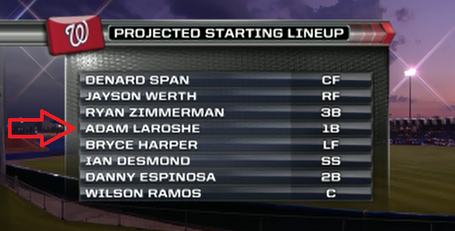 Jordany Valdespin underwent a massive transformation this offseason, both mentally and physically: 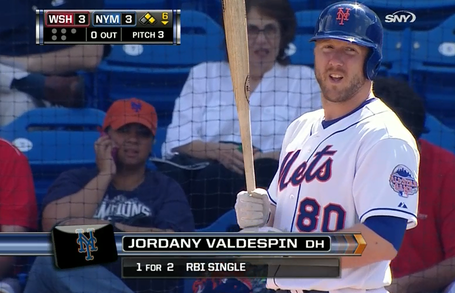 This has been Nitpicking With TWISNY: Spring Training Edition.

Here's Kaitlin with the best-looking member of the Mets community (via SNY's Tumblr): 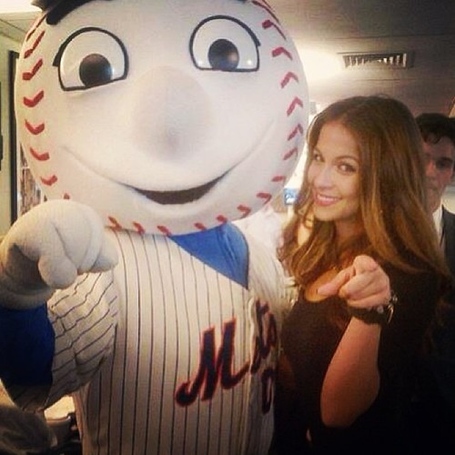 While trying to access SNY's website, we accidentally typed the URL SNY.com instead of the correct SNY.tv. This is the page that loaded (click to embiggen): 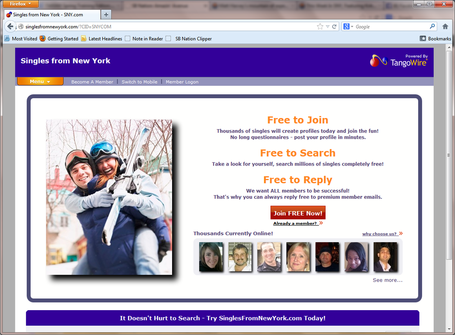 Singles from New York. For a moment, before realizing the SNY.tv mix-up, we worried that SNY had become a low-budget online dating site. Curious, we checked out SNY.org (click to embiggen): 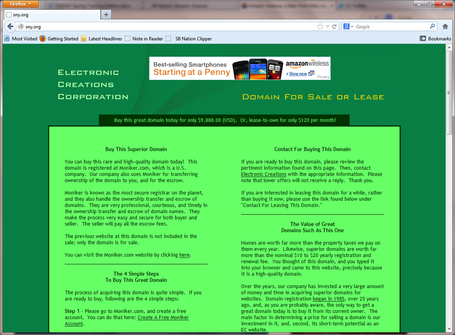 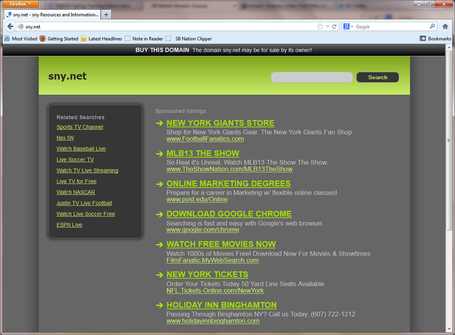 Another unused URL for sale, this time for $4,438 or best offer. Look, we understand SNY's website has branded itself as "SNY.tv", but a few thousand dollars to buy a couple re-direct URLs seems cheap enough for a multi-million dollar company like SNY. Maybe the owners of Singles from New York would drive too hard a bargain but at least snatch up the .org and .net to send mistaken URL typers to the .tv.

Will SNY's Spellchecker Work This Season?

TWISNY is looking forward to the Mets-Diamondbacks tilt on July 1st, for that is the first chance we will have to see if SNY can spell D-Backs first baseman Paul Goldschmidt's last name correctly. This proved a tall order for the network in 2012; SNY consistently omitted the letter "c" in Goldschmidt. Some examples: 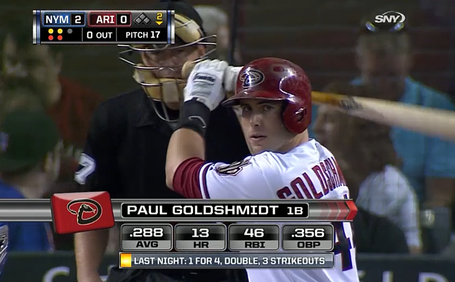 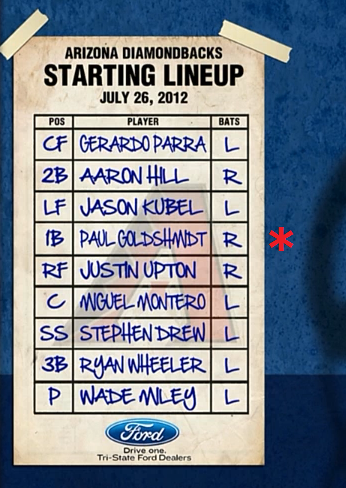 We have extensive firsthand experience with misspelled last names so we're rooting for SNY to get it right. Use the spellcheck or have another set of eyes review the spelling; do whatever needs to be done. It's the man's name.

That's all for now. The next time you see us, the Mets will be playing games that count, so cheers to that. Send any tips or suggestions to ThisWeekInSNY@gmail.com. You will be credited if we run the material.