Few Mets in history have taken a walk like Wayne Garrett. If the Mets had only trusted him, they'd be a historically changed franchise.

Share All sharing options for: The Top 50 Mets Of All Time: #35 Wayne Garrett

When the Mets paid $20,000 for orange-headed Wayne Garrett, then batted him third against Bob Gibson in his second ever major league game, they were trying out their 40th third baseman in the franchise's eight years. Garrett stepped up and knocked a double off Gibson, then rode a miraculous wave that crested in a World Championship.

Then the Mets nearly killed themselves trying to find someone better. 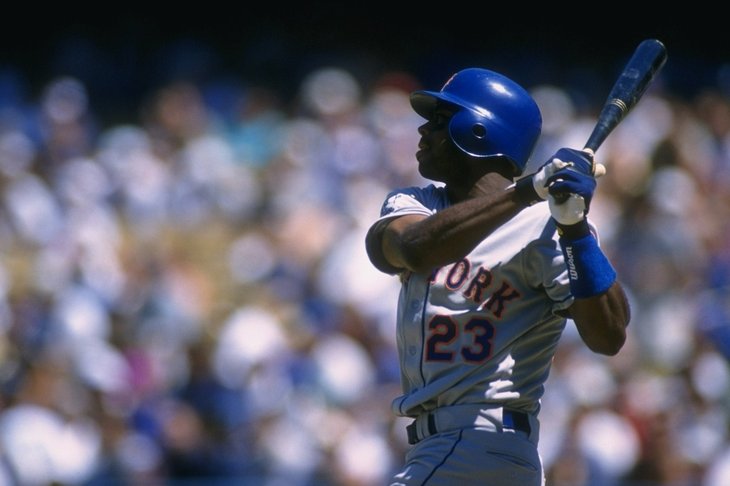 Ronald Wayne Garrett – he hated the nickname "Red" – played high school ball in Sarasota, Florida, before following his older brothers, Adrian and James, into the Milwaukee Braves' farm system. Hunting for a utility infielder, the Mets nabbed the 21 year old in the 1968 Rule 5 Draft and gave him his first invitation to major league camp. Soon, the rookie was getting regular at-bats in what looked like another hopeless Mets effort.

"I wasn't nervous at the plate," the skinny hitter remembered. "But in the field... God, I was so tense. My hands were like iron."

His nerves had it the wrong way around. Garrett was sure-handed anywhere on the diamond, but his bat wouldn't have played at all had he not swung it left-handed. Garrett hit just .218 in his first year, platooning at 3B with veteran Ed Charles. But he was blessed with righties to hit – and hit well – in October.

On October 6, 1969, the first ever postseason game was played at Shea. "The Huck Finn of the New York Mets," as Bob Murphy called Garrett, knocked an unlikely homer to pull the Mets ahead of the Braves in the third and deciding game. Garrett played in all three contests, going 5-for-13 with three extra base hits, then reached twice in four plate appearances in the World Series.

"The best moment," Garrett remembered, didn't come with either the bat or the glove. It was "when I ran out onto the field when it was all over." In the elation that followed, the Daily News called Garrett the best bargain since the sale of Manhattan.

But the Mets weren't sold.

With Ed Charles retiring, they traded blue-chip prospect Amis Otis to the Royals for third-bagger Joe Foy. Otis would spend the next decade-and-a-half as a major leaguer and sometime All-Star. Foy would give the Mets 99 games before being cut loose.

Meanwhile, the little lefty had developed a skill.

Meanwhile, the little lefty had developed a skill. In 1970, Garrett hit for a respectable average, .254, but improved his on-base percentage to a terrific .390. Even in an era when on-base percentage was undervalued, it was hard not to perk up at 81 walks in 114 games. (Not to mention 12 homers.)

Garrett would have been the starting 3B in 1971 but for the domino theory of foreign affairs. When the young man's draft status came up 1-A, he spent the first four months of spring and summer with the Bayside National Guard. Rejoining the team in July, Garrett finished up the season on an 0-24 streak, with a .238 slugging percentage comically south of his .310 on-base percentage.

So the Mets went back to the well, this time dropping in a right-hander named Nolan Ryan (along with three other players) in order to draw up their next third base candidate, the Angel's Jim Fregosi. Fregosi struck out 96 times in 145 games and was cut by the Mets mid 1973. Ryan struck out 5,714 batters and retired two decades later.

In 1972, he tottered along through hamstring and shoulder injuries to overcome a .232 batting average and post a league-average OPS. How? An astonishing 18.6% walk rate.

The next season, Garrett trailed only John Milner in home runs, with 16, while leading the team in walks and placing third in RBI, doubles, hits, and runs scored. On the glove side, he placed second among the National League third basemen with 36 double plays started. Of his 11 game-winning hits that year, four came in September as the Mets captured their unlikely division win, with Garrett as lead-off man and a team leader.

Garrett's luck didn't carry through the postseason (.132 average, only five walks in 12 games) of what was clearly his finest year. The next season, his batting average took a big dip, though he thumped 13 home runs and walked a career-best 89 times. The Mets, needless to say, were again skeptical, and brought in Joe Torre to split time at third base.

But Garrett went out strong. In 107 games in 1975, he posted a 120 wRC+, which beats one season of David Wright (Wright's 2009). He was traded at the deadline in 1976 with Del Unser to the Montreal Expos for Jim Dwyer and Pep Mangual, but not before walking 52 times in his final half season with the Mets.

On September 20, 1973, the Mets were battling the Pirates for sole possession of first place when Garrett helped execute the famed "Ball on the Wall" play, emblematic of their historic run. In the 13th inning of a tie game, Pittsburgh's Dave Augustine crushed a ball that landed on top of the left field wall and somehow caromed back into play. Cleon Jones caught it, fired it into the cutoff-man Garrett, who fired a strike to home plate that cut down the runner from first.

If the Mets had to do it over again, they'd recognize the lucky break they had in Garrett and not get hung up in a double, triple clutch. Like they said in '73, ya gotta believe.