Johan Santana and the ghosts of Frank Viola

The parallels between the Mets careers of Johan Santana and Frank Viola are startlingly similar.

Share All sharing options for: Johan Santana and the ghosts of Frank Viola

I don't remember when the Twins traded their Cy Young Award winner to the Mets in exchange for a handful of exciting young prospects. Before you jump all over me, I don't see why I should remember. I was two-and-a-half when Frank Viola was traded. The 29 year old lefty was their best pitcher, and while the Twins weren't exactly chopped liver, the team felt that in the long run they would be better served trading him than hanging on to him and collecting the short-term gains. Sure, the Mets were giving up some intriguing players, but the return was worth it; they needed a big time pitcher, and this acquisition would give them one.

Striking parallels exist between Frank Viola and Johan Santana, between their respective time with the Mets, and between their careers generally. 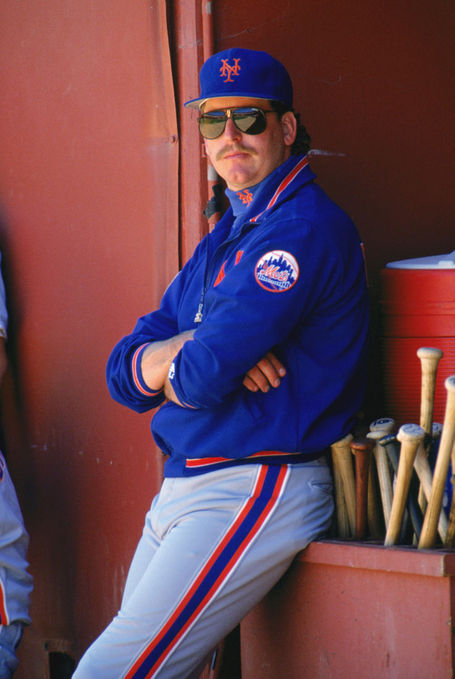 Viola came to the Mets in a mid-season blockbuster trade that sent Rick Aguilera, Tim Drummond, Kevin Tapani, and David West to Minnesota, along with a PTBNL that turned out to be Jack Savage. Many fans were disappointed to lose Aguilera, a mostly dependable reliever, as well as a handful of young prospects with fairly good numbers down in the farm system. Combined, critics felt, those guys were worth more than a single Viola, especially in the long term. In retrospect, that wasn't the case. Aguilera continued to be a dependable reliever, serving as the Twins' closer for all of the ‘90s. Tapani threw for another decade as an innings-eater with uninspiring numbers. None of the prospects ever panned out.

Santana, fresher in our collective memory, was acquired on February 2, 2008, in exchange for outfielder Carlos Gomez and minor league pitchers Phil Humber, Deolis Guerra, and Kevin Mulvey. Fans, again, felt that the career potential of the handful of traded young prospects was worth more than one Johan Santana. At the time, I was among the skeptics—of course, that didn't stop me from celebrating when we acquired him. Time, as it does, told. Humber has had some marginal success, as has Gomez. Guerra is still toiling away in the minor leagues, posting subpar numbers; Mulvey retired from baseball in May 2012.

Nearly two decades later, in 2008, the Mets found themselves in a similar position. Unfortunately, this time they weren't one game away from the World Series. This time they had just missed getting into the playoffs. The team that many predicted would win it all stalled at the end of the season. The bullpen was the most serious offender, but the starting rotation was also shaky. It consisted of unproven youngsters John Maine and Oliver Perez, oft-injured veteran Pedro Martinez, and budding prospect Mike Pelfrey. Both the Boston Red Sox and New York Yankees were making plays for Johan Santana, offering a variety of their own prospects. The Mets were the peripheral players. Ultimately, and a bit surprisingly, the Mets were the ones to acquire the former Cy Young winner.

Johan and Viola each made an immediate impact.

Johan and Viola each made an immediate impact. In August, when Viola arrived at Shea Stadium, the Mets were in third place in the National League East, seven games behind first place. By the end of the month they were in second place, 2.5 games out of first. It was not all Frank Viola's doing, of course, but his 3.38 earned run average in 85.1 innings (12 starts) didn't hurt. In 1990, in his first full season with the team, he shone the brightest. With a league leading 249.2 innings, Viola won 20 games while posting a 2.67 earned run average, 141 ERA+, 2.88 FIP and being worth 6.4 rWAR, the third highest single-season total in his career (eclipsed only by his 1987 World Series season and his 1988 Cy Young season). He was an All-Star that year; he finished third in National League Cy Young voting behind Doug Drabek and Ramon Martinez, neither of whom were as good as Viola that season.

In Santana, the 2008 Mets suddenly had a staff anchor. One-A (or One-B if you want to give Pedro Martinez seniority) was the heart and soul of the pitching staff, bringing a fire and intensity that the rotation lacked. In a league leading 234.1 innings, Santana won 16 games (surely he could have won 20+ had the bullpen not blown so many of his leads) while posting an MLB-leading 2.53 earned run average, 166 ERA+, 3.51 FIP and being worth 5.2 rWAR, the fourth highest single-season total of his career (eclipsed only by his halcyon days of 2004-2008 when he won two Cy Young Awards, a pitching triple crown, and was the best pitcher in all of baseball by a large margin). Santana finished third in National League Cy Young voting behind Tim Lincecum and Brandon Webb, neither of whom were as good as Johan that season (yes, in my mind, better than Lincecum). 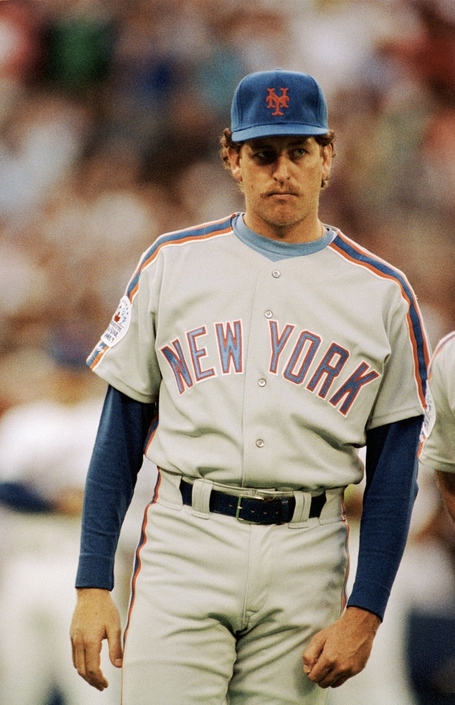 As bright as his star had burned, the Frank Viola who could lead the Mets to the promised land faded away. In 1991, Viola didn't pitch poorly, per se, but he didn't perform as advertised. He made 35 starts that year and threw 231.1 innings. His earned run average ballooned to 3.97 while his peripheral stats all trended in the wrong direction. Knowing Viola would ask for more money than he was probably worth at that point, the Mets front office let the left-hander walk. He would eventually sign with the Red Sox for the princely sum of $14.5 million dollars over three years. Injuries limited his playing time and his effectiveness on the field, and he hung up his cleats after the 1996 season.

The Johan Santana that Mets fans experienced for themselves in 2008 (and saw from afar during his time with the Twins) never fully reappeared after that season. That's not to say that he did not pitch well when he was on the field, but, save for a few stretches here and there, he was no longer the same dominant Johan Santana. Injury limited his playing time in 2009, 2010 and 2012; it completely prevented him from pitching in 2011, and now, it may have ended his career.

What does all of this mean? Nothing more than that baseball can be a mystical game, riddled with narratives and circumstances and stats that sometimes, seemingly, reoccur. That being said, the next time the Twins trade the Mets an All-Star, Cy Young Award-winning, left-handed pitcher who makes his bread-and-butter with the change-up, I'm not going to set my expectations as high. Baseball is a very superstitious game, after all.