*All results from games played on Tuesday, April 9th, 2013

Smark favorite Josh Satin continued to be a one-man wrecking crew going 2-4 with a solo home run in the 2nd inning. A testament to how good he's been, his 2-4 night brought his batting average down to on the season, to .480. The 28-year-old has a cumulative .300/.393/.440 batting line in 710 plate appearances at AAA and a cumulative .317/.410/.508 batting line in 736 plate appearances at AA, and gets no attention. You know who gets plenty of attention, though? Zack Wheeler (and rightfully so, don't get me wrong). He was a bit shaky in this outing, continuing the somewhat disturbing trend in ~40 IP at the AAA level. He scattered eight hits and walked three batters while "only" striking out six. A bit more reassuring is the fact that he threw 63 of his 93 pitches for strikes. A Travis d'Arnaud passed ball and Brian Bixler fielding error in the helped push across three runs in the bottom of the 3rd inning, but Wheeler was only charged for one of them. Another error in the bottom of the 4th, this time a throwing error by Wheeler himself, allowed Jackson Williams to score. That unearned run would be the last tally on either side. In the end, Wheeler was outdueled by former farmhand Yusmeiro Petit, who also allowed eight hits and one earned run, but struck out seven.

In a well-played game all around, on both sides, the Erie SeaWolves outscored the B-Mets 2-1, and earned themselves a victory. Binghamton scored a run in the first inning off of familiar face Kyle Lobstein, but were unable to do much else for the rest of the ballgame- Binghamton went 0-8 with runners in scoring position for the rest of the game. Rafael Montero was filthy, scattering six hits (and a run in the bottom of the 6th) while striking out seven en route to a no-decision. His replacement, John Church, gave up a double to the first batter he faced, and a sac fly plated said runner and sealed the game.

The St. Lucie Mets continue their winning streak, picking up a victory over the Palm Beach Cardinals. With the stuff that Luis Mateo had, the only way they wouldn't be able to win would be if they were unable to score- and, luckily for everyone, they did. Already up 1-0 because of an unearned run, the St. Lucie Mets put up a three-spot in the 6th inning, chaining five singles together against reliever Jonathan Cornelius. But, back to Mateo. He was dealing, striking out nine on his way to his first victory of his St. Lucie Mets career.

The game did not start off well for the Sand Gnats, as the GreenJackets, as starter Luis Cessa gave up a single to start the game, and a batter later, a double to plate the runner. Savannah would give him the run back in the bottom of the inning, when Brandon Nimmo reached base via HBP and Kevin Plawecki doubled to bring him home. The Sand Gnats would go on to score six more runs, while the GreenJackets would only manage one more. Cessa was not utterly dominant, allowing seven hits and issuing a walk, but he kept the damage in check and certainly pitched well enough to earn his first win of the year. 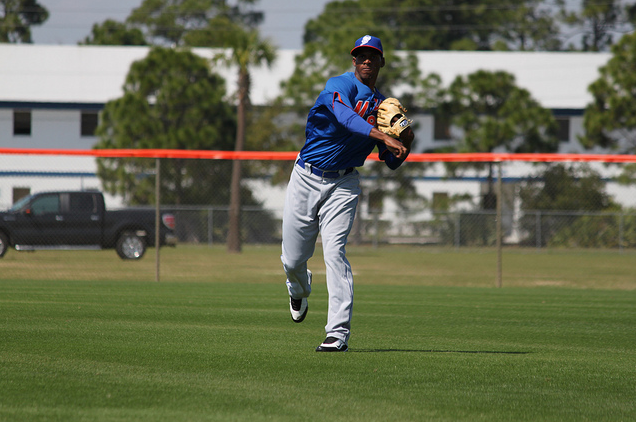 It's hard to pick just one, so I'll make it a group effort: New York Mets top pitching prospects are the Stars of the Night. Some pitched better than others, but they combined to pitch 18 innings, giving up 18 hits, allowing two earned runs, 5 walks, and totaling 22 strikeouts.

The entire Las Vegas deserves a lot of scorn for their performance last night, but Omar Quintanilla was particularly bad. Anytime you get a Golden Sombrero, you're the Goat of the Night- the unwritten rules of baseball strike again.