It may have been cold in Minnesota, but the Mets' bats were on fire.

The Mets' first-ever visit to Target Field began with warmups in snow flurries. It ended with one of the team's highest-scoring games in recent history. 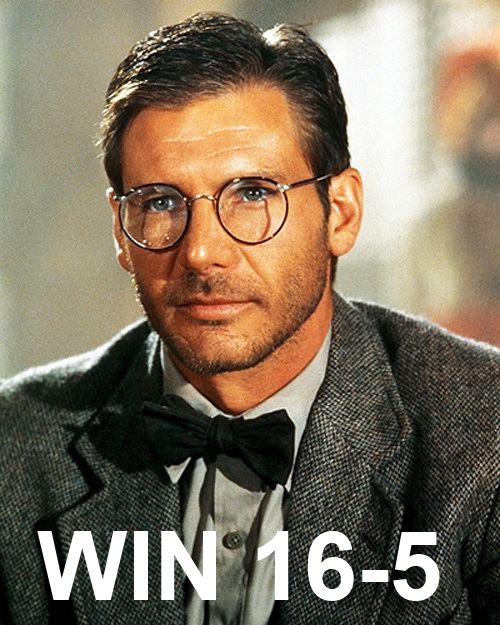 The Mets wasted no time in scoring runs, as Jordany Valdespin singled and Daniel Murphy and David Wright hit back-to-back doubles to bring home the team's first of many runs on the evening. Ike Davis walked, John Buck grounded into a run-scoring fielder's choice as the ball went through Trevor Plouffe's legs for an error, and one Lucas Duda strikeout later, Marlon Byrd single to score two. The Mets had scored five runs in just one inning.

Jon Niese struggled with command and was incredibly inefficient in his five-inning start — his first start in twenty-three that lasted fewer than six innings — and gave up two runs in the bottom of the first. He walked Aaron Hicks, the first batter he faced, who was one of the two runners who would come around the score in the frame.

In the top of the second, Valdespin led off once again and singled like he did in the first inning. Worley allowed singles to Murphy and Wright, the latter of which scored Valdespin, and walked Davis. That was it for Vance for the night.

Pedro Hernandez took over for the Twins, and the first batter he faced was the red-hot John Buck, who unbelievably hit a grand slam to score the Mets' seventh, eighth, ninth, and tenth runs on the night. We're not proponents of RBI here at Amazin' Avenue, but that gave Buck nineteen in the Mets' first ten games. That put him in some elite historical baseball company:

Both teams went silent at the plate for a bit, but the Twins threatened in the bottom of the third. With runners of first and second and just one out, Plouffe hit a ground ball up the middle on which Daniel Murphy and Ruben Tejada turned a beautiful double play to end the inning.

Minnesota successfully rallied in the bottom of the fifth, though, as Niese continued to struggle. A Tejada error — his fifth of the young season — allowed Aaron Hicks to reach base, and Niese walked Joe Mauer. Niese retired Josh Willingham but proceeded to yield a Justin Morneau single, which scored a run. Ryan Doumit singled, too, scoring Mauer easily and Morneau with the assistance of a poor call by the home plate umpire. But Niese worked his way through the inning, finishing with 101 pitches, just one strikeout, and four walks. Let's hope Niese looks more like his usual self next time out.

The Mets didn't answer in the sixth, but Scott Atchison threw the first of two scoreless innings in the bottom of that frame. And the Mets piled on four more runs in the seventh, as Daniel Murphy cleared the loaded bases with a double and came around to score himself on the ensuing David Wright triple. The Mets were now up 14-5.

Greg Burke threw a scoreless eight inning, the Mets tacked on another pair of runs in the top of the ninth, and Aaron Laffey set the Twins down in order in the ninth to officially give the Mets the win.

Tomorrow at 4:10 pm EDT, Matt Harvey takes the hill for his third start of the season. Twins youngster Scott Diamond will get the start opposing him. 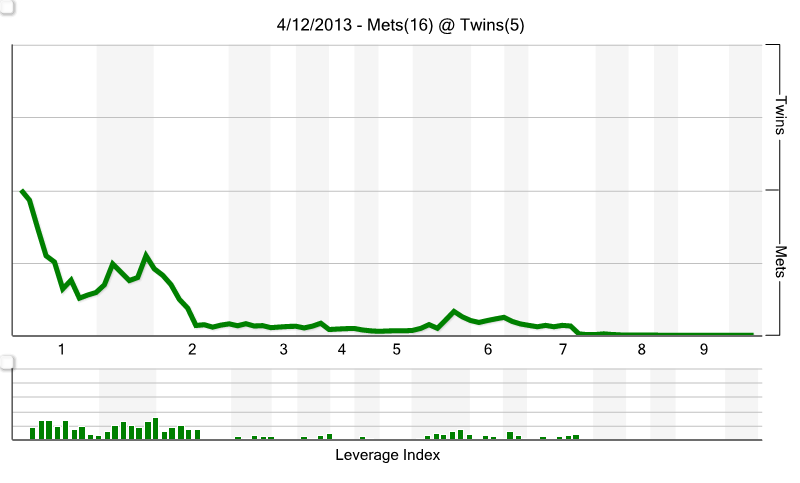