A look at how the Mets minor league affiliates did on April 15, 2013

This game certainly won't go down in the history books as one of the better ones in Mets Minor League history. The 51's committed 6 errors to go along with the 18 hits and 7 walks Colorado Springs would rack up, so the 19 runs may actually have been a bit flattering. There were some real positives at the plate though, most notably the 3 walks from Travis d'Arnaud and a 3-hit night from Wilmer Flores.

It was a rough night overall for the B-Mets, as they managed just 4 hits and struggled on the mound in a 7-4 loss to the Sea Dogs. That includes starter Luis Mateo, who made his anti-climactic Double-A debut in this one. The 23-year-old was shaky all evening, balking on two separate occasions. Even worse, Mateo left the game after three with an apparent arm injury:

Lopez said Mateo's issue was in his right forearm/elbow. Mateo got checked out by the team doctor, but he may also get an MRI to be safe.

A little bit more detail on Luis Mateo: threw three pitches in the top of the fourth inning, all fastballs in the low 80s. This after...

...running the FB up to 95 in the inning prior. Looked to be in pain, catcher walked out after third pitch, then he left the game.

Sounds bad; more to come on that soon, I'm sure. The highlight of the night for Mets fans was probably Juan Centeno breaking up the Portland no-hitter with 2 outs in the 7th inning, hitting a 2-run double that kept the game surprisingly close. Unfortunately, Chase Huchingson let the game get away in the 9th though, allowing 3 more runs to assure the Mets would drop to 6-5. Centeno provided another highlight in getting tossed after Huchingson was called for a balk in that inning, the third called against the B-Mets on the evening.

The Mets system looked better at the lower levels than it did up top yesterday, and that was due in large part to Domingo Tapia. The righty managed 8 strikeouts while only walking 1, keeping the Mets in the game until they'd explode for 6 runs in the 6th inning. Pedro Feliciano threw an inning in this game as well, and the St. Lucie radar gun had his fastball sitting at 86-87 for most of the outing.

The Gnats made it a 2-2 night for the system jumping on Greensboro early. By the time they turned the ball back over to Logan Taylor in the 4th, they had already built up a 6 run lead. Taylor gave 3 back right away, but 2 more Savannah runs in the 5th pretty much put the game to bed. 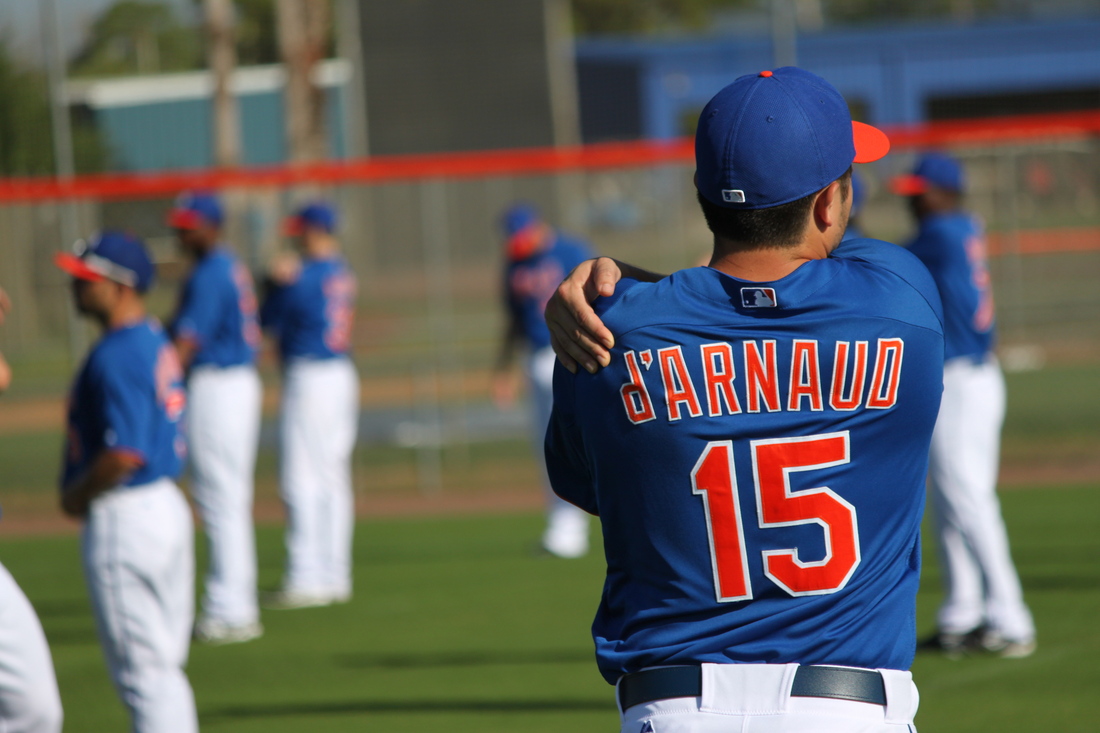 There are a few players probably more deserving of the star of the night last evening, but for my money it has to be Travis d'Arnaud. The homerun was nice, but his 3 walks bring him up to 12 in just 43 plate appearances this season. Considering that his walk rate was the one major concern I had about him at the time of the TRAID, this is just wonderful to see.

I'll pass the goat of the night to the 5 Las Vegas players who committed 6 errors in their 19-5 loss to Portland. The pitching staff didn't look all that great to begin with, and our defense essentially made them work 2 extra inning on top of it. Well done guys*.

*Ironically, Travis d'Arnaud committed 1 of those errors. Star and goat in the same night? Sounds like he's ready for the Mets.