The Mets finished an ugly series vs. the Rockies with a bullpen-aided loss.

There will be some point this coming winter, and some point every winter, when you, baseball fan, will wish for any kind of stick-and-ball contest to break up the monotony of winter and 4:00 p.m. sunsets and college basketball games in which neither team can move the ball past the perimeter and NBA games in which neither team will stop the ball at the perimeter and the rumor lull hits when free agents are signed and spring training is still six weeks away. And in that moment, you will take anything close to major league baseball to keep your skull from unfusing: Caribbean Winter League games on MLB Network. Cricket games airing on that one channel in the teens you've never tuned to before. SNY replays of the 2009 Mets. These will all seem like good ways to spend three hours. 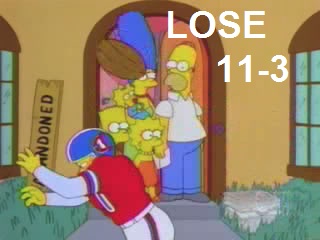 So there will be some moment in your future when this frozen, three-game Mets-Rockies series will seem like an appealing option. And that's probably not a totally crazy thought – I followed all but the end of Thursday's game on the radio, and there's some point in late January when I'd happily listen to Howie Rose and Josh Lewin describe the dusty parts of my living room, nonetheless actual Mets baseball.

But it might be a somewhat crazy thought. The Mets, the Rockies, Coors Field, and a week-long snow storm combine for slipshod baseball. Thursday seemed as though it might break the trend, but the Mets bullpen ensured both that no game would remain unsullied and that the Mets would lose, 11-3. This series was not pleasing to anyone but insomniacs, who maybe found relief during the nightcap of Tuesday's doubleheader.

Thursday's afternoon game at least resembled competitive major league baseball for almost seven innings. Jon Niese figured out pitching at elevation enough to hold the Rockies to three runs over six innings. The Rockies' Jon Garland held the Mets to two runs, both driven in by David Wright, over seven innings. Ruben Tejada made a leaping throw from the outfield grass to end the third inning; the yips work in mysterious ways. The game had a steady pace with both pitchers throwing the baseball back to the plate in a reasonable amount of time. Baseball was good. Baseball on the radio at work is good.

Then the bullpen came in and all that came to a halt. Josh Edgin, the Mets' hefty lefty, retired two of the first three Rockies he faced. Then Edgin, Scott Atchison, and Jeurys Familia combined to retire one of the next eight Rockies hitters, and the Mets then trailed by seven. An Ike Davis single – yes Virginia, there are such things in April – gave the Mets one back in the away eighth, but an ill-timed Jeremy Hefner “I believe you can homer and so will you” inspirational seminar put two well-stuck balls in the stands for Colorado. The Rockies won 11-3, scoring eight times against the Mets bullpen in two innings.

But hey, baseball is baseball, and an afternoon with Howie and Josh, or with Gary and Keith and Keith's grandkids is still probably better than no baseball at all. The Nationals come to New York for the weekend, and it's appointment baseball Friday night with Matt Harvey against Stephen Strasburg. Baseball games are better when the pitchers dominate. Friday will be good. Getting out of the cold and Colorado will do the Mets and us good, too. 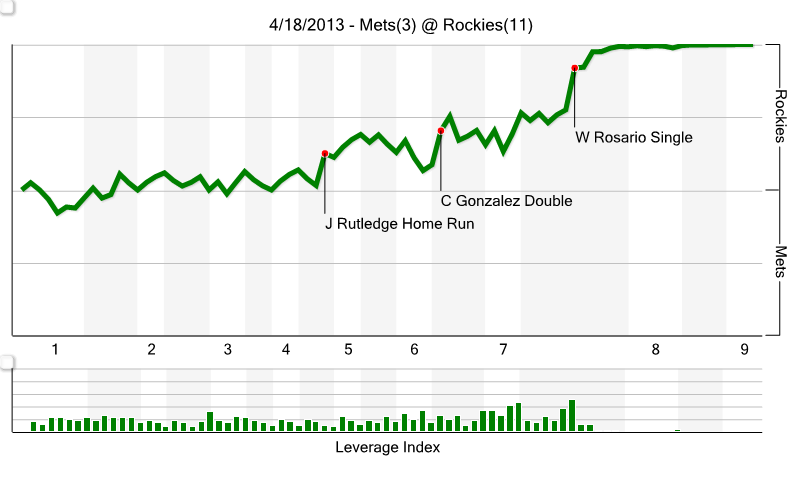