Would extending Dillon Gee make sense for the Mets?

Extending Matt Harvey may well be the Mets' first priority, but should they consider doing the same with Dillon Gee?

Share All sharing options for: Would extending Dillon Gee make sense for the Mets?

Matt Harvey has been the toast of town. And rightfully so. The 24-year-old has hurled a 1.54 ERA, 2.39 FIP, and 3.9 K/BB through 35 innings, and has also been victorious in all four of his decisions. Harvey's dominant performance to date has prompted just about every Mets fan to wonder when the organization will extend the budding ace.

However, according to Brian Costa of the Wall Street Journal — and much to the chagrin of Mets fans — the Mets haven't broached the subject yet.

While there is no doubt the Mets should quickly extend Harvey before he starts booking Light 'N Lively Yogurt ads, the team should also consider locking up his more modestly performing rotation-mate, Dillon Gee. 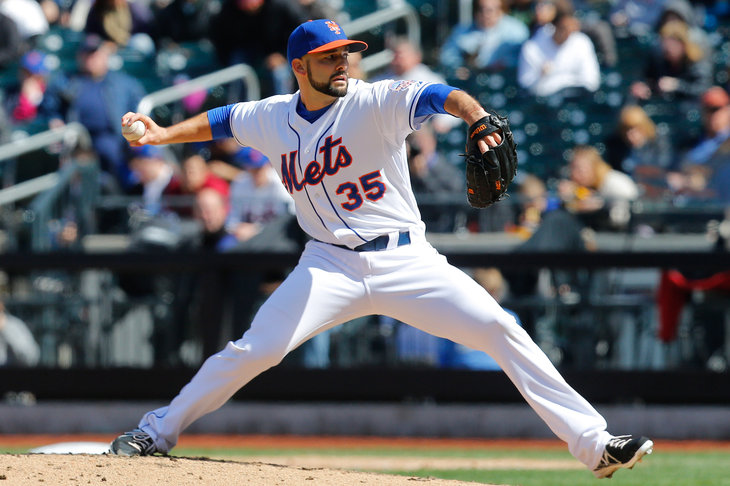 Yet, if the Mets have even the slightest faith in Gee's future success, there might not be a better opportunity to extend him than now.

He even averaged 6.45 innings per start, which limited the usage of Manny Acosta, Miguel Batista, and other members of the Mets' abhorrent bullpen.

Even though Gee's career statistics don't suggest he'll ever develop into a top-tier pitcher, the Mets' front office must still recognize the value in signing a number-four or -five starter to a team-friendly deal.

Jason Vargas is proof of this.

Despite owning a slightly inferior 87 ERA+ and 1.83 K/BB in his pre-arbitration years, Vargas was able to turn a career-best 104 ERA+ in 2010 into a respectable $2.45 million first-year arbitration salary. While Vargas has only averaged a 93 ERA+ from 2011 to 2012, the southpaw still commanded $4.85 million and $8.5 million in his second and final arbitration seasons, respectively.

Given Gee's labrum injury in 2009 (in the minor leagues) and unfortunate blood clot that cut his 2012 campaign short, the right-hander would likely accept a team-friendly extension if offered. Considering Vargas, who appears to be a reasonable pre-arbitration comparison, was able to garner $15.8 million through arbitration, it might behoove the Mets to offer Gee an extension in the ballpark of four years, $8 million.

Such a contract would appeal to both parties. For the Mets, they'd hope to be securing a productive pitcher through his three arbitration and first free agent years. And for Gee, he'd gain the type of financial security he might not have thought was possible as an unranked minor leaguer four years ago.