Jon Niese made another very poor start as the Mets were beaten by a wide margin.

For the second straight game, the Mets were beaten, badly, by the Pirates at Citi Field. Between the hitters’ inability to produce much of anything against Francisco Liriano and Jon Niese’s brutal start, the Mets were out of the game very quickly. 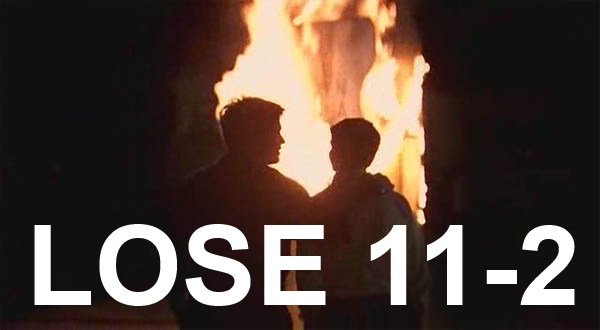 Niese hasn’t looked right all year, but he had his worst start yet this afternoon. In four-and-one-third innings, he walked three, struck out only one, and gave up eight runs on eight hits, including a pair of home runs.

In the second, Niese loaded the bases with one out but allowed just one run to score before Francisco Liriano grounded into an inning-ending double play. The bottom of the Pirates’ order bailed Niese out, but he wouldn’t be nearly as fortunate in the third.

A one-out single by Andrew McCutchen gave the Pirates a two-nothing lead. A two-out home run by Jose Tabata plated the Pirates’ third and fourth runs. Given the way the Mets have been struggling to score over the past couple of weeks, even a four-run deficit seemed insurmountable. And then came the top of the fifth.

Jordy Mercer hit a one-out home run. Niese proceeded to walk the next two batters he faced before yielding a double to Tabata to score a run. The Pirates had scored six times, and Terry Collins called upon Scott Atchison, who was supposed to have the day off after pitching two innings last night. Atchison got a ground out, but Mike McKenry singled with two outs to score both of Atchison’s inherited runners. McKenry moved to second on Andrew Brown’s throw to home plate and came around to score Pittsburgh’s ninth run on a Clint Barmes single.

The Mets finally scored a run in the bottom of the sixth when David Wright crossed the plate on a Marlon Byrd infield single. But it didn’t really matter by then. LaTroy Hawkins, who had thrown a scoreless sixth inning, gave up a run in the seventh. Robert Carson gave up a solo home run to Jordy Mercer in the eighth.

Severe thunderstorms came rolling through New York City in the middle of the ninth inning, putting the game into a rain delay for a bit. Andrew Brown hit a solo home run after played resumed, but the Mets went down in order to finally end the game.

Mets hitters struck out sixteen times in the game. Jon Niese is making it look like he’s hurt and has walked more batters than he’s struck out on the season. It wasn’t a good day in Queens.

Tomorrow, however, Matt Harvey takes the hill at 1:10 pm as the Mets try to split the four-game series with Pittsburgh. Jeanmar Gomez is scheduled to start for the Pirates. 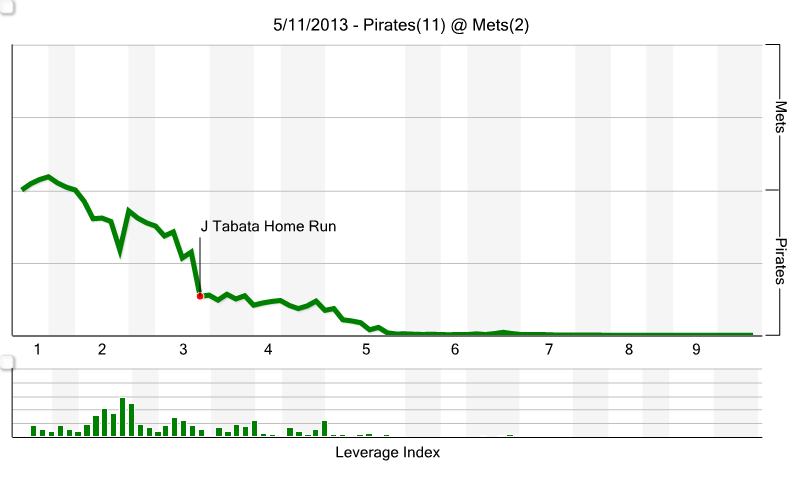