When Collin McHugh takes the mound for the 51s, that generally results in well-pitched games. Yesterday was no exception, as the 25-year-old threw seven innings of one-run ball, scattering a few hits and two walks, while striking out five. His one blemish was a Nick Buss solo home run in the top of the 6th inning. The 51s got on the board first in the 2nd inning, when Juan Centeno singled in Omar Quintanilla. Their big break came in the bottom of the 4th, when Wilmer Flores doubled, Eric Campbell got hit by a pitch and Omar Quintanilla walked. Jamie Hoffmann grounded out, forcing in a run, and Juan Centeno reached on a fielding error that scored two runs. Sean Henn, McHugh's replacement, pitched a clean 8th inning, but ran into trouble in the 9th, and almost blew the lead. After walking a batter, he allowed a double to Alfredo Amezaga , which scored said walked batter. He then allowed a Tony Gwynn single that scored Amezaga. He reared back and struck out the next two batters, ending the game and ending the Isotopes' threat.

The first three innings for both teams were uneventful as Mark Cohoon and Senators starter Taylor Jordan traded zeroes. Harrisburg got their break in the 5th inning, scoring three runs off of Cohoon- shortstop Rick Hague led off the inning with a triple and was knocked in, and Nationals top prospect Anthony Rendon cranked a two-run homer to left-center off of Cohoon's replacement, John Church. In the bottom of the inning Binghamton began to claw back, when Richard Lucas led off the inning with a double and was driven in on a groundout and a sac fly. The B-Mets were unable to get anything going offensively past that run, and lost game one of the doubleheader as a result.

The second game of the double header made up the postponed game from Saturday the 11th. Unlike the first game, Binghamton scored runs in bundles, jumping out to a 6-0 lead in the 1st inning, knocking Harrisburg starter Nate Karns out of the game after recording only a single out. With two runs already in due to a bunch of walks and errors issued by the Senators, Cesar Puello clubbed a single to center, scoring a pair, and starter Cory Mazzoni helped his cause by singling to right, scoring another pair. Mazzoni, who pitched 5.2 innings of one-run ball also went 2-3 at the plate. In the 2nd inning, the B-Mets scored another three runs. In the 6th, at 80 pitches, Mazzoni was lifted, and replaced by Josh Edgin, who predictably gave up a two-run home run against the right-handed batter. In the 7th, he allowed another run on two singles and a sac fly, but was able to shut the door

The Rome Braves split the four game series with the Sand Gnats, beating Savannah 4-1 and inching closer to first place. Matt Koch pitched well enough, allowing an earned run and an unearned run, but a high pitch count (90 pitches) limited him to only four innings. Braves pitching was better, allowing only one run the entire ballgame. That run came in the form of a Stefan Sabol solo homer in the bottom of the 3rd, the outfielder's second long ball of the season. Rome added on a pair of insurance runs in the 6th, scoring both off of Jake Kuebler. All in all, it was a sloppy day for Savannah, as they had only three hits, but made four errors. They will look to return to the fundies in Charleston and Augusta before returning to Savannah for a seven-game home stand next Monday. 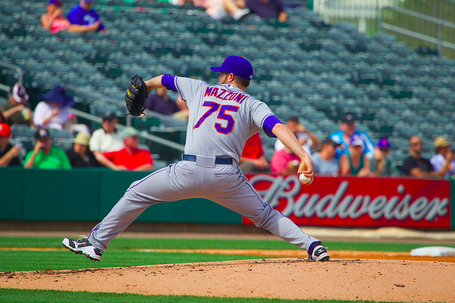 Cory Mazzoni pitched better than his final line shows, as a runner he allowed on base scored, hurting his line. But, even factoring that in, the 23-year-old only allowed one run in five plus innings, while scattering four hits, walking no one, and striking out five. He had it going at the plate as well, notching two base hits and driving in a pair of runs

Josh Edgin earns another Goat of the Night distinction. He gave up a home run to the first batter he faced (though it was a right-hander), not only hurting his own pitching line, but Cory Mazzoni's as well, and was shaky in his last inning of work, allowing two clean base hits and two walks before getting out of the inning.