After Carlos Torres authored his best start of the season (6 IP, 1 ER, 3 H, 1 BB, 3 K), Dylan Owen promptly allowed three straight baserunners -- not counting the out he was given on a sacrifice bunt -- and after a pitching change Justin Hampson couldn't pick him up. Hampson walked in the second run then allowed a double followed by a single to blow this one open.

Rafael Montero was a little shaky out of the gates, allowing a run in the first and then the third innings based on a pair of single-double combos. He righted the ship, however, and cruised along for three more scoreless frames, followed by sterling relief from Chase Huchingson and B-Mets closer Jeffrey Walters. Sprinkle in big days from Binghamton outfielders Cesar Puello and Cory Vaughn and that was more than enough for the club's 20th win.

Thanks to a late charge by the Manatees -- scoring four times off of Mets reliever Chasen Bradford in the 7th -- St. Lucie gave this one away, despite strong work from their power bats. Dustin Lawley and Travis Taijeron both hit longballs off of Brewers 2011 first rounder Jed Bradley. Meanwhile, third baseman Aderlin Rodriguez continues to heat up, contributing a pair of hits and an RBI.

Despite jumping ahead early in this one, Gnats starter Luis Cessa allowed the RiverDogs back into the game by surrendering a pair of home runs. Savannah reliever Julian Hilario continued the trend, allowing a bomb of his own, and the quiet Gnats offense -- saddled with an 0-for-9 day from offensive standouts Jayce Boyd and Kevin Plawecki -- couldn't compensate. 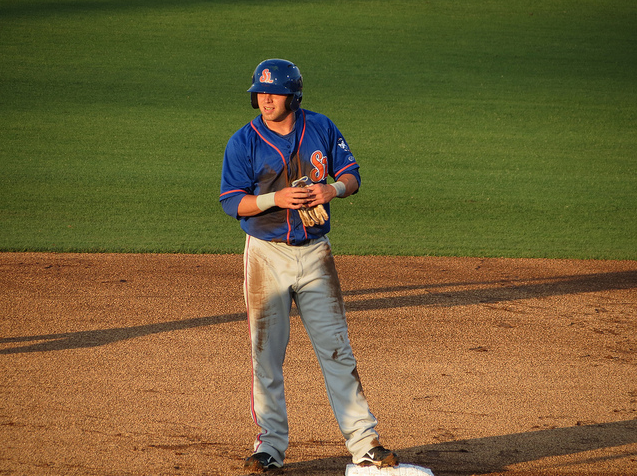 He may not be the biggest name, but let's go with Dustin Lawley off a big night for St. Lucie. The 23-year-old is batting just .244 with a healthy amount of strikeouts thus far in 2013; however, his eight home runs are good enough for second-best in the Florida State League (behind only Miguel Sano).

Dylan Owen seems an obvious choice for this one, but let's go with bullpen-mate Justin Hampson for coming up small when he could have stemmed the tide.