Niese has been plagued by ineffectiveness all season long. Could his release point be the problem?

Struggling this entire season with command and overall just pitching pretty poorly, Jonathon Niese has managed to compile a measly -0.3 fWAR over his first eight starts. His current strikeout-to-walk ratio is not only the lowest in his career, but since being called up for three starts in 2008, Niese has seen his it improve every season until this one. Sadly enough, not only has Niese not been able to continue the upward trend, but he's walked more opposing hitters than he's struck out this year.

It's only been 41 innings, but strikeout and walk rates are pretty reliable by even this early juncture of the season. So what's going on? What's ailing the Mets Opening Day starter? Over at ESPN New York, Adam Rubin wrote an article addressing exactly this question and has a few quotes from Mr. Niese himself on the matter. Niese says:

"Everything feels great, I think it’s to the point now where I created a bad habit with dropping down my arm angle, and I’m kind of opening everything up. It’s something I’m going to work on in the bullpen to get it back. I’m not really deceiving anybody right now. With my arm angle being down, I think they can pick up the ball a lot sooner. That’s why I think they’re not chasing some of the pitches that they normally chased. Hopefully I can get it back, and hopefully I can get back on track. Everything is flat right now. There’s not much depth on the pitches.

Niese's quote can be boiled down to the following: 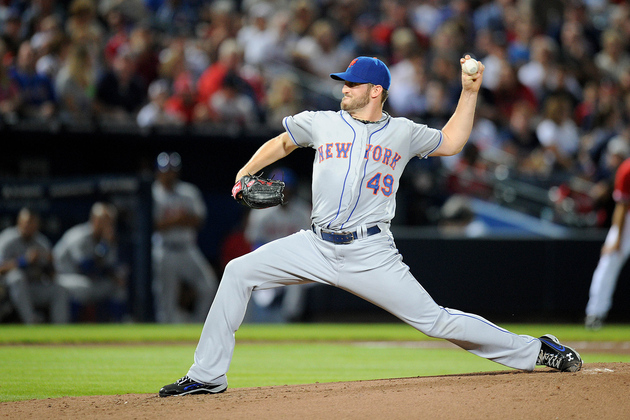 Niese is basically claiming to be befallen by a bad habit—a lower arm angle—he developed while trying to compensate and pitch through a balky back and neck. That means his release point would be lower and slightly further away from his body. Luckily with PITCHf/x data at Brooks Baseball, this type of claim is easy enough to validate. 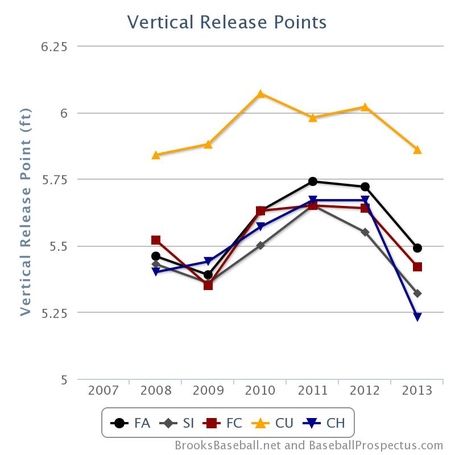 The data clearly corroborates Niese's claim of a lower arm angle. This season his release point is disconcertingly lower and correspondingly further away from his body. Niese's release point has dropped almost three inches vertically and therefore has moved about the same distance horizontally. Interestingly enough, despite the three inch drop in release point, Niese's pitches have maintained the same amount of vertical break which jibes with what Niese said about his pitches being flat and the hitters picking up his pitches much earlier.

Hopefully the buck stops here and Niese will be able to fix this problem in his upcoming bullpen session and will be ready to pick up where he left off last season in his next start against the Cardinals. We should all just look at the bright side, which is that Niese is fully aware of what's wrong with him and at the least it isn't some mystery issue. We should all just hope that in a month's time this story will be long forgotten and Niese will be pitching like the Niese of old with his new changeup, to boot.