*All results from games played on Wendesday, May 1st, 2013

Carlos Torres took the mound last night for Las Vegas. Opposing him was (former?) top prospect Randall Delgado. An older minor league veteran versus a highly touted youngster. On paper, you'd think it would've been slanted in Reno's favor, but in reality, the 51s got the upper hand on the young Delgado, while the wily veteran Torres was able to stymie the Aces offense. For the second consecutive night, Vegas scored double digit runs. In the 1st inning, Delgado loaded the bases on pair of singles and a walk. Catcher Ed Easley let a Delgado pitch get past him, and on a passed ball, the 51s scored their first run. Jamie Hoffmann walked and Jamie Hoffmann singled to drive in a pair to put the 51s up 3-0. They plated a run a piece in the 3rd and 4th, with the run in the 3rd coming off of a Andrew Brown solo home run. Las Vegas really broke the game open in the 7th inning, where they scored six runs, and gave themselves a 11-3 lead. In that inning, the 51s batted around: Jamie Hoffman doubles and singled, Eric Campbell homered, Juan Centeno doubled, Omar Quintanilla, Josh Satin, and Wilmer Flores all singled, and Kirk Nieuwenhuis reached on a fielding error. In the bottom of that inning, Reno threatened to rally back, scoring four runs of their own, all off of veteran Sean Henn. The 51s would make sure that they nipped that in the bud, and scored another three runs in the top of the 8th, on the power of two doubles and three singles. In the bottom of the 9th, the Aces scored another run off of Greg Burke, but he would otherwise put Reno to bed. Combined, the two teams scored eight runs in the first six innings, and a whopping fourteen in the final three.

Statistically, it was bound to happen. The joy ride couldn't have gone on forever. The honeymoon had to end. Rafael Montero was knocked around. Hard. To the tune of ten runs (seven earned) on ten hits. The young Dominican righty cruised through the first three innings, but the wheels fell off in the top of the 4th. The SeaWolves pounded out two singles, two doubles, and a triple, in addition to a Josh Rodriguez fielding error (though, in Rodriguez' defense, he was playing out of position, having been switched over to second base at the start of the inning, scoring five runs. In the 5th, Tyler Collins homered, adding another run to Montero's ledger. Two innings later in the 7th, Erie added another bunch of runs to their total, on three singles, a walk, and a balk (one earned run in that inning that was charged to Montero was result of a line-drive off of Adam Kolarek, his replacement). All in all, while Montero did pitch six plus innings and did provide some depth, he did not have a good night. The Binghamton offense was kept off balance by Victor Larez, who went seven strong innings, and Tyler Clark, who pitched the final two. They got on the board a few times, most notably on an Alonzo Harris two-run home run in the 7th, but were unable to do much against Erie's pitchers, and even if they had, it would have been difficult getting out of the hole Montero put the team in.

Taking up where they left off yesterday after the game was postponed because of inclement weather conditions, St. Lucie fell to the Tampa Yankees 7-3, snapping their modest four game winning streak. Domingo Tapia, who started the game last night, and allowed a run in the first inning, was tabbed with the loss, despite never even appearing in the game today. After another delay because of rain, the game finally began and Marcos Camarena replaced Tapia as the starter. He did not fare well- after allowing a walk, four singles plated two runs and left the bases juiced, and he was done for the day. Estarlin Morel replaced him and allowed one more runner to score (charged to Camarena) before getting out of the inning. Morel did not pitch too poorly, allowing only one hit and two walks in his two plus innings of work, but that one hit was a Mason Williams two-run home run. Wanel Mesa replaced Morel in the bottom of the 5th and was really the only St. Lucie pitcher to be worth his salt, throwing four innings and allowing only a single run while doing so. On the offensive side of the ledger, St. Lucie batters never were really able to get much going against Tampa pitching. In the 4th, three consecutive singles plated a run, but a Charles Thurber double play ended that rally. In the 6th, they scratched out a run on a ground out, but the rally came to an abrupt halt when Cam Maron struck out with two outs and two on. In the 9th, a runner scored on some sloppy Tampa defense, but Yankee pitcher Fred Lewis otherwise held things down and ended the game.

Like yesterday, rain postponed the scheduled game. St. Lucie and Tampa played Tuesday's game Wednesday. Because the four game set between the Mets and Yankees organizations has been completed, the game scheduled for yesterday will be made up on a future date.

Another day, another win for one of the Mets' most successful minor league affiliate. Behind a very strong performance by Matthew Bowman, the Sand Gnats toppled the 10-15 Intimidators. Both teams scored two runs in the 1st inning- Kannapolis on a single, double, and pair of ground outs, and Savannah on a walk, two ground outs, a double, two more walks, and a fielding error. The Intimidators would score one more time, in the 3rd inning, and for the rest of the game, they would be held in check. Savannah, on the other hand, scored two runs in those middle innings, mostly owed to Kannapolis defensive lapses or walks, and another in the 7th, this time more on the merits of Sand Gnats bats. Bret Mitchell replaced Bowman in the top of the 9th and pitched a crisp, clean inning to notch the save, and the win. 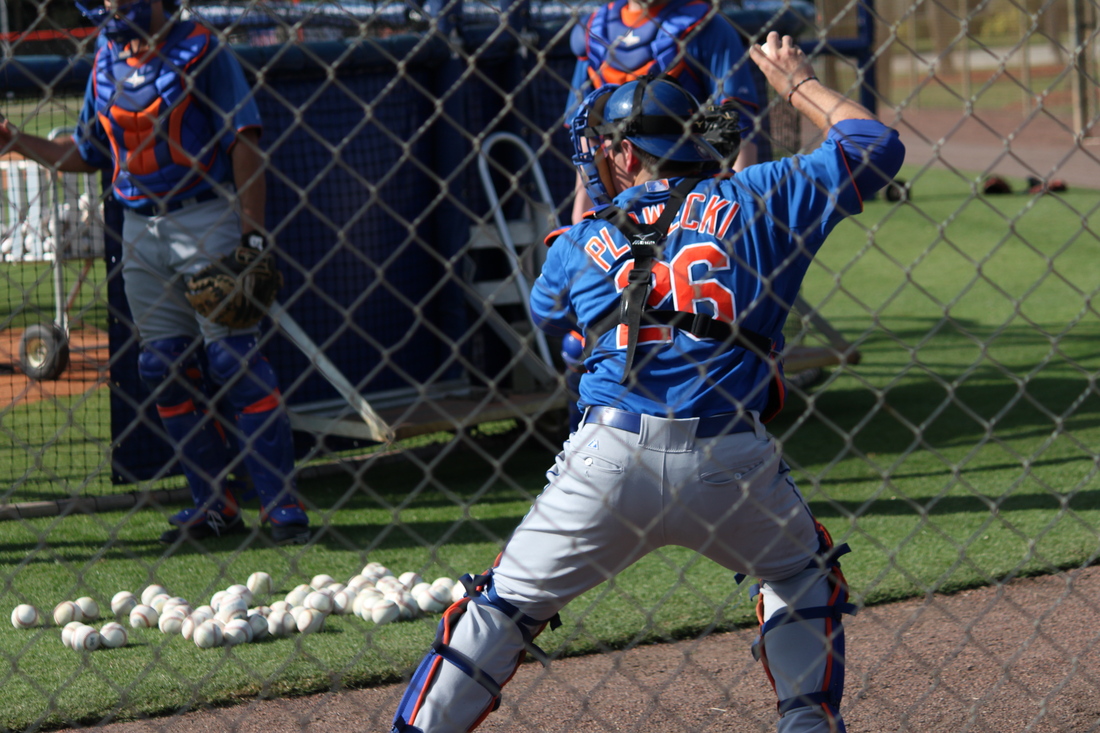 It was tough, I will admit, picking the Star of the Night. There were a few good candidates. Because most of the candidates just happened to be catchers, Mets catchers get to wear the star of honor for their exploits: combined, they went 11-18 with 7 doubles, 5 runs scored, 4 RBI, a walk, and two strikeouts. Congratulations, Kevin Plawecki, Juan Centeno, Francisco Pena, and Cam Maron.

For the first, and hopefully last time this season, Rafael Montero is our Goat of the Night. He pitched through a bad outing, going 6.2 innings and striking out 5, so I'll give him credit for that. But, ten runs (seven of them earned), ten hits and a balk are just bad, no matter how you slice it. Montero has been so good, I expect him to right the ship next time he's out there on the mound.