SALT LAKE 9, LAS VEGAS 13 (Box)
It was one of those PCL kind of games. Four home runs were hit, including a shot by Omar Quintanilla. It was also one of those Wallyball kind of games, as Backman had Wilmer Flores bunt with a man on first and second with no outs in the 6th inning. But, whatever works, right? The 51s beat the Bees thirteen to nine, and that's really all there is to say.

AA - Binghamton Mets (28-22)_____________________________________
PORTLAND 0, BINGHAMTON 5 (Box)
Rafael Montero took the hill for the B-Mets, and generally speaking, when he does, good things happen. Last night was no different, as Montero fired off six scoreless innings, en route to his fifth win of the season. Montero ran into some trouble in the first, with runners on second and third with no outs, but the young Dominican bulldogged through that threat, retired the next nine batters in a row, and scattered only three more hits, all singles. Opposing him was Charlie Haeger, a name that should be familiar to all you knuckleheads out there. Haeger wasn't exactly terrible, but over his seven innings, the flutterballer did allow eight hits and four earned runs- including home runs by Allan Dykstra and Darrell Ceciliani- and most damning for his long-term success, walked two and uncorked three wild pitches and hit one batter (who else but Cesar Puello?).

Hi-A - St. Lucie Mets (28-20)________________________________________
BRADENTON 2, ST. LUCIE 8 (Box)
St. Lucie had everything clicking yesterday- the offense scored eight runs on twelve hits (including a few ones of the extra base variety, unlike Saturday), and starter Matt Bowman had a strong outing, his fourth in a row, limiting the Bradenton Marauders to two runs over seven innings. The Marauders actually got on the board first, scoring two in the 3rd inning, but were silenced for the rest of the game after that point. St. Lucie, on the other hand, also scored in that 3rd inning, and would not be stopped from that point on, scoring at least one more run in every inning until the ballgame was over. With the victory, St. Lucie won the series.

Lo-A - Savannah Sand Gnats (28-20)__________________________________
AUGUSTA 1, SAVANNAH 1 / 12 (Box)
Luis Cessa turned in one of his best starts of the season, going six plus innings and allowing only one run, but was slated to be the losing pitcher, as the Savannah offense put up zero after zero against GreenJackets pitcher Justin Schumer (who wasn’t really even that good). Finally, in the bottom of the 8th, the Sand Gnats broke through and put a run on the board- with men on first and second, Kevin Plawecki laced a line drive to center that scored the once-speedy Yucary De La Cruz. Neither team scored in the 9th, and the game went into extra innings. And on and on it went. Finally, in the 12th inning, Augusta chained together four singles that scored two men. Savannah could not come up win a response in the bottom of the inning outside of a Jayce Boyd single, and lost their 20th game of the season. 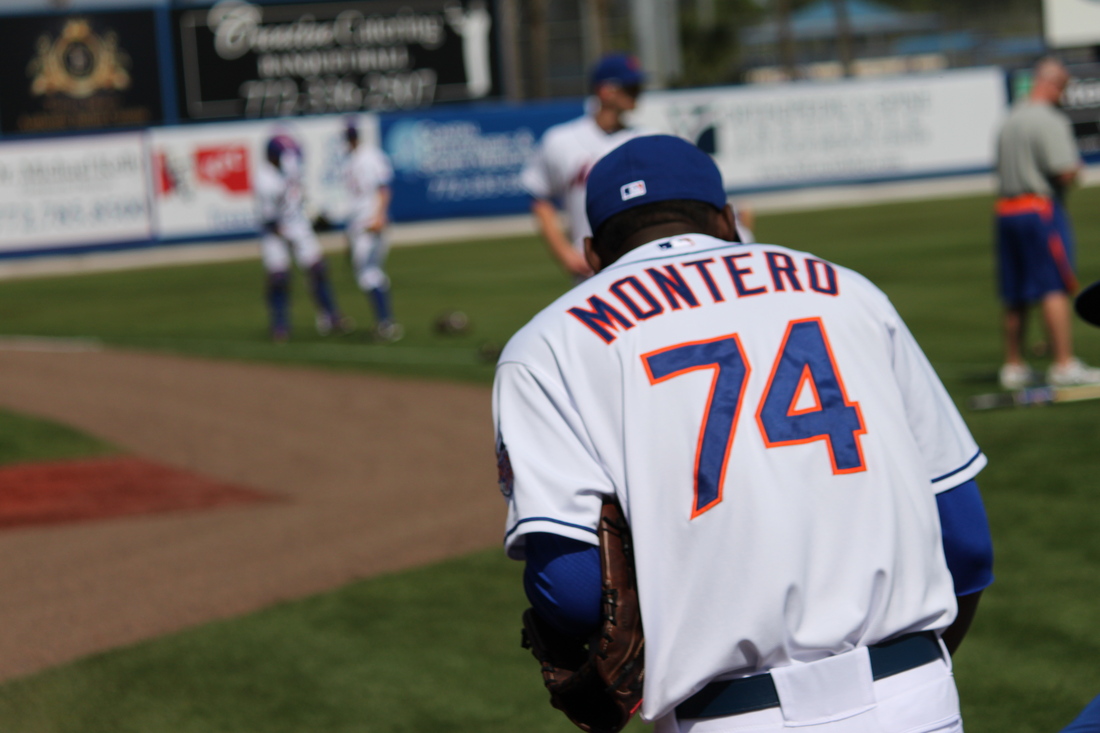 With a 4-4 night, and a home run, it's hard not to give Omar Quintanilla the honors. But, when Rafael Montero is on the mound, he's usually amazing, and yesterday evening was no exception.

A little unorthodox of a choice, but Wally Backman gets the Goat of the Night honors. I don't care what you say, but bunting with Flores with no outs, to move runners over in a slugfest of a game? Ain't nobody got time for that.

(Editorial Note: I apologize for not including the weekly stat check-in. Posting this from a computer that was not my own was difficult enough to begin with!)