The speedy, snugly-uniformed slugger was a bright star in a dark sky, and enjoyed an improbable second act.

Share All sharing options for: Top 50 Mets of All Time: #33 Lee Mazzilli

Mazzilli was all we had in the late 70s.

Thank you God for sending such a handsome gift to us ladies and making baseball more exciting than it already is.

Lee Mazzilli might have been dreamed up by the Mets’ publicity department. Here was a long-locked Italian Stallion from Coney Island, a national speed-skating champion whose father was a welterweight prize fighter. He was boyishly handsome and had come along when the team badly needed a fresh look. Plus, he could hit a little. 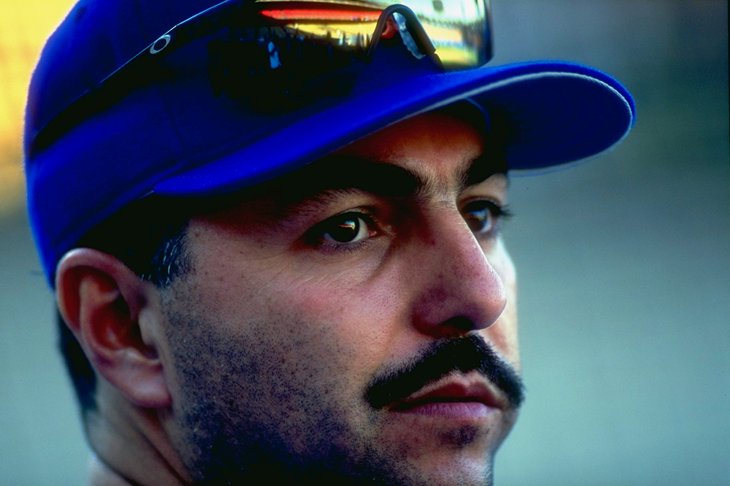 Drafted with the Mets’ first pick in 1973, "Maz" caught everyone’s attention by stealing seven bases in a single game during his second minor league season. He made his highly anticipated Shea Stadium debut in 1976, with a Mets team that was still only a few years removed from the World Series. By the middle of the following season, Tom Seaver and Dave Kingman had been traded, Felix Millan had suffered a major injury, and Mazzilli found himself on a last place team. In the hearts of the Flushing faithful, the switch-hitting youngster was the Mets team.

As Fred Wilpon might put it, 'Mazzilli was a good kid, a handsome kid, a good player, but not a superstar.' He was usually more interesting than he was terrific. For instance, Maz was naturally ambidextrous and, until his pro days, would throw with either arm. Quite a trick except that, as Chairman M. Donald Grant put it, "He didn’t throw well enough with either to be a major leaguer."

He was usually more interesting than he was terrific.

Maz was never a good center fielder, though he suffered more from limited range than from his wet noodle. According to Total Zone, he cost the Mets 32 runs over his first six seasons with the glove. The Mets tried him out in left field and at first base, perhaps to give him new looks, but probably to provide new angles for female ticket holders.

In his first couple of seasons, Mazzilli often looked overmatched at the plate. As a 21-year-old rookie, he hit just .195 in 24 games (he improved to .250 by 1977). But Maz rose to expectations in time and eventually established himself as a consistent, quality hitter, usually occupying the leadoff spot.

He showed all the patience of a slender Buddha. 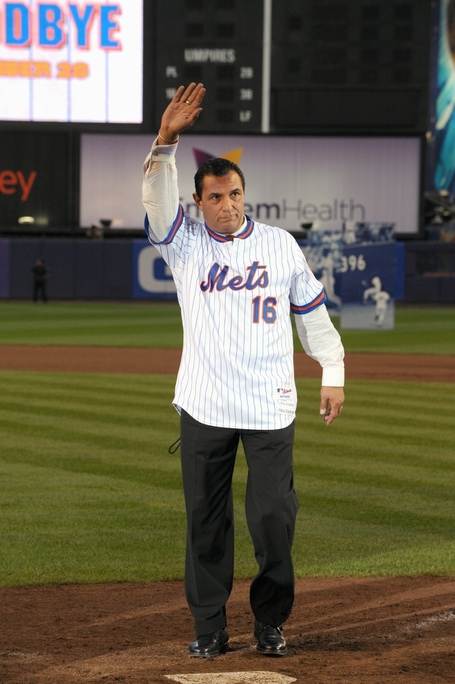 In 1981, following a disappointing first half, Mazzilli was traded to the Texas Rangers for Ron Darling and Walt Terrell. He may have been injured. "Lee is a gamer," manager Joe Torre said. "He'll play hurt, but sometimes he'll also play stupid." Torre went on—perhaps hinting at some of the darker rumors of tantrums and drug use that had followed Mazzilli—"I don't think his talents were overtouted. He was a goodlooking kid from Brooklyn who hit the ball hard and could run like a deer. And he got caught up in the hype. He had the ability to become a very good ballplayer. Instead, he became a superstar before his time."

Whatever the case, the Met's acquisition of George Foster left the team with five outfielders; someone had to be cashed in for starting pitching. It was the pride of the late 70s Mets, and Maz was crushed.

You can go home again. After four-plus years in the wilds of (briefly) Texas, (briefly) the Bronx, and Pittsburgh, the former matinee idol returned in 1986 as a smolderingly grizzled role player, having been released by the Pirates in July. Just 31 years old and still an above-average bat, Maz was willing to fill any need on a team that was surging. "I never wanted to leave the Mets," he said. "Shea Stadium was my home."

In 39 games spread across every outfield spot and first base, Maz posted a .417 on-base percentage with seven home runs. In the World Series, he notched a pair of crucial pinch hits in five attempts, both during elimination games. In Game 6, the Mets were trailing 3-2 in the eighth inning when Maz’s single sparked a rally and he came around to score the tying run. Two days later, he again initiated a rally with his team down 3-0 in the sixth. A refugee from the bad old days, Maz joined a luckier generation of electric young stars in the Series-concluding dogpile.

Mazzilli started just 15 games in 1987 but appeared in 88, mainly as a utility player and pinch hitter, and hitting .306/.399/.460. During the 1987 opener, he hit a game-winning, two-run double in the bottom of the 10th, but the season failed to follow script, and the World Champions missed the playoffs. The following year, Maz slumped badly, posting an incredible 17 OPS+ in 132 plate appearances. As a pinch hitter he went 7-for-30. As a starter he hit .103. In the 1988 Championship Series against the Dodgers, Maz partly redeemed himself with a timely hit in Game 4 and an opportune hit by pitch in Game 7 (the Mets lost both games).

After a mediocre start to the 1989 season, Maz was picked up on waivers by Toronto where he finished the season respectably—and then retired—in a way. Maz starred in Tony 'n' Tina's Wedding on Broadway, which seemed to confirm suspicions that he had his eye on another Italian-American-themed musical hit when crafting his 1970s image. He went on to host a television sports show on WNYW before becoming a coach for Yankees manager and his former skipper, Joe Torre. Maz even spent a year-plus at the helm of the Baltimore Orioles.

"The fame... I couldn't understand it," Mazzilli once said. "I felt like everything I did had to be right, because when there's all the publicity, and when you are so recognizable, that's all people know you as."

Take it from a poster boy, it ain't easy. But George Foster never got a fan testimonial like this:

I remember when I was 16, I met him, and he was the nicest guy in the world. When he was traded, I cried. When he got married, I cried. And when he came back to New York I was the happiest person, again, in New York and the world. I also remember checking the box scores when he was on other teams to see what he did every day. He looks as good now as he did back when he was playing.