The 51s scored nine runs on 15 hits as they beat Salt Lake 9-7 on Monday afternoon. Zack Wheeler struggled over four innings, walking three and allowing a couple of homers. We're really just biding time until he's called up at this point. If we're to believe "sources" then Wheeler only has 1-2 starts left out there, although my money is on him getting the call for the Braves series June 17-20, when the Mets will need an extra starter. Offensively, Francisco Pena continued to mash with two home runs, bringing his Vegas triple slash to .348/.375/.652 .385/.407/.885.

The B-Mets walked off winners when Cory Vaughn coaxed a wild pitch out of Portland reliever Jeremy Kehrt in the bottom of the ninth, allowing Josh Rodriguez to plate the winning run. Jacob deGrom started for Binghamton and was excellent, going 6 IP, 8 H, 1 ER, 2 BB, 9 K. Cesar Puello struggled, going hitless while striking out three times in five plate appearances and also committing an error. He's still hitting .291/.367/.503, so we can forgive him for one poor showing.

Gabriel Ynoa needed just 90 pitches to go eight plus innings Monday as Savannah beat Greenville 4-1. Ynoa cruised through eight -- he struck out six and walked none while scattering six singles -- before being pulled after allowing a lead-off single in the ninth. Ynoa is now sporting a 50:9 strikeout to walk ratio through 53.2 innings. This was Ynoa's first start as a 20-year-old -- his birthday was on Saturday. Stefan Sabol and Eudy Pina provided the offense via the long ball. 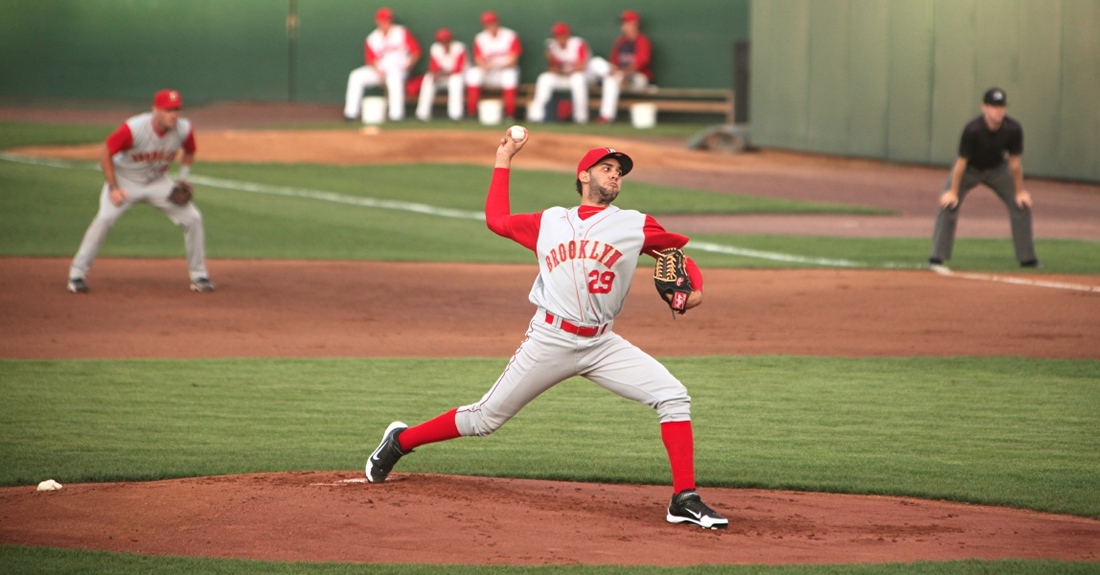 Ynoa's been on a roll of late, posting a 1.33 ERA over his last three starts. (Photo Credit: Matthew Lug)

Gabriel Ynoa gets the star for his dominant afternoon and for being at the top of my prospect man-crush list. The just-turned 20-year-old is currently posting a 3.19 ERA through nine starts for the Sand Gnats.

Honorable mention to Francisco Pena and his homer brace; that's four bombs and a .385 average through his first eight games for the 51s (are we actually onto something here?).

Cesar Puello gets the horns for his 0-5, three strikeout, one error performance; ah well, can't be great every night.