What the Mets should do with Daniel Murphy, Part 3

The final part in a series that gets to the heart of the timeless question, 'What about Murph?'

Share All sharing options for: What the Mets should do with Daniel Murphy, Part 3

That's right, it's time for part three in our two part series: the part where Ben Berkon graciously allows me to riff. Thus far in the series, Ben has reviewed a couple of options that the Mets have with their somewhat square-peg, round-hole second baseman, Daniel Murphy.

The first route was that of the fair market extension, a strong option as it would theoretically limit the club's financial culpability as Murphy delves deeper into the often over-priced arbitration-eligible years of his contract. The cascading effect of such financial certainty is that Murphy’s contract becomes that much more appealing as a commodity, either making it easier for the club to retain one of its key offensive cogs or making him a more valuable trade chip.

The second route hypothesizes further about the trade option. Ben suggests a pair of clubs—the Orioles and Rockies—might logically be interested in Murphy’s services. Additionally, he gauged the level of return that the Mets might be able to expect by looking at some comparable situations from the past.

Today, however, I’d like to review a third path that Sandy Alderson might consider when it comes to the topic of Murphy. Once again, this option involves trading him; however, I will point out that I don’t see the club making such a move lightly. Aside from the fact that Murphy seems to play a central role in the clubhouse, the Mets' lineup contains very little offensive certainty, notwithstanding the certainty that Ruben Tejada isn’t going to hit. As odd as it sounds, the streak-tacular Murphy might be the closest player the Mets have to a sure thing in their lineup aside from David Wright.

For that reason, I want to explore a trade option that nets the club a major league return, a player that immediately fills holes. And when looking at the landscape of this organization, where is there a bigger hole than in the outfield?

Now that market isn’t necessarily teeming with options; Alderson seemingly missed out on some of the most attractive ones this past winter. Many of those names would have cost a lot more than just Murphy, either in players or salary. For the purposes of this exercise, let's limit this to a Murphy-centric transaction. In doing so, there is one option that jumps out.

While the Diamondbacks may have recently traded an MVP-caliber player from their outfield, it is still an area of modest strength as well as depth:

Then there's Gerardo Parra, the player I'd like to expound on a little bit in this space. The lefty hitting outfielder was pegged for his same old, 3 1/2 outfielder duty in 2013 until Eaton's injury pushed him into starting center field duty on Opening Day. After four strong seasons as a pseudo-starter, Parra has acquitted himself nicely as the everyday center fielder for Arizona thus far. If I were Sandy Alderson, I'd still be hoping that D-Backs general manager Kevin Towers would talk about swapping him for Daniel Murphy at some point this year.

The reason for coveting Parra is that he's a dead ringer for Murphy in terms of current production and value. Just look at the tale of the tape:

It becomes clear pretty quickly when you look at the back of their baseball cards that Murphy and Parra bear more than just a passing resemblance. Both players are left-handed, hit for modest power, have solid plate discipline, and have similar contract situations.

Obviously things deviate a tad when considering defense, though. Parra has consistently posted strong fielding metrics in center field while Murphy attempts to make up for his lack of defensive prowess with more offensive upside. In any case, their total value propositions are pretty darn close. For each team it's more or less an exercise in maximizing resources.

From the Mets perspective, while Murphy is a definite asset he'd be a lot more valuable to the club if he could play the outfield. No players are perfectly fungible commodities, but Parra is about the closest thing the club could find to Murphy with an outfield glove. Obviously in such a deal the Mets are winning out in terms of player age, yet I'd expect that Murphy's slightly superior bat and Parra's moderate platoon split could bridge that gap. I also find it hard to believe that the Diamondbacks are overly attached to Parra considering that in his four years they've yet to give him 500 plate appearances in a season. 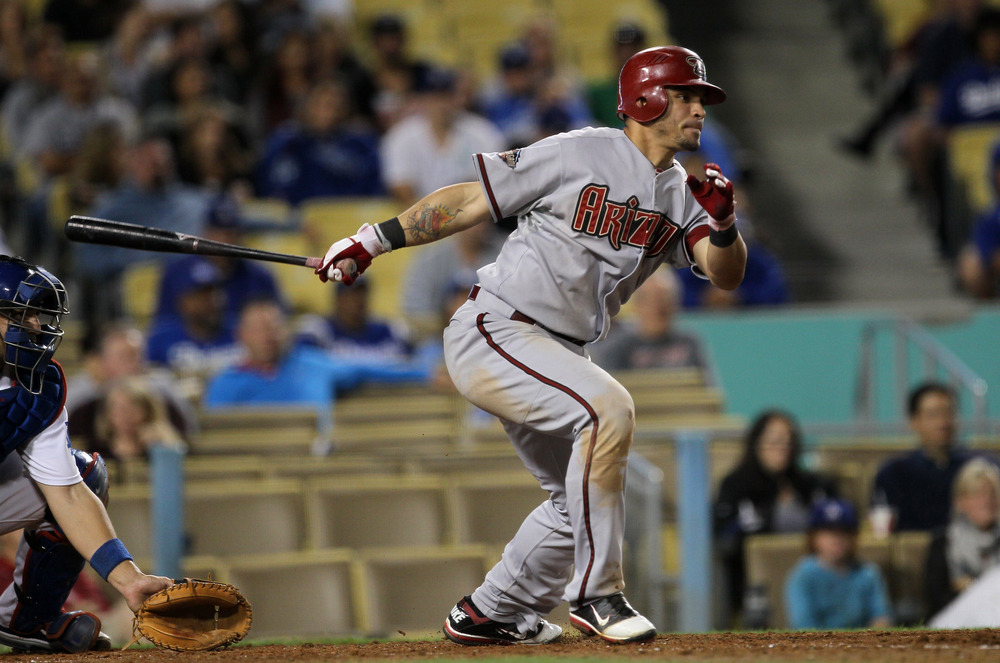 Aside from most notably filling the gaping hole in center field, such a move also frees up second base for the Mets. By this time next year the keystone could belong to Wilmer Flores and his greater offensive potential, while super utility man Jordany Valdespin could get more reps there in the short term.

For the trade to work, however, it needs to make sense for the Diamondbacks, too. And until Adam Eaton's return, Parra is obviously going to be a mainstay in their outfield. As such, the window of opportunity for such a deal might not open until later in 2013. At the point when Eaton is back on the field, the onus will then be on the D-Backs infield. Guys like Eric Chavez and Aaron Hill—a pair of 30-somethings who are both currently laid up—will have to come back strong, as they did in 2012. If they do not, Arizona may well be looking to add an offense-minded infielder around the trade deadline. Add the organization's penchant for players in the grissiony mold of manager Kirk Gibson and you can see why Murphy might make at least a little sense.

Is the proposal without flaw? Obviously not. Even if the two sides could find some middle ground, Parra likely isn't the panacea that will lead the Mets' outfield back to prominence anyway. But a 25-year-old center fielder with a decent bat under team control for the next two seasons certainly wouldn't hurt, especially as the Mets stare out at a very weak outfield market next winter.

What the Mets should do with Daniel Murphy