In the ninth round, the Mets selected a small but speedy outfielder in Michigan's Patrick Biondi. While he did win the batting crown in the Cape Cod League last summer, his bat still carries some significant question marks.

The Mets selected diminutive outfielder Patrick Biondi in the ninth round. Standing 5 feet, 9 inches, Biondi has nonetheless been impressive at Michigan and really impressed scouts on the Cape last summer, when he took home the batting title with a .388 average. 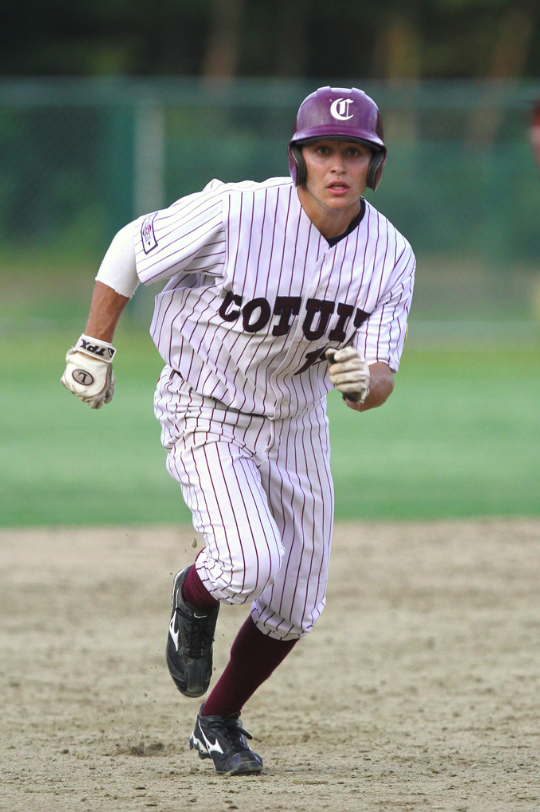 It’s a given that Biondi won’t hit for power. He doesn’t have the size, and his swing is clearly not going to produce much. While he gets great hip rotation, he often rotates early and there just isn’t enough of a hand load to drive the bat through the zone with authority. At Michigan, he hit just five homers and 52 extra-base hits in 822 at-bats. But that’s okay. Some guys just shouldn’t hit for power, and Biondi’s one of them. What worries me is his ability to hit for contact. There are a few moving parts to his swing--he winds up his torso as the ball approaches, sets his hands, and taps his front toe despite not taking a stride, and it might be difficult to time against better fastballs. He has some batspeed, which helps to compensate, but it helps to remember that Biondi has only been a .304 hitter over his college career who’s shown little growth at the plate. A sprained thumb this season might disguise his improvement, but it’s still a concern. His plate discipline is a positive however, as he sports a low strikeout rate and a fairly strong walk rate.

Luckily, he has plenty of speed, rating as an above average runner, and he pairs this with strong instincts and a solid arm in the outfield, making him an above average defender out there. On the bases, he’s very aggressive, stealing 103 bases during his college career, getting caught just 27 times.

As a college senior, a lot of people expected Biondi to go earlier as a signability grab, but in the end he fell to the Mets in the ninth, which represents a solid value for a player with his speed and defensive value. I’m not sure he’s going to hit enough to become a regular outfielder, but he has a good chance at becoming a fourth outfielder and a great chance at making the majors, even if only as a fifth outfielder who can handle center with aplomb and pinch run. The bat's going to determine just how valuable he can be.