Andrew Brown went 3-4 with two home runs and a triple but it wasn't enough as the 51s lost to Tacoma, 10-7. You could say Brown has lobby for a promotion to the big league club, with six hits and three homers in his three games since returning from the DL. Wilmer Flores showed some lobby as well, going 2-4 with a home run. Flores is now at .306/.350/.489 as a 21-year-old in AAA. Despite this, I am not in favor of promoting Flores any time soon. No need to rush him and it's not as though he's mastered AAA at this point. Keep him down there, let him continue to develop, and hopefully he'll force your hand. No point in starting his service clock this early on in a lost season.

No Scheduled Game but there is still news to report--Cesar Puello was named the Eastern League's Player of the Week for June 3rd through June 9th. Over that time, Puello went 12-24 with two doubles, five (!) home runs, two walks, three strikeouts, and two stolen bases which is good for a triple slash of .500/.538/1.208. Puello has done more to raise his prospect stock this year than anyone else in the system, and that includes Rafael Montero.

In a rare offensive outburt, the St. Lucie Mets scored nine runs to pick up Noah Syndergaard, who was victimized twice by the long ball. Syndergaard cruised through the first five innings, allowing just a home run and a single in the second and retiring everyone else he faced. In the sixth he gave up a homer and a single again, this time in the wrong order. He started the 7th but was pulled after allowing a walk and a single. The dingers are not ideal but the five strikeouts against one walk are.

In other news, Dustin Lawley, TJ Rivera, Aderlin Rodriguez, and Noah Syndergaard have all been selected for the FSL all-star game. I think this group should give you a good idea of just how few prospects there are down in St. Lucie. 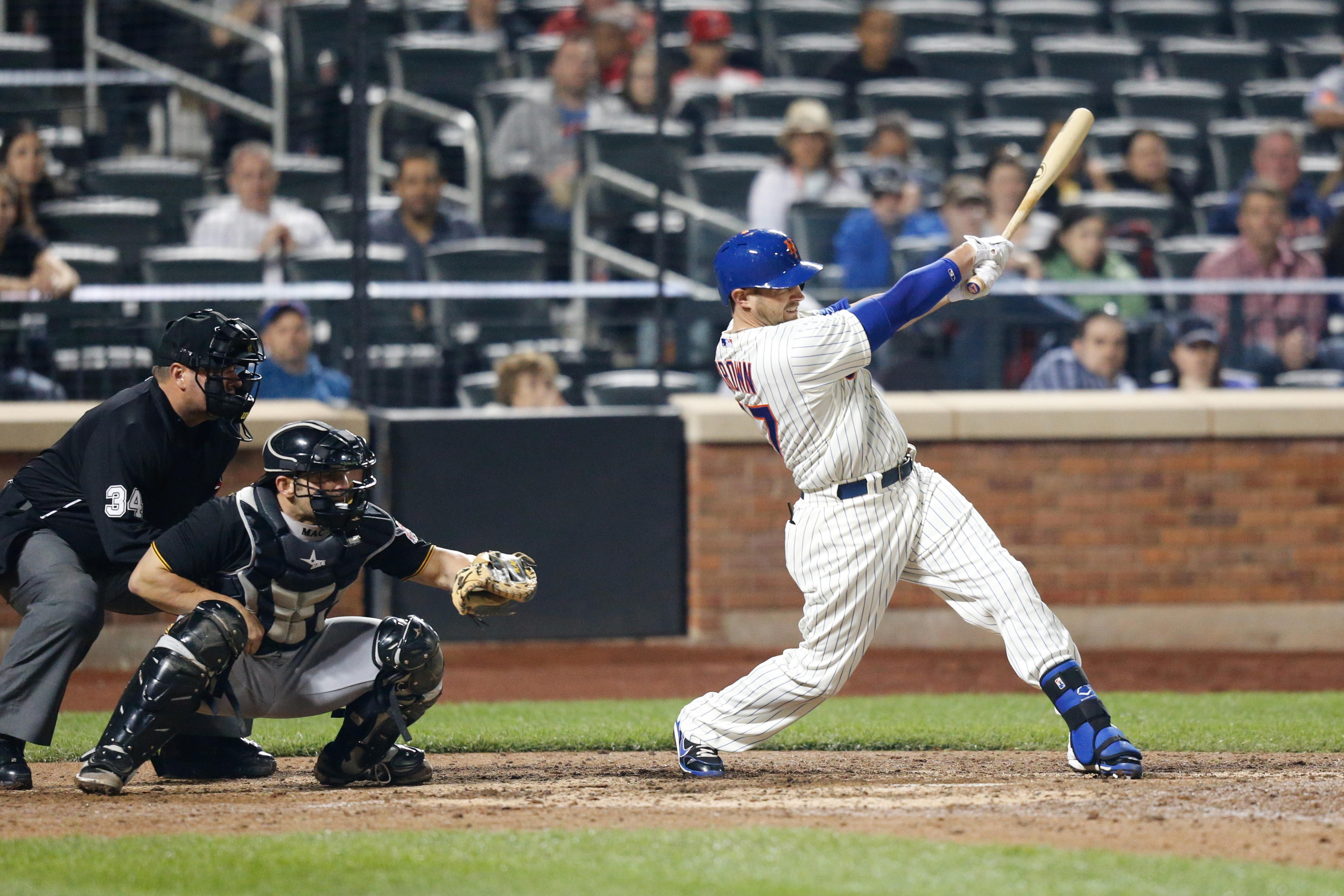 Andrew Brown gets the star for his 3-4 night that included two home runs and a triple. Brown has #lobby.

Chris Schwinden was lit up to the tune of six runs in five innings to raise his ERA to 5.97 on the season. A performance worthy of the horns.