The Mets scored two runs in the first inning but then gave up nine unanswered runs to the Cardinals. Seven of those nine runs were unearned. Woof.

It usually takes until after the All-Star break to bust out the "Reasons to continue watching the Mets" blog post, but with the Mets continuing to lose horrible game after horrible game, that post may be rapidly approaching. After tonight's 9-2 debacle against the Cardinals, the Mets' record is 23-36. They sit 13.5 games behind the first-place Braves in the NL East and Baseball Prospectus pegs their chance of making the postseason at 1.5%. There are reasons to continue watching the Mets, but outside of Gary, Keith, Ron, and maybe Jeremy Hefner, none of them were prominent tonight. 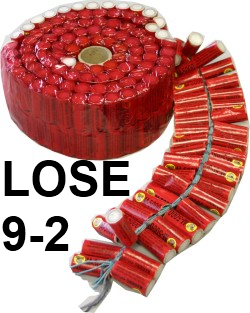 The game started well enough. After Hefner sent the Cardinals down one-two-three in the top of the first inning, the Mets took a 2-0 lead in the bottom half of the frame. Omar Quintanilla continued to mash, hitting a solo home run to right field which gave the Mets a 1-0 lead. Q now sports a nifty slash line of .325/.372/.575 in 43 plate appearances since being called up. After the homer, the Mets loaded the bases on two walks and a single against wild Cardinals starter Michael Wacha. Marlon Byrd stepped to the plate and hit a sacrifice fly to give the Mets a 2-0 lead. John Buck then walked, loading the bases again for recently-recalled Kirk Nieuwenhuis. However, Kirk grounded out to end the inning. That ends the offense portion of the recap, as the Mets didn't score the rest of the game and in fact only reached base four more times.

Hefner turned in yet another respectable start and deserved better. He pitched six innings, striking out two, walking one, and allowing just one earned run. The problem was he also allowed five unearned runs, thanks mainly to some poor defense from new first baseman Daniel Murphy. With the Mets leading 2-1 to start the fifth inning, Murphy botched a routine ground ball, allowing Jon Jay to reach base safely. After a Pete Kozma double, Wacha notched an RBI groundout to tie the game 2-2. Next up, Matt Carpenter walked, setting up a first-and-third, one-out situation for Yadier Molina. Hefner did his job, inducing a tailor-made double-play grounder. However, David Wright boofed it, and was only able to get one out at first base. That gave the Cardinals a 3-2 lead, a lead they would not relinquish. After a Matt Holliday infield single, Allen Craig cracked a three-run home run to put his team up 6-2. Again, all five runs in the inning were unearned.

The Cardinals added two more runs in the seventh inning thanks to more shoddy Mets defense. Nieuwenhuis dropped a non-routine but catchable fly ball hit by Molina against Mets reliever Greg Burke. Instead of no runners on with two outs, the Cardinals had a runner on second base and only one out. Holliday singled home Molina to make the score 7-2. After a Matt Adams double and David Freese walk, Josh Edgin came on in relief of Burke to make his first big-league appearance since April. It didn't go smoothly, however, as Edgin walked in a run before getting Kozma to ground out. Shane Robinson hit a ninth-inning solo home run off David Aardsma to cap the scoring.

To sum up how things went tonight, here is a picture of a depressed-looking Ike Davis, who took part in a pre-recorded interview that was shown during the game: 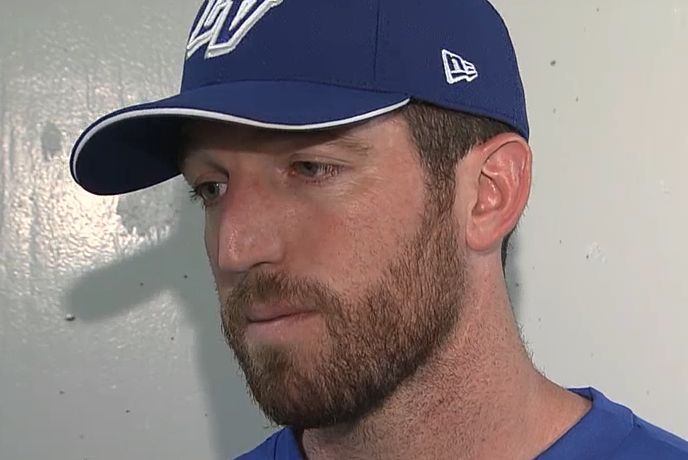 The Mets face the Cardinals Wednesday night at 7:10 pm in game two of the series. The pitching matchup is Dillon Gee vs Shelby Miller. Good luck to the Metsies against the current best team in MLB.