Early returns from the Mets' 2013 draft

As the dust settles on the 2013 draft, read numerous (way-too-early) reactions about the Mets' haul, including SB Nation's very own prospect guru, John Sickels, Baseball Prospectus, and me!

Share All sharing options for: Early returns from the Mets' 2013 draft

Over at Minor League Ball, Jon Sickels is in the process of giving his early thoughts on each team's draft results. Earlier this week he shared his thoughts on the Mets' draft:

"Another mixed class, with upside early then shifting gears to more polished college guys. Smith has the bat for first base and could win gold gloves too. Church and Meisner are athletic, projectable types who will need patient development; Wilson is a strong athlete who will need similar perseverance. Bloodlined Mazzilli, switch-hitting King, power hitter Oberste, strike-throwing Knapp, and speedy Biondi are all solid college choices in their rounds who provide depth to the system; all have a chance to exceed expectations. There is risk at the top but balance as well."

Pretty standard take on the Alderson regime's third draft at the helm.

In fact, over at Baseball Prospectus Patrick Ebert recently completed the same exercise with similar comments, as they relate to the Mets:

"The Mets targeted upside with their first four picks, taking a quartet of high school players. Hard hitting first baseman Dominic Smith, arguably the most dynamic pure hitter of the 2013 draft class, was the first of these picks. Smith's affable personality in addition to his talents could allow him to become an embraced star in New Yor, and his polished approach and left-handed swing could allow him to advance quickly to the big leagues.

After the third round the Mets switched gears and targeted players from the college level that may not have the upside as their prep counterparts, but have a proven track record for success. Infielders L.J. Mazzilli (4) and Matt Oberste (7), outfielders Jared King (5) and Patrick Biondi (9) and right-hander Ricky Knapp (8) all could be poised to enjoy immediate success in the lower levels of the minor leagues, and could also be promoted aggressively.

Slick-fielding prep shortstop Luis Guillorme (10) has already signed with the team, and the Mets took some interesting arms in the later rounds including John Magliozzi (17), Dan Herrmann (20), Daniel Procopio (22), and Ricky Jacquez (25)." 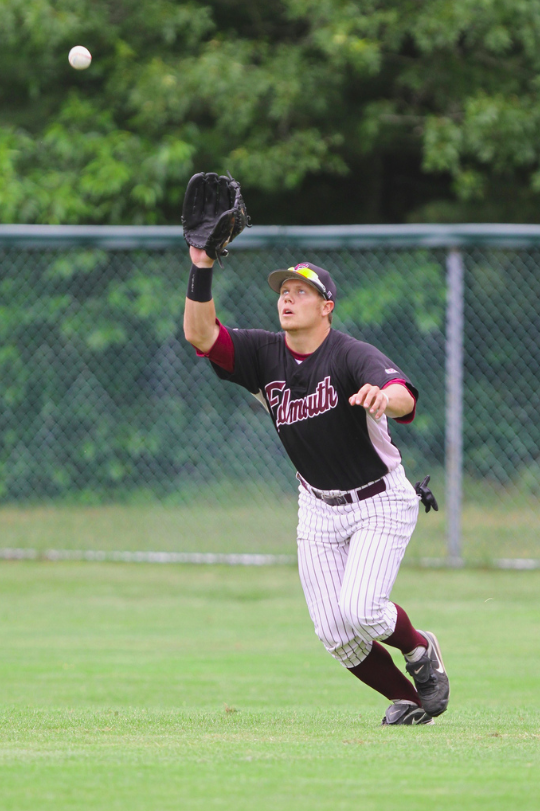 Frankly, the Mets followed the template for how to effectively replenish an organization through the draft, which more or less breaks down into three segments:

Draft history dictates that in the early rounds you have to make your hay (a.k.a. your future all stars, impact talents, and more or less best players). And in keeping with this fact Sandy and co. adhered to the Best Player Available approach. Obviously there is no guarantee that the particular players they chose will become those future all stars. But they gave themselves the highest likelihood to hit on one -- or more -- by not compromising the BPA approach over qualms about developmental timelines or organizational needs -- a hallmark of the Omar Minaya regime -- selecting four high upside, prep players.* 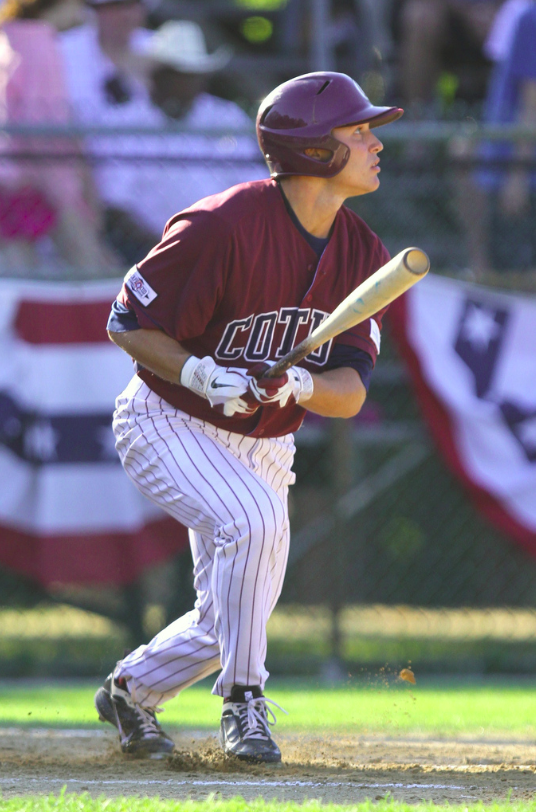 The middle rounds are the filler period. The odds of hitting on an impact talent from this point on go from just plain bad to dismal; however, the odds of finding the inglorious, albeit valuable, organizational talent does not. These are the rounds that create that 'upper minors depth' that Sandy so longingly speaks about. Therefore, instead of high upside, this is the time for polished guys -- usually the college players -- whose 'proven track records' give assurance that they'll one day flesh out the St. Lucie and Binghamton rosters with capability. And if your scouts are earning their paychecks, for a handful of those players that capability will give way to late -- or hard to envision -- growth, the kind that may produce major league careers. These are the Hefners, the Dudas, the Satins, etc.

For the record, during these middle rounds -- for our purposes, I'll define them as rounds five through 19 -- the Mets drafted 13 of 14 college players. 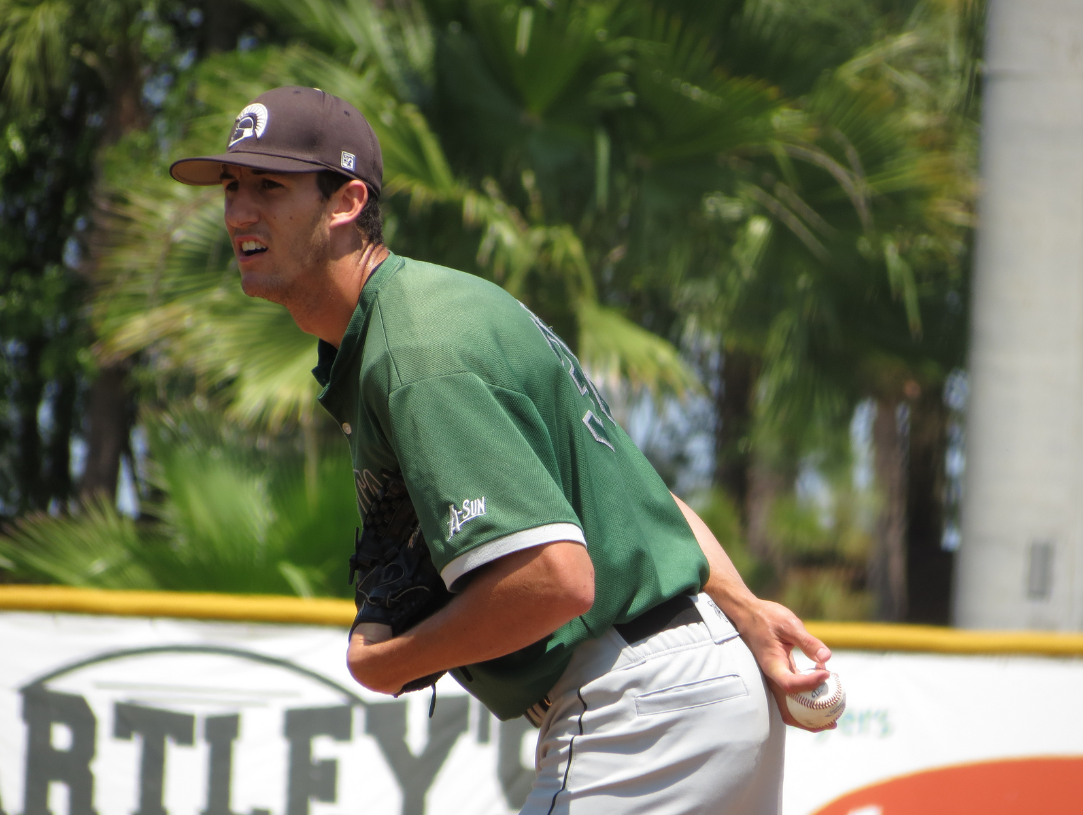 Finally, the later rounds are the time to take your long shots. This is when you can reach on raw, more often than not high school talent without feeling bad about compromising depth. Because as the draft moves past the teens and into the twenties the odds turn against players even competing at Double-A. Now you grab the guys with the big arm/messy delivery profile. Or the small college/DIII standouts who haven't faced another drafted prospect all spring. Basically, just grab anyone who a scout or two finds interesting, with the understanding and acceptance that he probably won't make it past A-ball.

It was during this period that over half of the Mets' selections came from high school. The others came from places like Rio Hondo College, Columbus State University, and the University of South Carolina-Upstate.

In short, the Mets drafted right. Don't misunderstand me; that doesn't necessarily mean they drafted well. Again, there's no guarantee that many -- or any -- of these players will pan out; we'll only know that about five years down the line. (Fortunately, they ended up near the top of the list in terms of Baseball America's Top 500 Draft Prospects selected -- so the early prognosis is positive.)

But going back to the central theme of the Sandy Alderson regime, their process was extremely sound. Do this enough times -- while again, being sure of the scouts you employ -- and the slight uptick in probability turns you from drafting like, well the Mets into draft day pillars like the Braves or the Rays.

*In fact, as Gary stated on the broadcast a few nights ago, the Sandy regime deserves a lot of credit for sticking to the long-term gameplan despite more than a little adversity thus far. Alderson's contract runs through the 2015 season, though you wouldn't know it as the club continued to trade Distance From the Majors for Upside in the all-important early rounds. Hell, maybe the regression of numerous major league lynchpins -- if not core players -- helped Alderson maintain the longview as their backsliding inherently pushes back the club's timeline for competitiveness.