In his AAA swansong, Zack Wheeler had one of his finest outings of the season, going 5.2 IP 1 H, 1 ER, 2 BB, 7 K before being pulled due to a pitch count. Per the broadcast, Wheeler's fastball was between 95 and 97. His breaking stuff flashed awesome, tossing a 90 MPH slider for a strikeout in one inning and grooving in a curveball that induced oohs and aahs from the crowd in another. The only blemish was a solo home run allowed in the fifth. Wheeler (hopefully) wraps up the minor league portion of his season having gone 68.2 IP, 3.93 ERA, 61 H, 30 ER, 27 BB, 73 K. Unfortunately, Wheeler was tagged with the loss in this one because the 51 bats were completely shut down by Erasmo Ramirez and the bullpen got lit up to the tune of 10 runs on 9 hits, including four home runs. The bright side is that Wheeler will be used to not getting run support by the time he hits the big leagues, amiright?

TJ Rivera singled home Gilbert Gomez in the top of the 9th for what proved to be the winning run as St. Lucie beat Clearwater 5-4. Domingo Tapia continued to do very little to raise his prospect stock, walking five in just four innings. Tapia--who came into the year as our 5th ranked prospect--has really underwhelmed me this season. His 41/25 strikeout to walk is particularly disappointing.

Jayce Boyd fell a double shy of the cycle as he led the Sand Gnats to a 9-4 win Thursday night. Boyd went 4-4 with a walk while also scoring two runs and driving in three. Jack Kuebler--who seems to have been bumped up to the starting rotation when Rainy Lara was promoted--was sharp, tossing five scoreless innings. Brandon Nimmo tripled and struck out twice in five plate appearance. 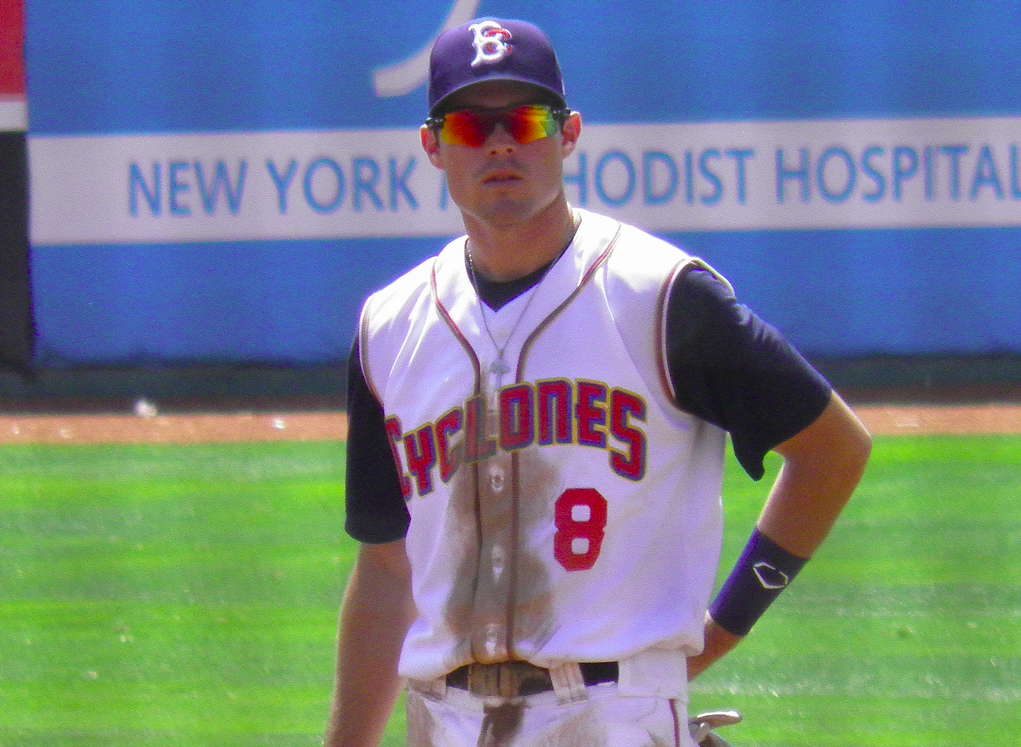 Jayce Boyd was 4-for-4 with a walk, making his selection as star of the night an easy choice. The knock on Boyd has been a lack of power, but to his credit he's slugged .520 at home in Historic Grayson Stadium, which is notorious for power suppression.

Gonzalez Germen--who has been having a decent season, at least peripherally--had a melt down in Vegas, going 1.1 IP, 7 H, 7 ER, BB, 0 K to raise his ERA from 4.84 to 6.38. Of the seven hits he allowed, four left the ballpark. A performance worthy of the horns if ever there was one.